UK’s most opinionated man, Bernie Carroll, has written angry letters to his local paper every single day -- for 42 YEARS. 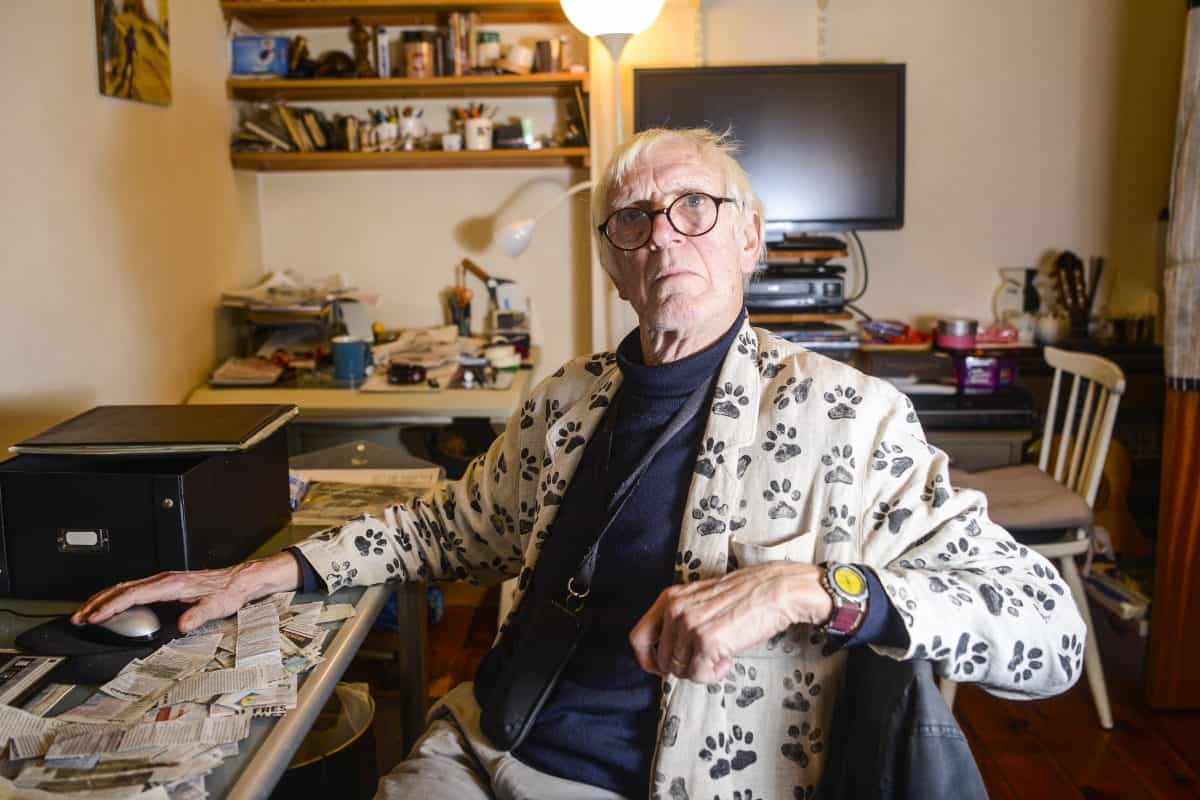 The UK’s most opinionated man has penned angry letters to his local paper every single day – for 42 YEARS.

Bernie Carroll, 70, has been sending daily “obsessive ramblings” to the Liverpool Echo since 1978.

He first wrote a letter mocking the council about something he “can’t even remember”.

It was the first of many as the compulsive writer has sent over 15,000 letters to the paper, amassing roughly four million words over the years.

The letters were initially a way for Bernie to vent about the “militant council of the 70s and 80s” in Liverpool where he lives.

Over the years there hasn’t been a single topic he hasn’t had an opinion on.

His most recent letters focus on his frustrations at the non-stop fireworks in his area and dog poo bags being left on railing in parks.

Bernie said: “I’m the most opinionated man in the UK. There’s nothing I won’t have an opinion on.

“In the 80s it was utter lunacy – I just felt angry all of the time and had no outlet until I started writing the letters.

“They once sent taxis to give out redundancy notices to teachers – I’m sure that money was well spent.

“My current annoyance is with these non-stop fireworks that keep going off. It’s like people have money to burn.

“And these dog-poo bags that are hung around park railings. It’s a tasteless new Brit-art genre intended to provoke thought and debate, like Tracey Emin’s grubby bed.

“I know my letters probably won’t ever lead to any actual change or solve any issues, but it’s a cathartic experience for me.

“Writing gives me closure and I think it helps me cope with all the anger I have.”

His letters are typically critical but also humorous, as he says it’s easier to get his point across that way.

The former musician spends each morning reading the Liverpool Echo before scanning the nationals to find new “beef”.

His process involves research followed by an hour where he neatly jots down his thoughts on any loose paper he can get his hands on.

He’s a stickler for grammar and says he carefully edits every letter to roughly 250 words so they are “short but incisive”.

After reading about competitive eating sometime in January this year, Bernie felt compelled once again to write into his local paper.

He wrote: “Competitive Eating? Whoever invented this obscene abomination and why when there are people in Yemen eating their pets and living off tree bark?”

Writing on the sudden rise of lip fillers among young women, he opined: “There is something deeply unedifying about cajoling young people into undergoing unnecessary cosmetic procedures in the interest of profit and it should be discouraged.

Another beef he’s had recently was regarding the new Trans-Pennine trains.

He said: “Trans-Pennine have recently introduced their state-of-the-art fleet of trains. Built is Spain, tested in the Czech Republic and brought to a virtual standstill in Britain.”

While Bernie takes the time to write a letter each morning, only three or four get published each week.

He recalled how in 1997 or 1998 an editor “had it in for him” and boycotted his letters which left him in the “wilderness” for nearly two years.

He said: “I’ve been writing for so long I don’t know how many reporters and editors have come and gone, but one guy had it in for me.

“He boycotted my letters and I didn’t see one published for nearly two years.

“It was like being left in the wilderness with nothing but my angry thoughts – but I sent them anyways.”

He said he used to write every letter by hand but after spending £20 a week on postage, he now drafts them by hand and sends them to the paper via email – which has made “being angry more affordable”.

A linguist fluent in German and Russian, Bernie hates the word “amazing” but said he’s only beginning to learn about emojis – and is a fan.

Bernie, who’s been married for 20 years, said: “I’m just getting my head around emojis at the moment, it’s a great idea but I haven’t been able to use them yet.

“The one word that always annoys me is amazing. It’s like the only adjective anyone ever uses and it’s completely lost its meaning.”

Bernie and his wife Stephanie never had children – which is why he believes he’s had so much time to write to his paper.

He said: “I’ve been writing letters longer than I’ve been with my wife, and I think writing them probably saved my marriage as I don’t have to pester her anymore.

“I’ve got no children so maybe that’s given me more time to write letters. I don’t have time for children.

“I have never been able to commit to doing anything in my life other than the letters and my marriage.”