“Our hope was to continue serving the Queen, the commonwealth, and my military associations, but without public funding. Unfortunately, that wasn’t possible.” 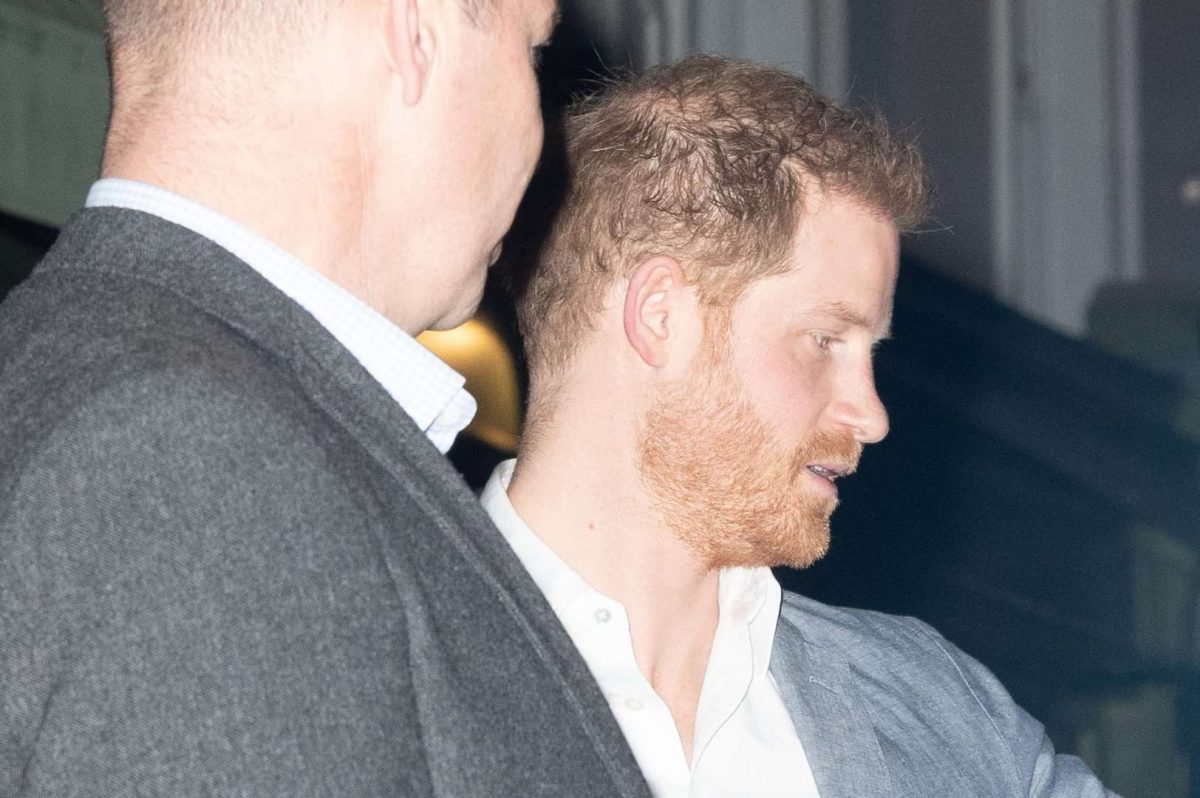 The Duke of Sussex has said that he and his wife were standing down from the royal family with “great sadness”, but there was “no other option”.

Harry said he and Meghan had hoped to continue serving the Queen, the Commonwealth and his military associations, without any public funding, and continue to collaborate with the Royal family, but had been told that this was not possible.

In his first public speech since the couple’s decision to step down as senior royals, Harry said he wanted his family to have a “more peaceful” life.

The Duke of Sussex  added: “Once Meghan and I were married, we were excited, we were hopeful, and we were here to serve.

“For those reasons, it brings me great sadness that it has come to this.

“The decision that I have made for my wife and I to step back, is not one I made lightly.

“It was so many months of talks after so many years of challenges.

“And I know I haven’t always gotten it right, but as far as this goes, there really was no other option.

“Our hope was to continue serving the Queen, the commonwealth, and my military associations, but without public funding.

The duke was speaking at a dinner for supporters of Sentebale – his Africa-based charity supporting youngsters with HIV – at the Ivy Chelsea Garden in London.

It comes a day after royal family talks concluded and the Sussexes announced they will stop carrying out royal duties from the spring, no longer use the title HRH and will repay the taxpayers’ millions spent on their Berkshire home.

Co-ordinated statements had been issued by the Royal family and the Duke of Sussex, but last night he suggested the choice to leave was not his.

But Harry said the couple will continue to lead a life of service, and were taking a leap of faith.

He added: “It has been our privilege to serve you, and we will continue to lead a life of service.

“I will always have the utmost respect for my grandmother, my commander in chief, and I am incredibly grateful to her and the rest of my family, for the support they have shown Meghan and I over the last few months.

“I will continue to be the same man who holds his country dear and dedicates his life to supporting the causes, charities and military communities that are so important to me.

“We are taking a leap of faith – thank you for giving me the courage to take this next step.”

The agreement is subject to a twelve month review and can be reversed if the Sussex’s want to return to the Royal family full-time.

The duke also praised former Wales rugby captain Gareth Thomas – who is thought to be the first UK sportsman to go public about living with HIV – for changing the way people think about the virus.

He also introduced singer Lewis Capaldi who he said had flown in directly from Malaysia, via Dubai, on his way to the Grammy Awards in LA.

Harry added: “I can’t not mention my dear friend Gareth Thomas – who in my mind – has quite literally changed the way people think about HIV – so thank you bud.

“By being here tonight, every one of you are helping to fight that stigma and helping a generation of children and young adults to becoming the generation that ends it.

“There’s a lot to do, but it’s only possible by working together and receiving support from people like yourselves and like Lewis Capaldi, who has so generously flown here directly from Malaysia, via Dubai, taking tonight out as a detour on his way to the Grammys in Los Angeles – where he is nominated for best song.

“Lewis, thank you for taking time out of your busy schedule to be with us this evening. We are all incredibly grateful.”

Harry’s grandmother, the Queen, issued an emotional statement on Saturday, saying she recognised the “challenges” the couple had faced over the past year.

Unusually, she used the first names of her grandson and his family in a public message.

The Queen said: “Following many months of conversations and more recent discussions, I am pleased that together we have found a constructive and supportive way forward for my grandson and his family.

“Harry, Meghan and Archie will always be much loved members of my family.”

She added: “I recognise the challenges they have experienced as a result of intense scrutiny over the last two years and support their wish for a more independent life.

“I want to thank them for all their dedicated work across this country, the Commonwealth and beyond, and am particularly proud of how Meghan has so quickly become one of the family.

In statement issued previously on behalf of the couple by Buckingham Palace, they said that under the agreement they understood they were “required” to step back from royal duties.

Earning money from lucrative contracts and still remaining active members of the monarchy would have been problematic and has caused issues for royals who have tried to straddle the two positions in the past.

The deal was dubbed a hard “Megxit” by the media and a source told the Press Association “you can’t be half in and half out”.

Meghan and Harry have already begun a transition phase of living in Canada and the UK.

The duchess is in the Commonwealth country with son Archie, where the Sussexes spent six weeks over the festive period.

The move was agreed by the Queen, Prince of Wales and Duke of Cambridge following the Sussexes’ unprecedented statement released earlier this month.

It is understood the couple will now spend the majority of their time in Canada, with Harry expected to join his wife sometime this week.

The Sussexes keep the style of HRH – His or Her Royal Highness – but the statement issued on their behalf said it will no longer be used from the spring “as they are no longer working members of the royal family”.

Harry’s mother, Diana, Princess of Wales, was stripped of her HRH in 1996 following her divorce from Charles.

The duke will continue to work with his charities and organisations like the Rugby Football League and Sentebale – his Africa-based charity supporting youngsters with HIV – and the duchess will remain with her good causes.

Harry will give up a Commonwealth role and his three military appointments, the most prominent being Captain General Royal Marines.

All the new arrangements are due to come into effect in the spring and will be reviewed by Buckingham Palace in 12 months.