The "wonderful" and "uplifting" video has been shared widely across social media - including by Rick Astley himself. 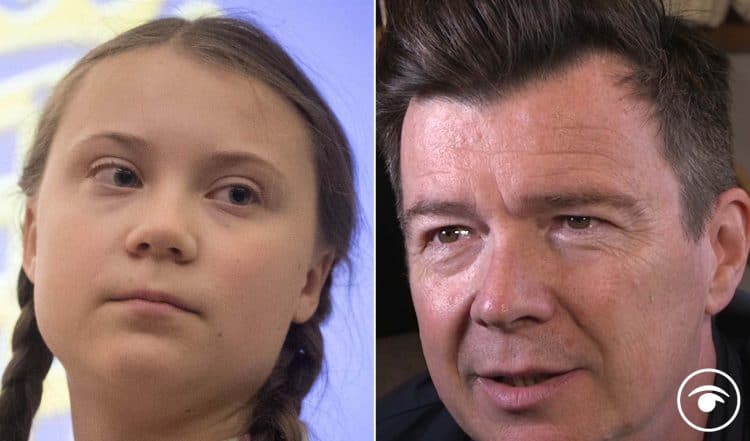 Greta Thunberg took a brief break from saving the planet this weekend as she attended theClimate Live concert in Stockholm.

The activist looked set to deliver another profound and important message about the crisis facing our planet, but then she said the familiar words: “We’re no strangers to love…”

The crowd immediately cheered “You know the rules, and so do I,” chipped in a fellow activist on stage, before the pair burst into song and dance to the Eighties classic.

For those of you who don’t know, “Rickrolling” is an internet meme that centres around unexpected out-of-context appearances of Astley’s 1987 hit “Never Gonna Give You Up”.

The man, the myth, the legend Rick Astley himself has since responded to Thunberg’s “rickrolling.”

Video footage of the stunt was shared on Twitter by Astley, who praised the 18-year-old campaigner.

In English, the latter phrase translates to: “Thanks so much.”