"Living for John Bercow slagging off the PM on GMB this morning," wrote one viewer. 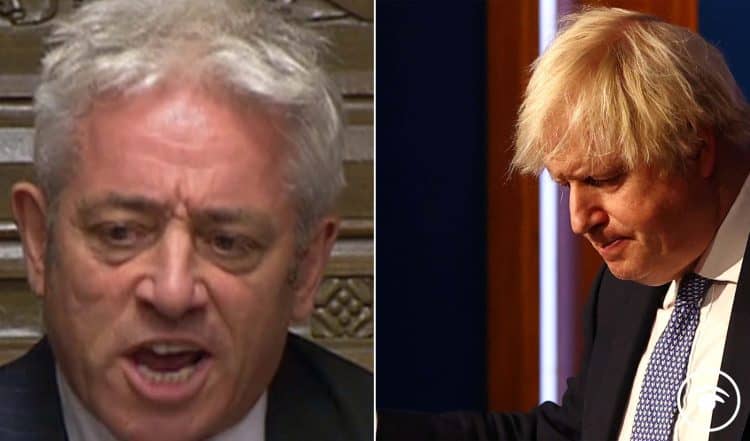 John Bercow, like nearly everyone else, is furious with the prime minister and appeared on Good Morning Britain today to tell the nation in no uncertain terms just how much he doesn’t like him.

Fresh claims have emerged over an alleged Christmas bash in Number 10 as the prime minister remained under intense pressure, fighting fires on all fronts as the Tories tank in the polls.

A senior Tory MP urged Boris Johnson to “get a grip” on matters following reports that Downing Street’s director of communications made a speech and handed out awards at the event said to have taken place on December 18 2020.

ITV News reported on Thursday that Jack Doyle, who was then deputy director of communications at No 10, addressed up to 50 people at a Christmas gathering said to have been held on that date.

Needless to say, the public’s patience with the PM seems to be wearing thin.

Former speaker and Conservative MP Bercow seemed to adequately sum up this discontent on GMB this morning.

He told the presenters that Johnson is a “habitual liar” who “stinks in the nostrils of decent people”, and branded him the worst prime minister he’s lived through “by a country mile”.

He said: “The person who is in charge of the ship is regarded as a serial dissembler, as an habitual liar, as somebody who has made his career through ducking and dodging and diving and dissembling and deceiving people.

“I’m sorry to say it but I’ve known 12 prime ministers in my lifetime and by a country mile Boris Johnson is the worst.

“His natural instinct is not to be open, not to be transparent, not to be accountable, but narcissitically to think ‘what suits me, how can I extricate myself from this awkward situation, by what means can I arrogate blame somewhere else?’”