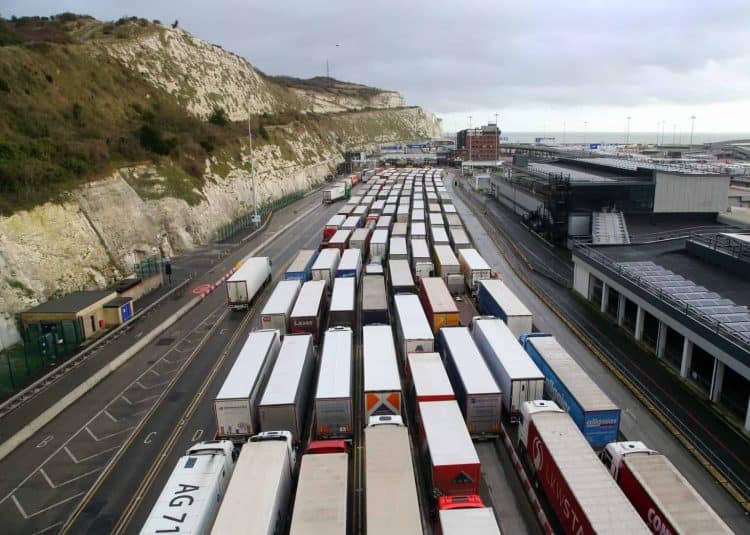 The UK has just months to avoid huge disruption to holidaymakers when new EU rules come into force – despite knowing about the problem for two years, the chief of Dover port has warned.

It comes as the government said massive delays at Dover this week are nothing to do with Brexit, but a video by Byline TV argues otherwise.

Also according to union Unite, additional border checks introduced at the beginning of this year – adding ten minutes to boarding times for each vehicle – have caused lengthy delays and eye-watering tailbacks, ITV reported.

Since 1 January, lorries taking goods from the UK to the EU have used the government’s new IT system, the Goods Vehicle Movement System (GVMS), in order to be allowed to leave the port.

British tourists headed for city breaks in Paris or sunny getaways in Spain in September could be hit by new biometric checks set to be required at the border.

A nightmare scenario where the new rules are enforced without a solution could see tourist traffic at the crucial ferry port grind to a halt, chief executive Doug Bannister told the PA news agency.

Previously there have also been fears the new border checks could lead to 17-mile tailbacks in Dover – and time could be running out to fix the problem.

Byline TV headed out to speak to drivers on the frontline, they tweeted a video with the caption: “The Government say massive delays at Dover this week are nothing to do with Brexit, while banning staff from giving interviews. One customs agent took us inside to speak to drivers who had been waiting up to 24 hours. Every single one of them blamed Brexit.”