"The man pulled out a knife saying he will stab him." 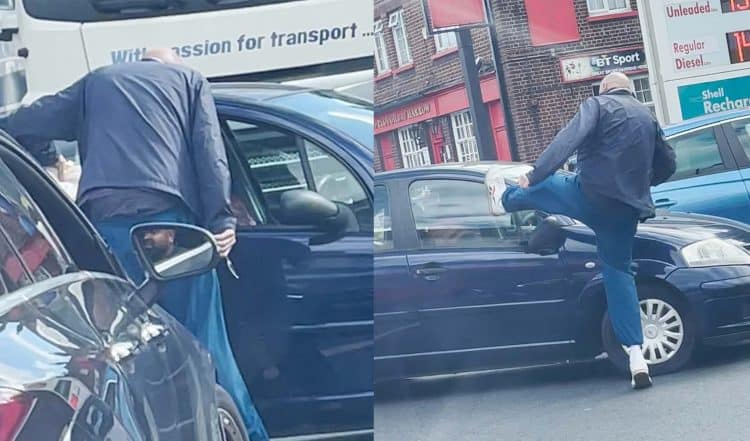 This shocking video captures the moment an angry motorist appears to pull out a knife on a fellow driver during a terrifying row at petrol station over queue-jumping.

The man screamed obscenities and punched and kicked a blue Citroen as tensions reached a boiling point on the forecourt.

At one point the motorist in the Citroen drove directly at the knifeman to get away.

He said: ““The man with knife got out of car in the queue due to man in the blue Citroen pushing in from the other side of the road from a side road.

“The man pulled out a knife saying he will stab him.

“The guy then attempted to run him over, so the knife man kicked the car and banged the window.

“I believe the man in car called the police, but the knife man walked off.”

Violence at petrol stations has been captured all around the UK as motorists continue to panic buy due to an apparent shortage of supplies due to a lack of HGV drivers.

Related: Watch: Fuelled with rage as fight breaks out on petrol station forecourt