Restructuring and staff reductions meant he had 130 projects to keep track of at the time. 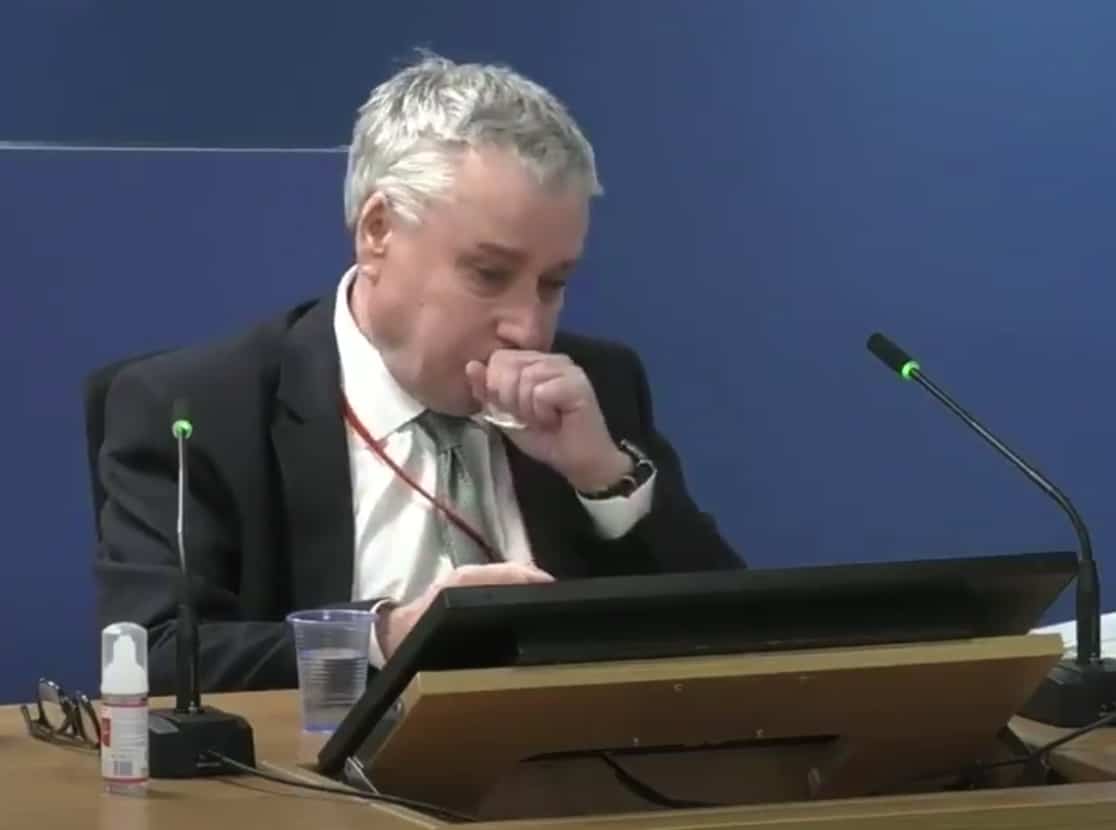 A council employee responsible for building regulations during the Grenfell refurbishment broke down during the inquiry this week, saying austerity made his job impossible.

John Hoban said government-driven staffing cuts at Kensington and Chelsea council had ramped up his workload in the run-up to the tragedy, meaning he had 130 projects to keep track of at the time.

He said that following the death of another colleague he was responsible for hundreds of separate developments by 2016 – the year the Grenfell Tower refurbishment was signed off.

Hoban told Wednesday’s session that an inevitable consequence of the increased workload, which followed a restructuring of his department in 2013, was that he could not get out to visit sites as much as he would have liked and had to seek some assurances about projects via email rather than in person.

“I wasn’t visiting certain jobs,” he said. “I was making judgments on who to visit and who to write to confirm things … the level of supervision, the standard of workmanship; whether you’d worked with particular people in the past and whether you considered that they were doing what they needed to do.”

Asked about the reason for the restructuring and staff reductions, Hoban replied: “It was mainly to do with cuts, austerity cuts.”

The inquiry subsequently heard that because Hoban had been involved with Grenfell refurbishment architect Studio E and early stage fire consultant Exova on the £40m Kensington Academy and Leisure Centre project – known as KALC – next to the tower, he knew and trusted the team.

John Hoban, a council employee responsible for building regs during Grenfell refurb, breaks down in tears during inquiry.

He said “austerity” made his job impossible, with as many as 130 projects at one point.

He quit his job weeks before the fire. pic.twitter.com/lyXpDLAnwz

“I had a confidence in the architects and the other professionals and Exova,” he said. “I dealt with them and considered that they knew what they were doing.”

Hoban said he was unaware that Studio E had never done a high-rise overcladding project before, or that Exova had not been retained as fire safety consultant when Rydon was awarded the design and build contract for the refurbishment in 2014.

“It was always my understanding that Exova were fully involved in the project,” he said.

Hoban added: “I considered it was reasonable to expect that architects would know and understand Building Regulations.”

The inquiry heard earlier in the day that Hoban quit his job as a senior building control surveyor at the west London council at the end of March 2017 because he did not feel able to do his job in the way he had been trained and felt the situation had been affecting his health. Hoban had worked as a building-control officer for more than three decades at that point.

Hoban told Wednesday’s hearing that he had originally planned to inspect work at Grenfell on a monthly basis.