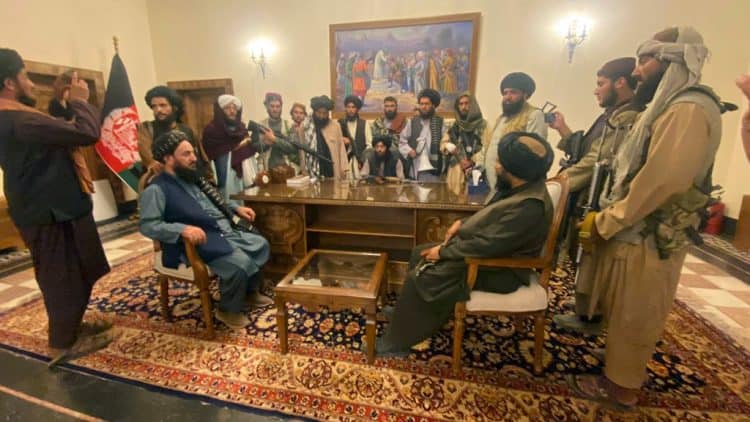 China is ready to deepen “friendly and cooperative” relations with Afghanistan, a government spokeswoman has said after the Taliban seized control of the country.

British and American troops have been deployed to the country to evacuate the last remaining nationals and local allies following the dramatic fall of the country’s Western-backed government.

Triumphant Taliban fighters have been pictured in the presidential palace abandoned by President Ashraf Ghani, who fled the country while his forces gave up the city without a fight, with new rule expected to be implemented in due course.

At the end of July, China’s foreign minister met a Taliban delegation, signalling warming ties as the United States-led foreign forces started to withdraw from Afghanistan.

Wang Yi told the nine visiting Taliban representatives, which included the group’s co-founder Mullah Abdul Ghani Baradar, that Beijing expected it to “play an important role in the process of peaceful reconciliation and reconstruction in Afghanistan”, according to a readout of the meeting from the foreign ministry.

Today, it said it “welcomed” the chance to deepen ties with Afghanistan, a country that has for generations been coveted for its geo-strategic importance by bigger powers.

“The Taliban have repeatedly expressed their hope to develop good relations with China, and that they look forward to China’s participation in the reconstruction and development of Afghanistan,” foreign ministry spokeswoman Hua Chunying told reporters.

“We welcome this. China respects the right of the Afghan people to independently determine their own destiny and is willing to continue to develop… friendly and cooperative relations with Afghanistan.”

Hua called on the Taliban to “ensure a smooth transition” of power and keep its promises to negotiate the establishment of an “open and inclusive Islamic government” and ensure the safety of Afghans and foreign citizens.