"Right on point and brutally honest!" said one Twitter user. 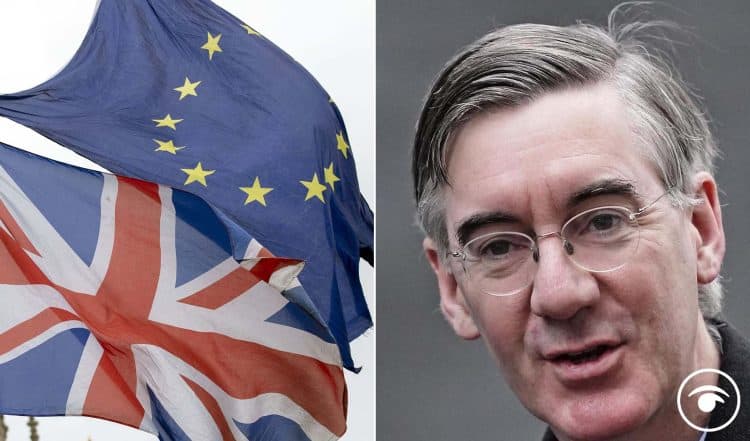 The Government is to delay new controls on goods moving from the island of Ireland to Great Britain while negotiations with Brussels on the Northern Ireland Protocol continue. It comes as Brexit and the Tory party leaders came under fire yesterday.

The Government is seeking major changes to the protocol – which covers the movement of goods from Great Britain to North Ireland – arguing the checks required are damaging business and fuelling community tensions.

Before PMQs kicked off yesterday Labour peer Baroness Kennedy made an appearance on Politics Live and she was less than impressed with Brexit or the Tory party leaders.

When asked if MPs should celebrate Brexit she vehemently disagreed.

She said: “Brexit has been hugely damaging to this country… and a very privileged, spoilt brat crowd of people are leading the Conservative Party just now.”

She also slammed Jacob Rees-Mogg for moving some of his business operations to Ireland so he could benefit financially from remaining in the EU, while simultaneously being one of the main voices for the UK to leave the common market.