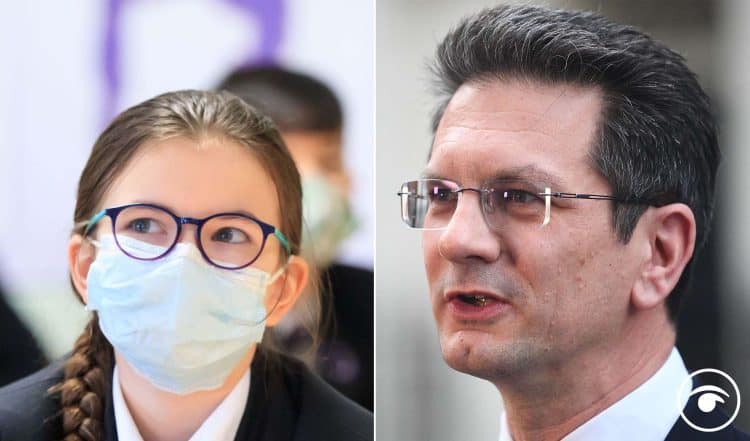 Self proclaimed ‘Brexit hardman’ Steve Baker accuse dthe PM of ‘creating a miserable dystopia’ by re-imposing coronavirus restrictions as the Prime Minister braces for a massive Conservative revolt over ‘Plan B’.

His comments come as the first death from the Omicron variant has been confirmed by Boris Johnson.

Johnson is facing what could prove to be the largest rebellion of his premiership, with more than 60 Conservative MPs said to be against the imposition of extra coronavirus measures.

Delaying action until vaccination can take hold may keep children away from the classroom “longer” in the long term, a school leaders’ union has warned.

Paul Whiteman, general secretary of school leaders’ union NAHT, has said it is already “chaos” in some schools following the emergence of the Omicron variant of coronavirus.

His warning came after Health Secretary, Sajid Javid, said he could not guarantee schools would not close again due to the pandemic.

They tweeted along with the video: “The costs on people’s lives are very, very real.” A number of Conservative MPs are set to vote against Boris Johnson’s Plan B restrictions. Steve Baker MP tells Channel 4 News that he’s voting against the prime minister to “create the kind of society that’s worth living in.”

“Hmmm now let me think who I might trust more – Steve Baker or experienced & qualified experts at London School of Tropical Medicine. It’s a close one for sure.”

List of Tory MPs who have so far promised or indicated they will vote against Covid measure.