Well, at least these guys are doing a better job of holding Boris Johnson to account than the Met Police ever did... 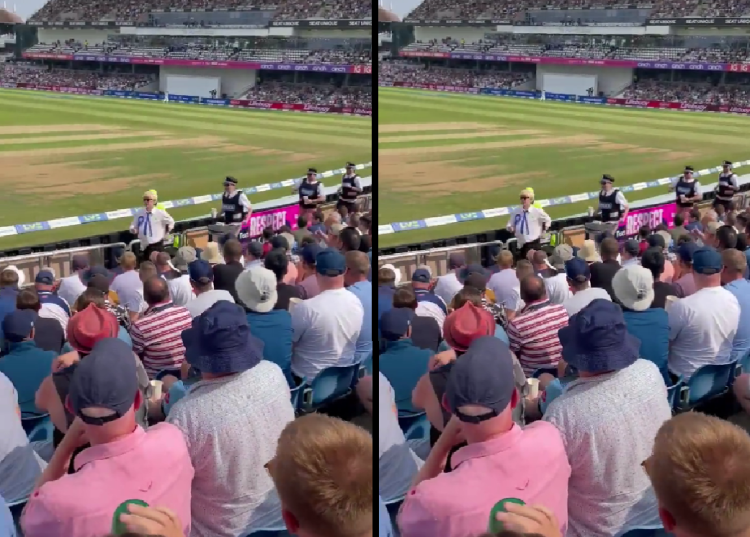 File this under ‘scenes you love to see’: The Western Terrace at Headingley Stadium was up to its old tricks on Saturday, during England’s match against New Zealand. Cricket fans were treated to some raucous banter – and even saw Boris Johnson in a police chase…

Alas, this was the was the work of revellers in fancy dress. Boris Johnson has, time and again, proved that he’s made of Teflon – and so far, he’s managed to survive the biggest political scandal of his career with ‘Partygate’. However, his reputation has been dealt a major blow.

Voters are turning away from the Conservative Party in their droves, and the Tories lost two by-elections earlier this week. Opinion polls show that faith in the PM has hit an all-time low, and earlier this month, Johnson was almost put to the sword by a vote of no confidence.

The fiasco-plagued leader soldiers on though, and even has dreams of running the country ‘well into the 2030s’. Geez, we’d say that the Boris Johnson in the video below has a better chance of being PM in 10 years than he does…

How the PM broke his own rules

If the scenes at Headingley are anything to go by, it appears that Boris is no longer entertained by the public in the same way he was ahead of the 2019 General Election. The PM has instead become a figure of ridicule – and voters aren’t willing to forget his law-breaking antics.

Johnson was fined by the Met Police earlier this year, for flouting the lockdown laws he enforced. A wave of parties at 10 Downing Street – at the height of the pandemic, no less – were the subject of multiple investigations. Staff were fined, and dismissals followed.

With that in mind, our rule-breaker-in-chief was mercilessly mocked by cricket fans on Saturday – and this clip is worth its weight in gold: