'Her use of poetic imagery and rhythmic patterns to illustrate her points is a wonderful thing indeed.' 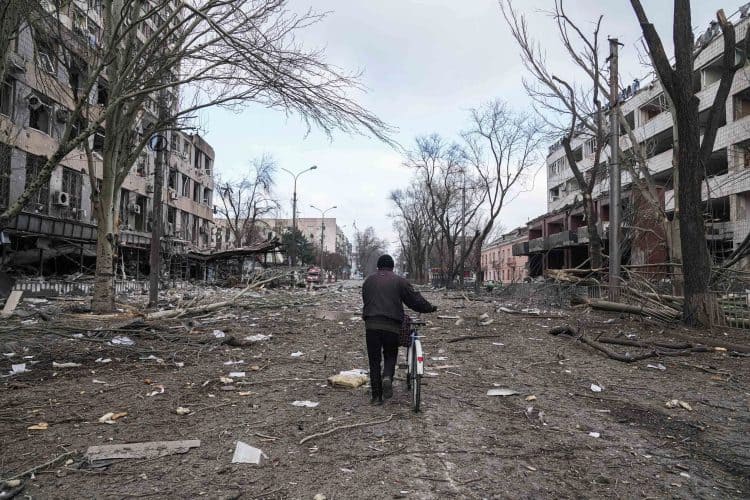 Ukrainian officials have rejected a Russian demand that their forces in the besieged strategic port city of Mariupol lay down arms and raise white flags in exchange for safe passage out.

Russia has been barraging the encircled southern city on the Sea of Azov, hitting an art school sheltering some 400 people only hours before offering to open two corridors out of the city in return for the capitulation of its defenders, according to Ukrainian officials.

Fighting for Mariupol has continued to be intense, even as the Russian offensive in other areas has floundered to the point where Western governments and analysts see the broader conflict grinding into a war of attrition.

It comes as Liz Truss has condemned the “abduction and deportation” of Ukrainians from the besieged city of Mariupol, in a move that has been likened to Nazi Germany.

A Ukrainian MP claimed that her countrymen and women were being forced to relocate to “distant parts of Russia” to work in conditions akin to slave labour.

The Foreign Secretary said she was “appalled” by the reports and vowed for Russian President Vladimir Putin to be “held to account” for his treatment of civilians during the invasion.

As the brutal war rages on a clip on the BBC will move you.

Presenter Ros Atkins asked Lyse Doucet, bout the golden dome which viewers can see behind her as she reports from Kyiv.

Her answer was incredibly moving, beautiful and very sad.