"Andrea Leadsom just used the deaths of children who drowned in the Channel as justification for her party's hateful and inhuman trafficking deal with Rwanda. She is beyond cruel. Just like the plan." 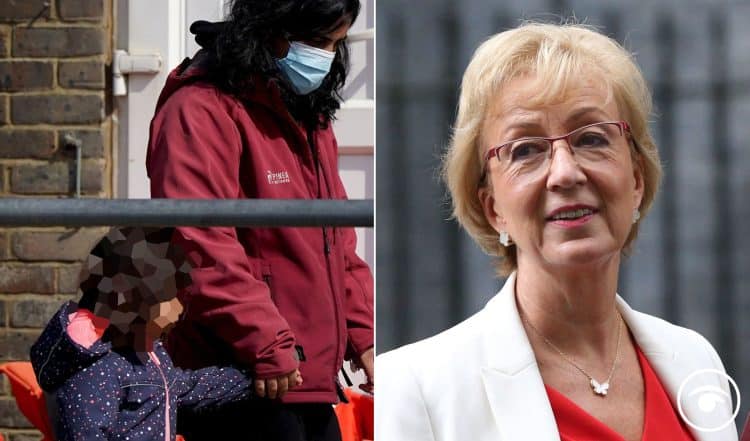 Andrea Leadsom, for it is she, stood up in the Commons today and told the House: “What I find abhorrent and inexplicable is that many of the opposition benches and even in the top echelons of the Church of England have forgotten images of drowned children… these people are not refugees and asylum seekers they are coming from France.”

It comes as Conservative former prime minister Theresa May has questioned the “legality, practicality and efficacy” of the Government’s plan to send some asylum seekers to Rwanda.

May, often seen as a hardliner on immigration, warned on Tuesday that the policy to send some migrants who arrive by unauthorised means 4,000 miles to East Africa could lead to an increase in the trafficking of women and children.

In response Laim Throp tweeted: “Andrea Leadsom says she hopes the government will be ‘ramping up’ the welcome for Ukrainian asylum seekers before, in the next breath, claiming those coming across channel are not asylum seekers as they come from France. This is categorically untrue as I’m sure she knows. Grim.”

He then went on tweet the rules on refugees, where it states: “There is no rule requiring refugees to claim in the first safe coun try in which they arrive.”

Related:‘We are better than this’: Tory grandee hits out at Patel’s Rwanda plan