Local authorities fear the black-market pork has found its way onto people’s dinner plates - amidst a shortage of butchers and abattoir workers. 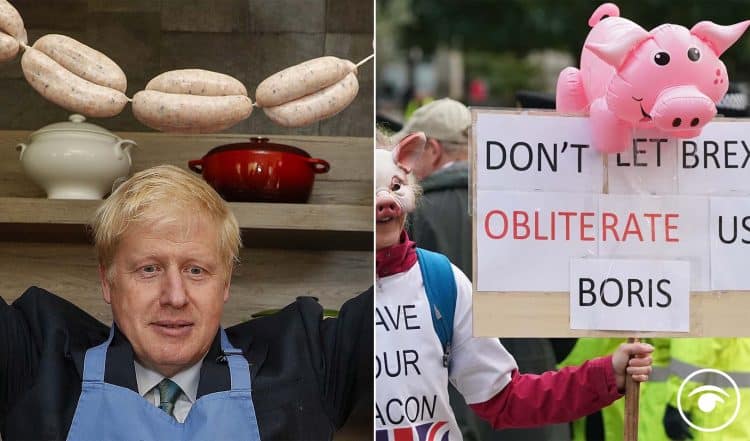 Councils are investigating fears black market meat is entering the human food chain – as criminals cash in on the pig crisis.

Local authorities fear the black-market pork has found its way onto people’s dinner plates – amidst a shortage of butchers and abattoir workers.

Several packages of dodgy meat have been found dotted around Wealden, Sussex.

Discarded pig remains have been fly-tipped on five occasions in the Crowborough and Eridge areas since mid-August – often boxed up in animal product boxes labelled ‘bones’.

Grotesque finds included carcass offcuts – and even whole pig heads – and Wealden District Council are looking to get to the bottom of it amidst fears that unregulated or black-market meat is being sold to unknowing people.

After the fifth horrifying haul was found at the end of last week, which consisted of FIVE bags of pig remains, the council’s Street Scene Team are requesting anyone with information get in touch.

A spokesperson from the council explained: “We are not making any assumptions at this stage about where the product has come from or where the meat is being sold.

“It could be as straightforward as a legitimate business trying to avoid disposal costs – that’s what we’re trying to get to the bottom of.

“We had hoped it had come to a stop, hence the reason for the appeal now.”