With unprecedented levels of homelessness, many volunteers around the country will take time over Christmas helping people without a home. 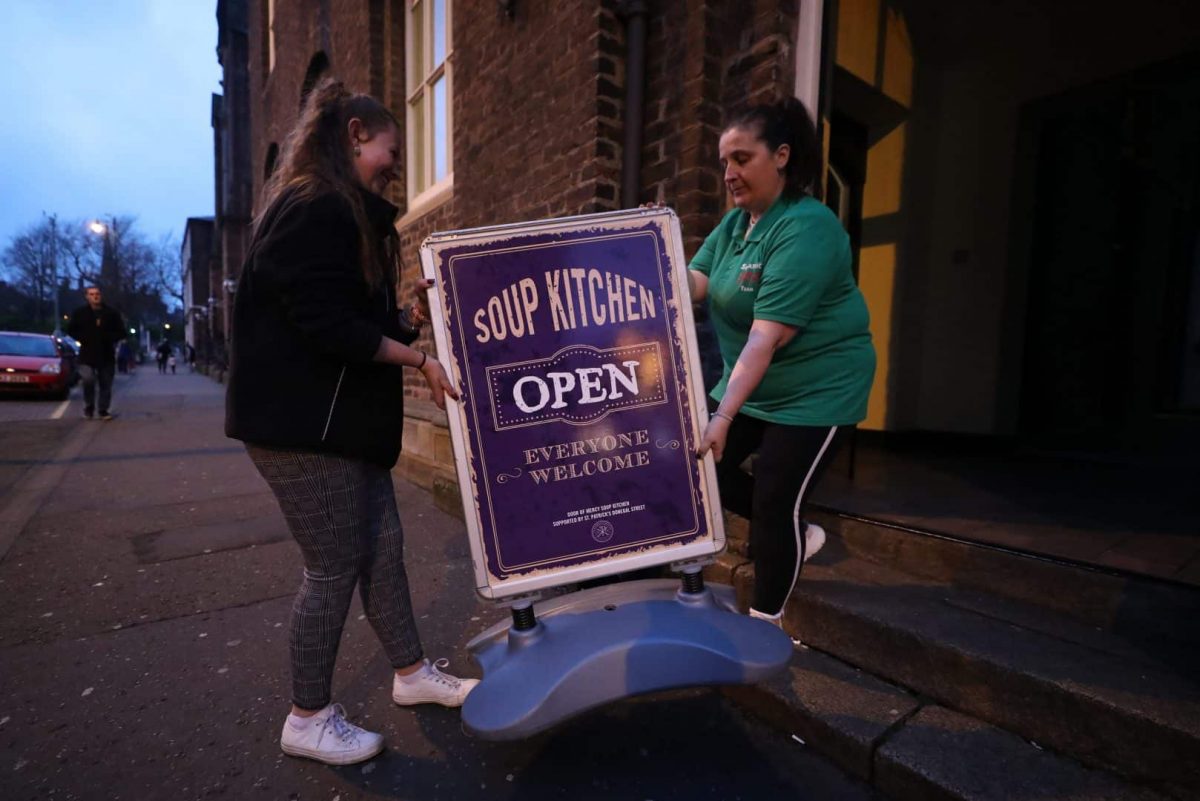 Thousands of Good Samaritans across the UK are supporting the homeless over Christmas.

With unprecedented levels of homelessness, many volunteers around the country will take time over Christmas helping people without a home.

The charity operates a winter shelter scheme with 19 churches in and around the city, providing homeless people with a bed in a church, a meal and support for a week.

Over the Christmas week, St Matthews Church, at Willesden, London, will pay for those due to stay there to be accommodated in a bed and breakfast for up to three nights.

The Salvation Army will also provide the guests with a Christmas dinner.

In Newcastle upon Tyne, volunteers will make roast turkey with all the trimmings for homeless people on Christmas Eve.

The lunch at the city’s Central Station has been organised by the charity North East Homeless.

They will serve roast turkey and veg, pigs in blankets with gravy followed by Christmas pudding.

The event has been supported with donations from local businesses, as well as well-wishers who pledged £4.99 to buy lunch for a homeless person.

Rutherglen Library in South Lanarkshire, Scotland, will be open between 11am and 2pm on December 25, with staff planning a festive film screening.

It is the second year the library has opened on Christmas Day, with SNP Culture Secretary Fiona Hyslop hailing the initiative.

She said: “Rutherglen Library fulfils a need in the community, and this does not go away during the festive period.”

John Ross, leader of South Lanarkshire Council, said: “I have to pay tremendous credit to the staff, who give up their own time to ensure people are not isolated over the Christmas period.”

And in Wales, a Cardiff chippy will open its doors on Christmas Day to serve free portions of fish and chips to the homeless, elderly and vulnerable.

The city’s Victoria Fish Bar will be open from noon to 3pm on December 25 after its owners said they wanted to “make a difference” as “homelessness has been on a rise in Cardiff”.

“We had 50 last year but expect double that this year,” said co-ordinator Paul McCusker.

The facility has got use of a minibus for the day and will provide lifts to many of those wishing to attend.

Christmas dinner will be served from 10am to 2pm and presents will be given to children, with a special visit expected from Santa himself.

In Londonderry, around 100 volunteers are giving their time to serve Christmas dinner in Claude’s Cafe to those in need or those who would be spending the day alone.

The event has become a tradition in the city and is now in its 15th year. It is supported by a range of other local businesses as well as donations from the public.

And in the first initiative of its kind in London, City Hall will open its doors to the homeless on Christmas Eve offering a range of free services.

Guests will be greeted by the London International Gospel Choir before having a three-course meal.

They will then have access to a range of services, activities and entertainment including a free hairdressers, opticians, karaoke and art workshops.

The Dogs Trust will also provide health checks for any homeless guests who have four-legged friends.

Mr Khan said: “Helping London’s homeless people is one of my top priorities all year round but it takes on a special significance around Christmas, when the difference between those who have so much and so little can seem particularly stark.

“Everybody here today has a story to tell and an opinion on how we can do more to help homeless people and I hope to hear as many as possible.

“The fact that events like this are taking place in 2019 reminds us all that homelessness is a national disgrace and helping the most vulnerable people in our society now needs to be at the top of the new government’s agenda.”

Artist David Tovey, who slept rough in London in 2013, will create an artwork to mark the event.

He said: “From my personal experience, I find art to be a real catalyst for recovery.

“Events such as this, which combine wellbeing, food but also provide a safe space for creativity are hugely important.

“Access to the arts is a human right, it creates positive identity and helps improve public perception of people who are or have been homeless.”

Downing Street has announced an extra £63 million of funding to help tackle homelessness.

However, Labour called the extra cash “too little, too late” and said rough sleeping has more than doubled in England and Wales since 2010.