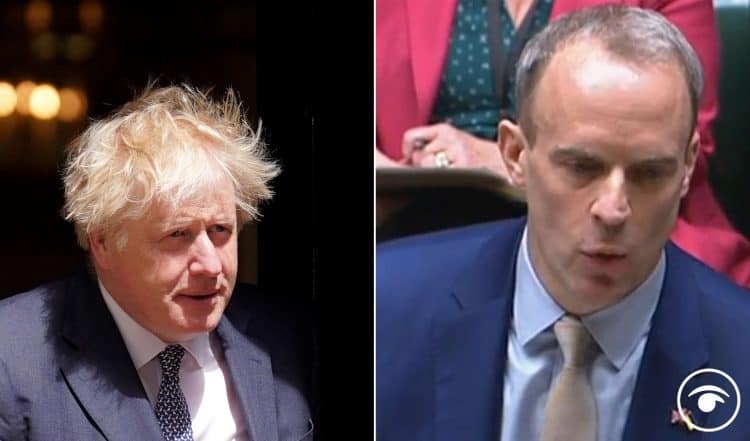 Boris Johnson will use a Cabinet meeting on Tuesday in an attempt to show “we are going to get on with the job” after he was left badly wounded by a revolt against his leadership.

Now a viral video by Peter Stefanovic has dismantled claims by Dominic Raab and Jacob Rees-Mogg that the PM is now safe after he win last night’s vote.

The Prime Minister survived a confidence vote on Monday night, but 148 of his own MPs declared they had no faith in his ability to lead the party.

Allies have rallied round Mr Johnson, Deputy Prime Minister Dominic Raab told LBC radio: “I think we draw a line in the sand after this vote, it was clearly and decisively won.

“We move forward to deliver for the people of the country and that is the way we do the right thing by our constituents.”

Raab also did the rest of the media rounds to defend the PM.

Yesterday Mogg claimed that even if the PM won by one vote that was enough, but as the video explains, he had a VERY different take on the confidence vote when it involved Theresa May.

Peter tweeted the video and wrote: “Jeez. This was excruciating stomach churning bull**** from sycophant JUSTICE Secretary Dominic Raab shamelessly championing a PM who has overseen widespread criminality in Downing Street, broken the law & serially lied to the public & Parliament.”