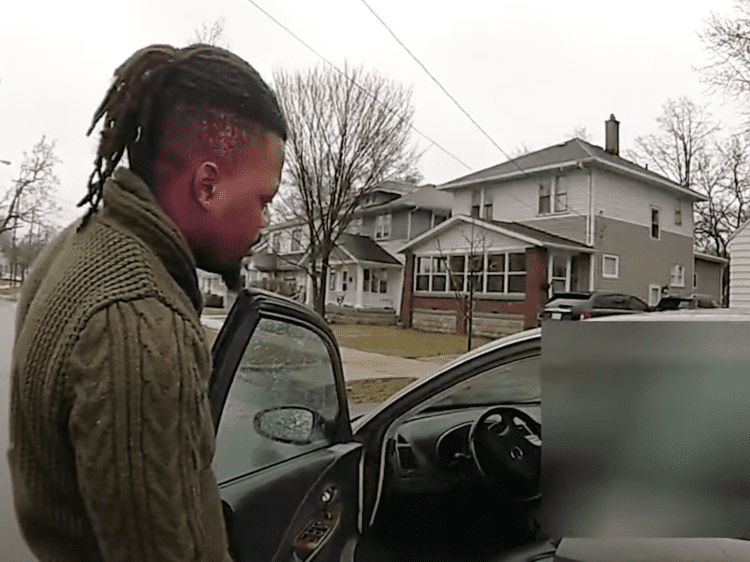 A black man was pinned to the ground by a Michigan police officer and was shot in the back of the head and killed.

Patrick Lyoya, 26, died outside a house in Grand Rapids, Michigan on April 4 after a struggle ensued over a Taser during a routine traffic stop.

The unnamed officer repeatedly ordered Lyoya to “let go” of his Taser, at one point demanding: “Drop the Taser!”

Video shows Lyoya running from the officer who stopped him for driving with a license plate that didn’t belong to the vehicle.

The fight over the Taser lasted about 90 seconds. In the final moments, the officer was on top of Lyoya, kneeling on his back.

Prominent civil rights attorney Ben Crump, speaking on behalf of Lyoya’s family, on Wednesday called for the officer in the shooting to be fired and prosecuted.

“The video clearly shows that this was an unnecessary, excessive, and fatal use of force against an unarmed Black man who was confused by the encounter and terrified for his life,” Crump said in a release.

There have been mass protests since the killing.