"Despite all the scandal, all the corruption, spineless Government Ministers have continued to blindly follow Boris Johnson." 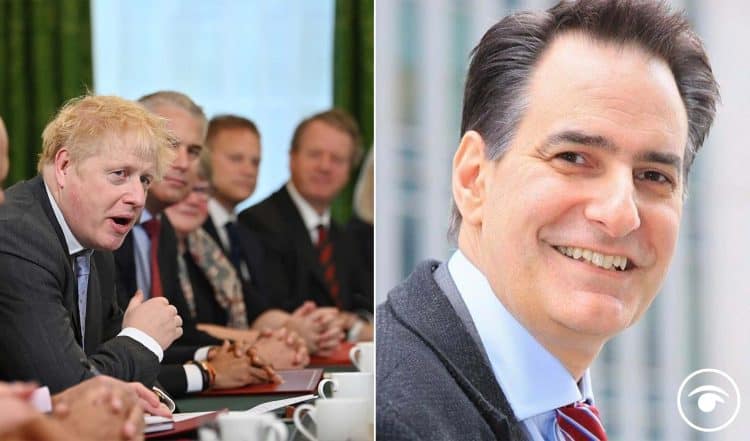 Not a single member of the Cabinet raised the issue of the Downing Street party at a virtual meeting yesterday, it has been alleged.

Boris Johnson’s position is currently hanging by a thread after it was reported a “bring your own booze” party was held in the No 10 garden in breach of Covid lockdown rules.

Nigel Mills has warned that the prime minister’s position will be “untenable” if he knowingly attended the gathering.

“If the prime minister knowingly attended a party I can’t see how he can survive having accepted resignations for far less,” he told BBC Newsnight.

“He accepted the resignation of his spokesperson (Allegra Stratton) for not attending party but joking about it at a time of much lighter restrictions. I just think that’s untenable.”

But according to reports, the prime minister’s Cabinet seem far less bothered about an issue that dominated the newspapers today.

He said: “It’s been reported that at yesterday’s cabinet meeting not a single minister – not one – had the courage to raise the Downing Street party with Boris Johnson.

“That’s despite the fact this scandal could see them all lose their seats at the next election! And that’s the problem. Despite all the lies, all the scandal, all the corruption spineless Government Ministers have continued to blindly follow Boris Johnson and do his bidding.

“This is exactly the reason why the whole rotten lot need to go.”

On the same subject, Alastair Campbell appeared on Sky News and said: “If it’s true that #PartyGate wasn’t even raised by a single member of the cabinet, yesterday, then they really are an utterly spineless, craven bunch, as this is affecting the good governance of the country.”

One of Peter’s previous videos on Boris Johnson’s lies has amassed over 43,500,000 views.