“I remember things being really bad, to the point where at times I ate dog food," she said. 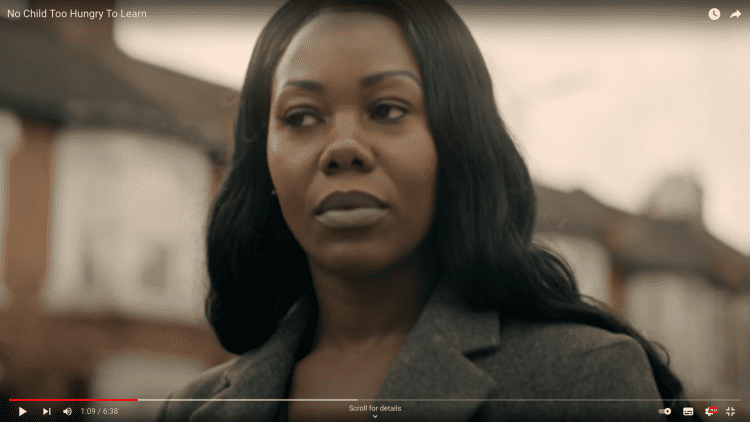 Food banks experienced a “sudden and worrying” increase in demand from people hit by the removal of the Universal Credit (UC) uplift and soaring food and energy prices before Christmas.

It comes as a heartbreaking video has been released about food poverty in the UK.

More than nine in 10 independent food bank providers have reported a rise in need over the past six weeks, according to figures from the Independent Food Aid Network (Ifan).

A separate poll by the community giving platform Neighbourly, which Aldi partners with to distribute surplus food, found that 70 per cent of food banks, charities and community causes were worried about having enough food to support people this Christmas.

The survey, of more than 600 groups, found that 79 per cent had experienced a fall in donations and, on average, they expect demand to grow by 40 per cent over the next three months.

Ifan said the “tsunami of need” providers are experiencing “is a public health risk for all concerned”.

In the video a woman, identified only as Tiffanie, reveals her plight in a short film for the Magic Breakfast charity.

She says: “Hunger is something that should not be going on in England.

“Many years that I have gone without – you could see the bones jutting out of my chest because I had three children and it’s me they’re relying on.

“I remember things being really bad, to the point where at times I ate dog food.”

The interviewee also recalls how she discovered that getting a job would mean being stripped of other benefits.

“Things that you were once entitled to, now you’re no longer entitled to those things, then you realise you’re working and still in poverty.

“In my opinion the system is broken, it doesn’t seem to reflect the needs of the modern family.”

Charity chief Lindsey Macdonald told The Mirror: “The scale of poverty and hunger in the UK is at a critical level.

“It has a devastating impact on the children who start each day without any food to wake up to.

“Our research highlights the increase in poverty and child hunger in our school communities in the past year, and the ripple effect this can have on children and their ability to learn.”