"Whatever side of the Brexit divide we are on, should be worried about a world in which a Prime Minister can suspend Parliament as an inconvenience." 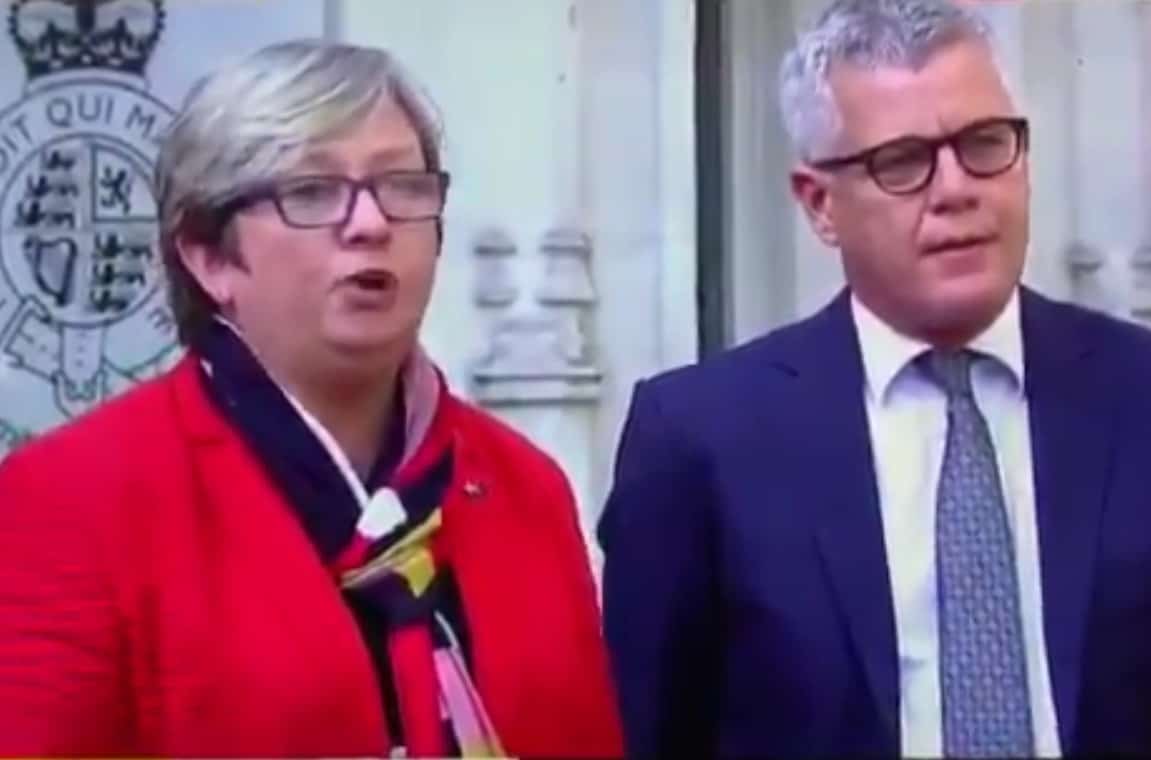 Joanna Cherry proved that it is possible to conduct a press statement in front of loud protesters yesterday.

The SNP MP joined Jo Maugham QC outside court after the final day of the hearing into whether Prime Minister Boris Johnson has acted lawfully in proroguing parliament.

In front of loud pro-Brexit demonstrators, she delivered a bold statement, saying:

“I think it’s really important to understand that the court this afternoon have emphasised that this case is not about when and on what terms the UK will leave the European Union.

“Like Jolyon I’m very encouraged by the lengthy discussion this afternoon about the type of remedy the courts should pronounce.

“As I said at the beginning, I remain of the view that I am cautiously optimistic that the United Kingdom Supreme Court will follow the judgement of Scotland’s Supreme Court, and find that Boris Johnson’s action was unlawful.”

Prime Minister, take note. It is very possible to conduct a press statement in front of loud protestors who don’t agree with your views and policies. It’s called part of the job. Exhibit A: @joannaccherry and @JolyonMaugham as shown below. #SupremeCourt pic.twitter.com/mM4QNYgouR

Whatever side of the Brexit divide

“Can I just make one last statement, all of us, whatever side of the Brexit divide we are on, should be worried about a world in which a Prime Minister can suspend Parliament as an inconvenience.

“Those who support Boris Johnson’s actions at the moment, should be asking themselves the question how they would feel about a future Labour Prime Minister, perhaps Jeremy Corbyn, who did not any longer want to be subject to the constraints that Parliament might place upon his actions.

“Is it Parliament elected by the people, or is it a leader elected by a tiny number of members, self-selecting members of a particular political party?”