Just 350 million miles from earth, Hygiea, it was originally believed to be an asteroid 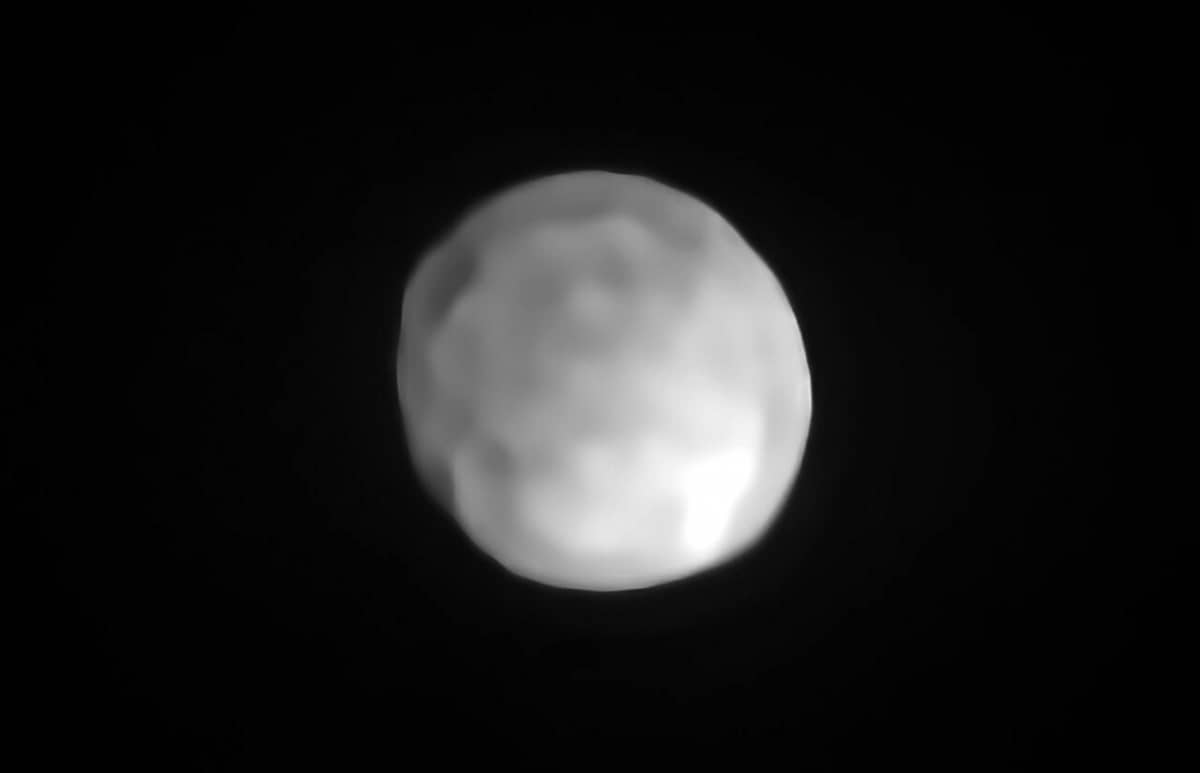 Just 350 million miles from Earth and named Hygiea, it was originally believed to be an asteroid.

It’s the smallest in the solar system and the new observations show it has enough mass for its gravity to pull it into a roughly spherical shape.

It already fulfilled the other three requirements – orbiting round the sun, not being a moon and failing to clear its neighbourhood like a proper planet.

Pluto is the most famous dwarf planet of them all. It was stripped of its full status in 2006 – and lies 4.67 billion miles away.

The discovery of Hygiea was possible thanks to the SPHERE instrument on the European Southern Observatory’s (ESO) Very Large Telescope (VLT) in Chile.

It’s sensitive to infrared light – making it capable of detecting the heat signatures of the tiniest planets.

Study leader Dr Pierre Vernazza, of the Laboratory of Astrophysisics of Marseille in France, said: “Thanks to the unique capability of the SPHERE instrument on the VLT, which is one of the most powerful imaging systems in the world, we could resolve Hygiea’s shape, which turns out to be nearly spherical.

“Thanks to these images, Hygiea may be reclassified as a dwarf planet, so far the smallest in the Solar System.”

It would join the other five officially recognised dwarf planets in the solar system alongside Ceres, Haumea, Makemake Eris – and Pluto.

Like Ceres it lives in the asteroid belt – a region of space between the orbits of Mars and Jupiter containing millions of space rocks. The other four can be found in the outer solar system.

SPHERE (Spectro-Polarimetric High-contrast Exoplanet REsearch) also enabled the Hygiea’s diameter to be measured at just over 430 km – about 270 miles.

This makes Hygiea the fourth largest object in the asteroid belt after Ceres and the giant asteroids Vesta and Pallas.

It’s the ‘big daddy’ of one of the largest asteroid families – with nearly 7,000 members that all originated from the same parent body, reports Nature Astronomy.

But it has no deep impact crater on the surface – which was an unexpected finding.

Dr Vernazza said: “This result came as a real surprise as we were expecting the presence of a large impact basin, as is the case on Vesta.”

Although the astronomers observed 95 percent of Hygiea’s surface they could only identify two unambiguous craters.

Co-author Dr Miroslav Broz, of the Astronomical Institute of Charles University in Prague said: “Neither of these two craters could have been caused by the impact that originated the Hygiea family of asteroids whose volume is comparable to that of a 100 km (62 mile) sized object. They are too small.”

Using numerical simulations the researchers deduced Hygiea’s spherical shape and large family of asteroids are likely the result of a major head-on collision with a large space rock up to 150 km (93 miles) wide.

This violent smash – thought to have occurred about two billion years ago – completely shattered it.

Once the left-over pieces reassembled they gave Hygiea its round shape – and thousands of companion asteroids.

Pavel Sevecek, a PhD student in Dr Broz’s lab, said: “Such a collision between two large bodies in the asteroid belt is unique in the last three to four billion years.”

There are at least another five objects in our solar system that are almost certainly dwarf planets. There could be thousands.

Of the current ones only two have been visited by space probes. In 2015 NASA’s Dawn and New Horizons missions reached Ceres and Pluto respectively.

Studying asteroids in detail has been possible thanks not only to advances in numerical computation, but also to more powerful telescopes.

Dr Vernazza said: “Thanks to the VLT and the new generation adaptive-optics instrument SPHERE, we are now imaging main belt asteroids with unprecedented resolution, closing the gap between Earth-based and interplanetary mission observations.”