The Labour MP was found to have “expressed willingness” to supply cocaine to male prostitutes by the Commons Standards Committee. 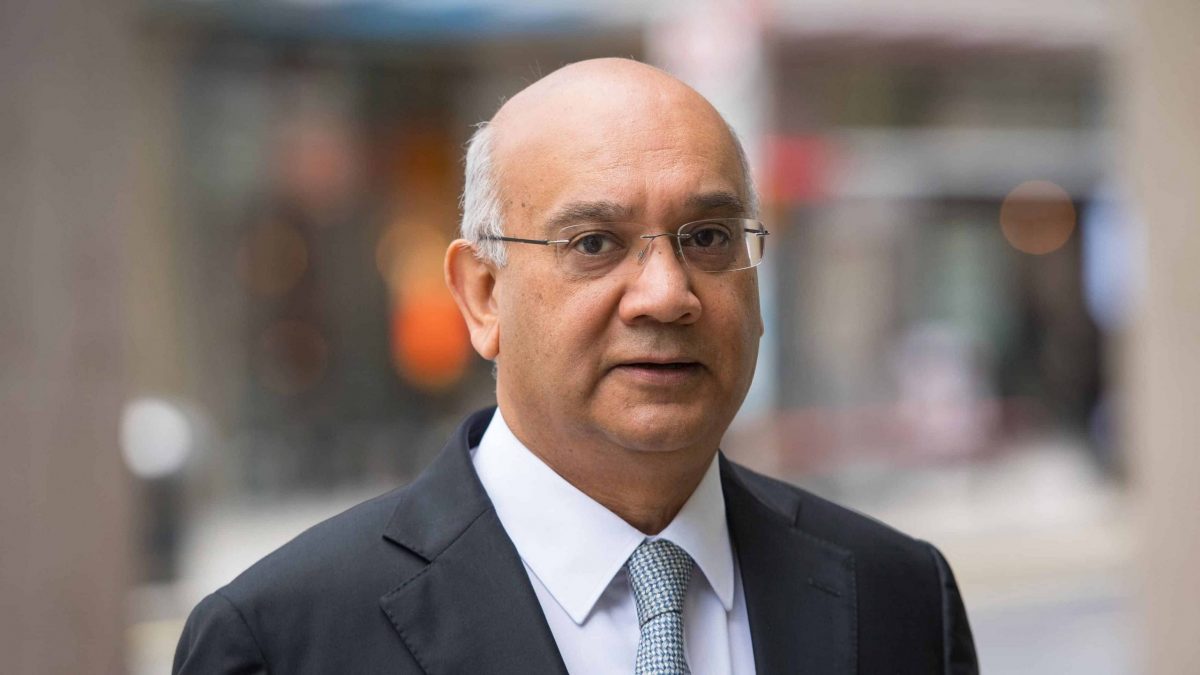 Keith Vaz is facing suspension from the Commons for six months following a drug and sex probe.

The Labour MP was found to have “expressed willingness” to supply cocaine to male prostitutes by the Commons Standards Committee, which represents a “very serious breach” of the House code of conduct for MPs.

It said that by failing to co-operate fully with the Commons inquiry process, Mr Vaz had shown “disrespect for the House’s standards system” and caused “significant damage” to the reputation and integrity of the Commons as a whole.

If the Commons agrees to the recommended suspension, it will trigger the opening of a recall petition in his Leicester East constituency, provided a general election does not intervene first.

The complaint against Mr Vaz, who was chairman of the Commons Home Affairs Committee, followed a newspaper article from 2016 claiming he had met two men in his London flat to engage in paid-for sex.

In the course of the encounter – which was covertly audio-recorded by one of the men – Mr Vaz was said to have offered to buy illegal drugs for a third person to use.

The committee said his explanation that the men were there to discuss the redecoration of the flat and that he may have been given a “spiked drink” was “not believable and, indeed, ludicrous”.

The inquiry, following a report by the Sunday Mirror, was subject to repeated delays due to two referrals to the Metropolitan Police – who on each occasion decided not to proceed with a criminal investigation – the 2017 general election and Mr Vaz’s ill health.

It took place under two commissioners for parliamentary standards – Kathryn Hudson and her successor Kathryn Stone.

However, the committee said that if the MP had given a “candid and co-operative account” of the incident from the outset, it could have been concluded much earlier.

It said “much of the welter of documentation and procedural challenges which has emanated from Mr Vaz has been designed, in our opinion, to ‘throw dust in the eyes’ of the commissioner and the committee”.

It added that although the core issues facing the inquiry were relatively simple, “Mr Vaz has done his best to complicate, obfuscate and confuse the inquiry through arguments of little merit and documentation of dubious relevance”.

A statement on the MP’s website said he had been treated for a “serious mental-health condition” for the last three years as a result of the events of August 2016.

“He has shared all the medical reports in confidence with the committee. He has nothing further to say on this matter other than what was said in his oral and written statements to the committee and to the commissioner,” the statement said.

The committee dismissed claims by Mr Vaz that the recording of the meeting may have been doctored.

It also brushed aside suggestions he had been suffering from amnesia in relation to events at the flat, saying he did not make the claim until April 2017, despite having had numerous previous opportunities to do so.

It said that no “reasonable person” who heard the recording could believe his claim that the men were there to discuss interior decoration.

“Not only was that subject not mentioned at any point in the conversation, but Mr Vaz adopted an assumed name and claimed not to be the owner of the flat but merely the friend of the owner,” the report said.

Disregard for the law

The committee said that it was not seeking to judge Mr Vaz’s “private life or his personal morality” – noting that payment for sexual services between consenting adults was not a criminal offence.

However, in expressing a willingness to buy cocaine for another person’s use, it said that he had shown a “disregard for the law”.

“We note that bad behaviour by the Chair of a prominent select committee such as Home Affairs is intrinsically more likely to impact on the reputation of the House than equivalent behaviour by a Member who does not hold such a prestigious and high-profile post,” it said.

Related: Almost half of Brits think Johnson is lying about protecting NHS from Trump