Today will be declared as a historic victory for whistleblowers as Julian Assange paved the path to his freedom two days after Chelsea Manning was released from prison. The Wikileaks founder has had charges dropped against him in Sweden which means he could soon walk free without fear of been extradited to the US, where he […] 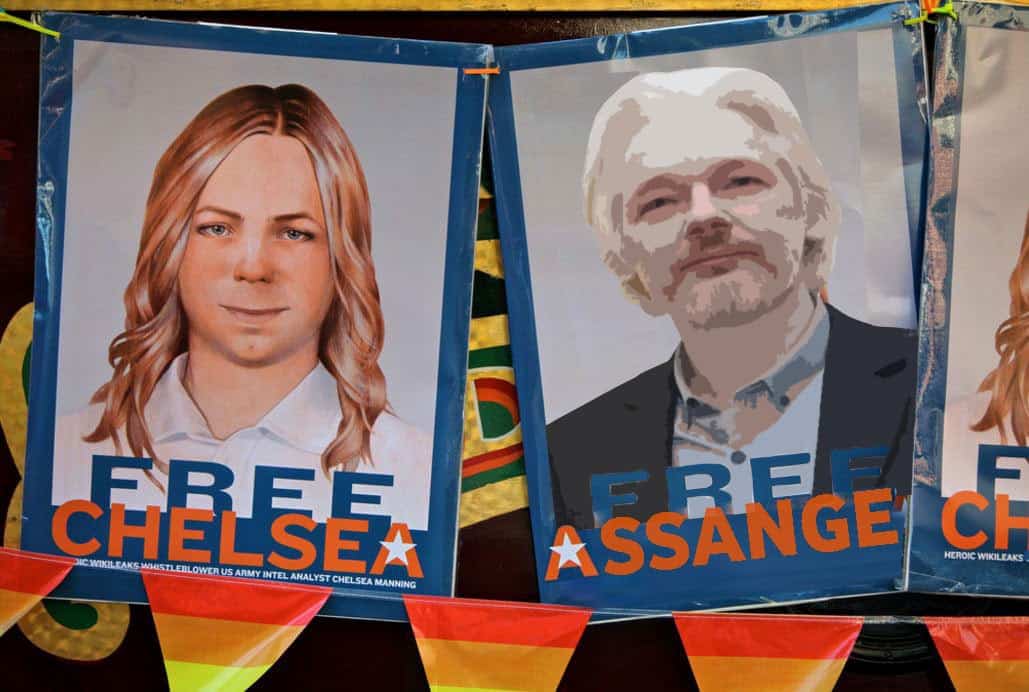 Today will be declared as a historic victory for whistleblowers as Julian Assange paved the path to his freedom two days after Chelsea Manning was released from prison.

The Wikileaks founder has had charges dropped against him in Sweden which means he could soon walk free without fear of been extradited to the US, where he is the subject of an espionage investigation.

Prosecutors said the preliminary rape and sexual assault probe has been discontinued and an arrest warrant issued for Mr Assange would be revoked, sparking speculation he would be leaving the Ecuadorian Embassy in London.

However a spokesperson for the Metropolitan Police said that despite Sweden’s European arrest warrant for the WikiLeaks founder being lifted, he was under a separate warrant for the lesser charge of skipping bail.

The maximum penalty for skipping bail is 12 months in prison.

“Westminster Magistrates’ Court issued a warrant for the arrest of Julian Assange following him failing to surrender to the court on the 29 June 2012,” a statement said.

“The Metropolitan Police Service is obliged to execute that warrant should he leave the Embassy.”

Assange, the founder of Wikileaks, is thought to have cost the UK taxpayer in excess of £10 million during his time in the Ecuadorian Embassy in London.

Background to Sweden’s announcement on Assange custody which is expected later todayhttps://t.co/Mb6gXlhwsi https://t.co/anwpC2ONxl

Chelsea Manning was released from prison on Wednesday after serving seven years of her 35-year sentence, which was commuted by Barack Obama as one of his final acts as President.

Donald Trump called the former intelligence analyst an “ungrateful traitor” following the decision, claiming she “should never have been released from prison”.

In her final tweet before leaving jail, Ms Manning said she was looking forward to “the freedom of civilian life”, before taking a swipe at Donald Trump’s healthcare policy.