People have expressed concern following news that both parts of the vaccines will be given 12 weeks apart rather than the planned 21 days. 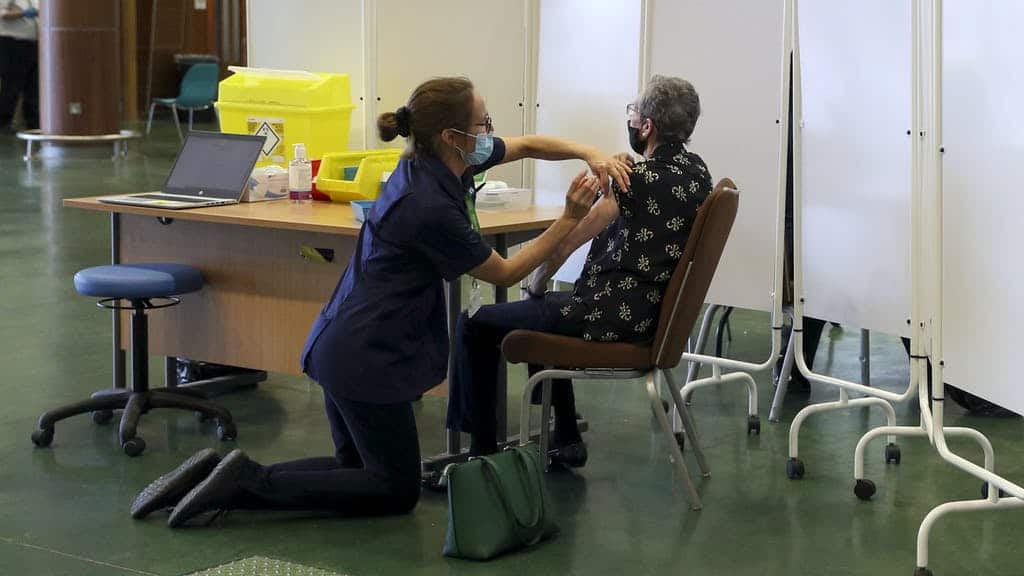 Chief medical officers have defended the Covid vaccination plan after concerns were raised over the length of time between jabs.

The UK will give both parts of the Oxford and Pfizer vaccines 12 weeks apart, having initially planned to leave 21 days between the Pfizer jabs.

The British Medical Association said cancelling patients booked in for their second doses was “grossly unfair”.

But the chief medical officers said getting more people vaccinated with the first jab “is much more preferable”.

People have also raised concerns over the efficacy of the second dose, given that there is no data beyond the 21 days observed during trials.

These rash decisions based on quantity targets and not quality outcomes is dangerous and the public are losing trust and confidence. This decision should not have been taken the plan to vaccinate in accordance with license should continue. I despair ??@NicolaSturgeon

The hashtag #NoTo12 Weeks was making the rounds on social media shortly after the announcement, with people calling on the MHRA to intervene.

2/ @Pfizer_UK and the @MHRAmedicines MUST push back against the 12 week plan.

The Government's decision to change the dosage guidelines with no idea of the effects on protection, risks millions of vulnerable people's lives.#NoTo12Weeks pic.twitter.com/O7kE6XpAqA

But medical chiefs have given their backing to the government’s controversial plans.

In a joint statement, the chief medical officers for England, Scotland, Wales and Northern Ireland said: “We recognise that the request to reschedule second appointments is operationally very difficult, especially at short notice, and will distress patients who were looking forward to being fully immunised.

“However, we are all conscious that for every 1,000 people boosted with a second dose of Covid-19 vaccine in January (who will as a result gain marginally on protection from severe disease), 1,000 new people can’t have substantial initial protection, which is in most cases likely to raise them from 0 per cent protected to at least 70 per cent protected.

“Whilst the NHS, through all of your work, has so far vaccinated over one million UK patients with a first dose, approximately 30 million UK patients and health and social care workers eligible for vaccination in phase one remain totally unprotected and many are distressed or anxious about the wait for their turn.

“These unvaccinated people are far more likely to end up severely ill, hospitalised, or in some cases dying without vaccine.

“Halving the number vaccinated over the next two-three months because of giving two vaccines in quick succession rather than with a delay of 12 weeks does not provide optimal public health impact.

“We have to follow public health principles and act at speed if we are to beat this pandemic which is running rampant in our communities, and we believe the public will understand and thank us for this decisive action. We hope this has your support.”