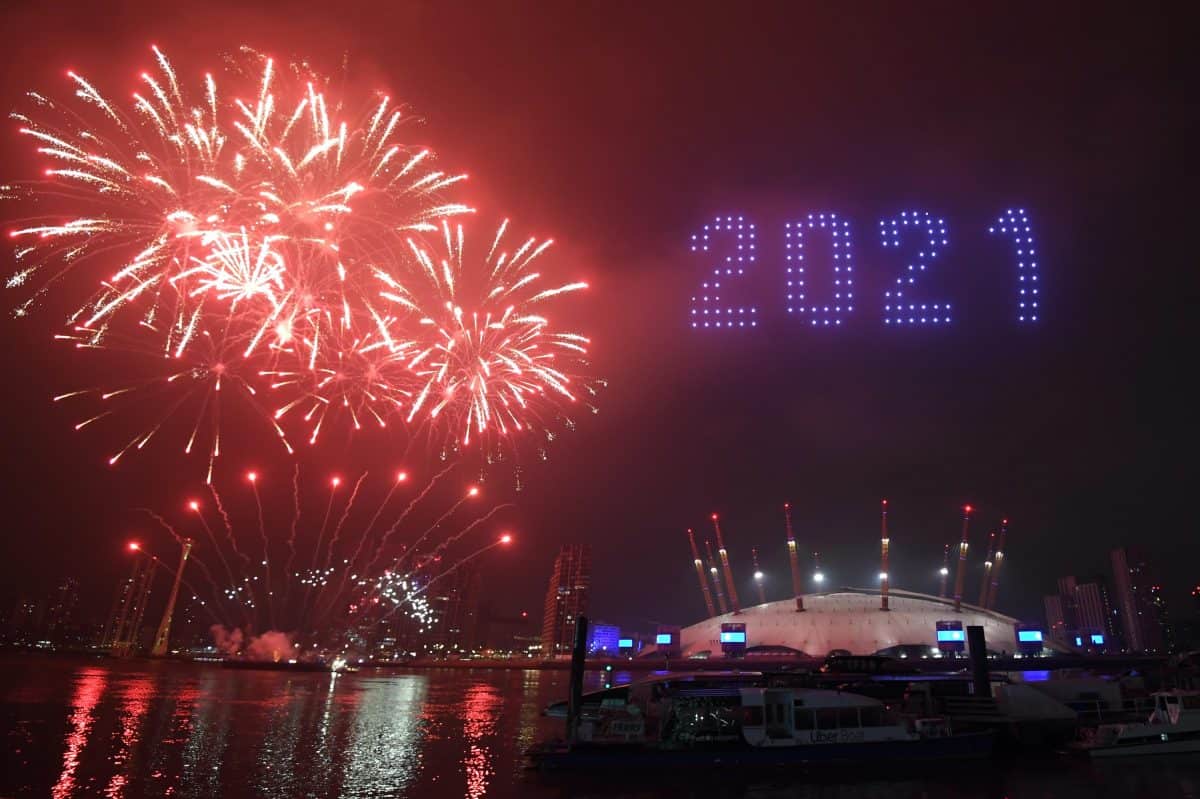 London heralded the end of 2020 with a dazzling light and fireworks show on the Thames, including tributes to the NHS and the Black Lives Matter movement.

Amid the fireworks, several images filled the sky over the O2 Arena formed through the use of 300 drones, one of which showed the NHS logo in a love-heart while a child’s voice said “Thank you NHS heroes”.

A later tribute came for BAME NHS workers – “so many of the nurses and doctors and consultants and cleaners, the helping hands guiding us through this storm”.

As coloured lights shone at various points up the Thames, leading to more fireworks above Wembley Stadium, the Black Lives Matter movement was also recognised.

Viewers saw its clenched-fist symbol, which became recognised worldwide amid the protests which followed the death of Minnesota man George Floyd in police custody in May.

Predictably, that enraged some viewers – who hit out at London Mayor Sadiq Khan for ‘politicising’ the display.

The chorus was led by MailOnline, which splashed that “locked-down Londoners” were in a “rage” over the city’s “woke” firework display.

It may be a new year, but it looks like the same old idiocy will plague us long into 2021.