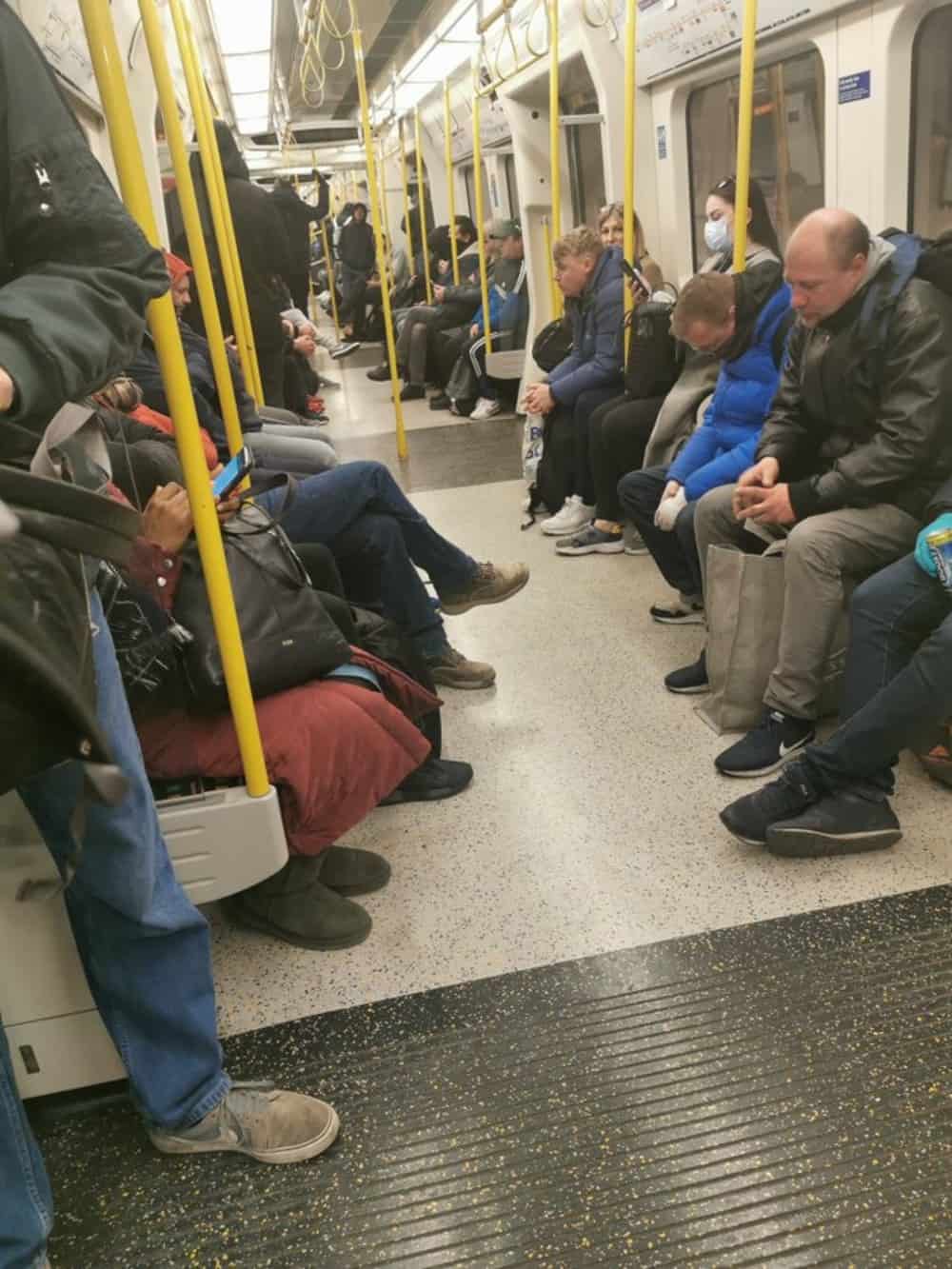 Some trains on London’s Tube network were crowded again on Tuesday morning despite Boris Johnson placing the UK on a police-enforced lockdown with drastic new measures in the fight against the coronavirus outbreak.

Pictures on social media suggested that many people in the capital were continuing to use the Underground to travel around, prompting a desperate plea from London Mayor Sadiq Khan: “I cannot say this more strongly: we must stop all non-essential use of public transport now. Ignoring these rules means more lives lost..

Nurse Julia Harris, who commutes to work at Imperial College NHS Trust, said she had left earlier and changed her route to avoid crowds but still found the District Line to be busy.

She told the PA news agency: “The choice isn’t there and my commute is quite long. I worry for my health more on my commute than actually being in the hospital.”

It comes as Cabinet Office Minister Michael Gove was forced to back-track after initially saying the children of separated parents should not move between households.

“This is permissible and has been made clear in the guidance.”

Sports Direct also confirmed it will not open its stores to the public following a U-turn by the sportswear retailer.

It had earlier said its stores would remain open because selling sporting and fitness equipment makes the company a vital asset during a national shutdown.

In an address to the nation from Downing Street on Monday evening, Mr Johnson ordered people to only leave their homes to shop for basic necessities “as infrequently as possible”, and to only perform one form of exercise a day.

And Sir Peter Fahy, the former chief constable of Greater Manchester Police, said “there is a huge amount of clarification needed” about the tougher rules.

He told BBC Breakfast: “If you compare us to Italy, we have about half the number of police officers that they have. We don’t have a paramilitary police force like the Carabinieri. Our police officers are already very stretched.

“It will require a huge amount of public support, public acceptance and public compliance, because if officers are going to be dispersing groups they are going to be asking about things like ‘is there a power of arrest?’ and that will then tie up more and more officers.”