Despite dying in 1606, many suspect Guy Fawkes may have plotted against Trump too. 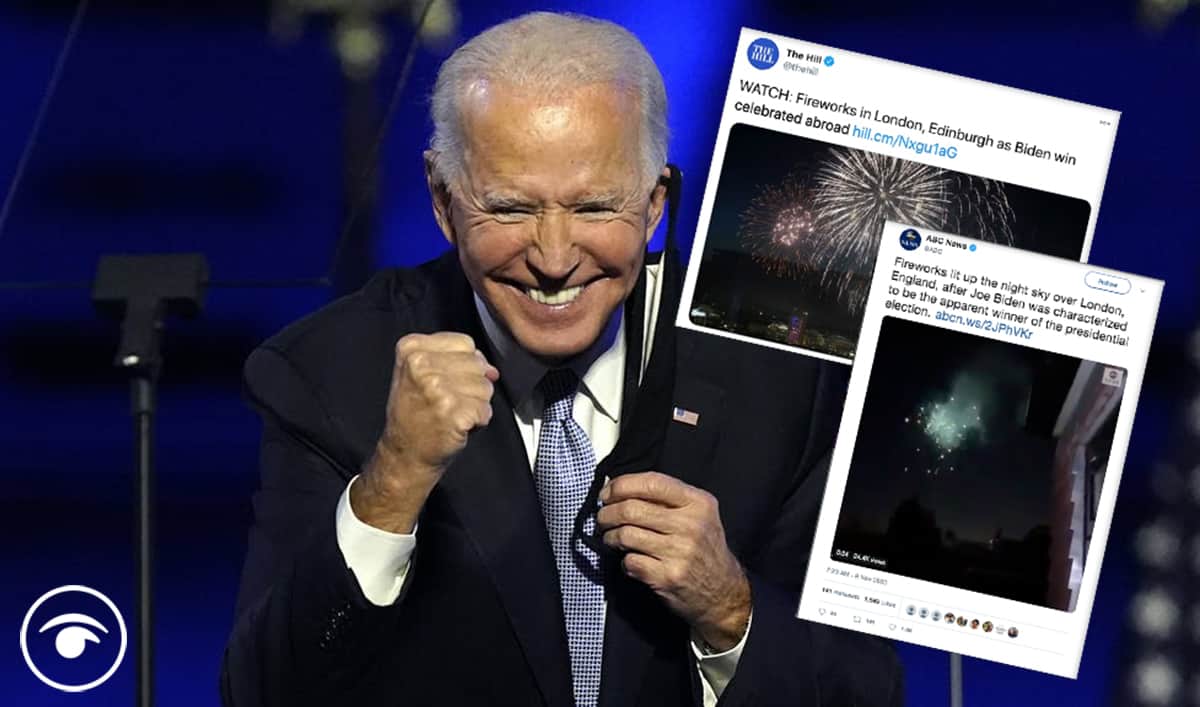 Media outlets in the US mistakenly attributed firework celebrations in the UK to Joe Biden’s election win this weekend after they seemingly forgot about the time-honoured tradition of Guy Fawkes Night.

Newspapers including The Hill and World News Tonight reported that the “world was celebrating” the election result after pictures of fireworks in London and Edinburgh coincided with Biden being confirmed as President-elect.

The reports appeared to stem from social media users in the UK who picked up on positive sentiment in regards to Donald Trump’s defeat.

Fireworks in London. This isn’t a US celebration, it’s a worldwide one. Let the healing begin.

Even here in the UK my neighbours are setting of fireworks and shouting in celebration of Biden’s win pic.twitter.com/5GVv3HokHe

Fireworks for #bidenharis2020 here in SW London. We’re celebrating with you, America. It’s a much longer for win for us, too. pic.twitter.com/2UiPW5Ftyq

Yet the pyrotechnics were more likely in honour of the Gunpowder Plot rather than the Biden/Harris plot.

Although as some pointed out, there would have certainly been cross-overs: