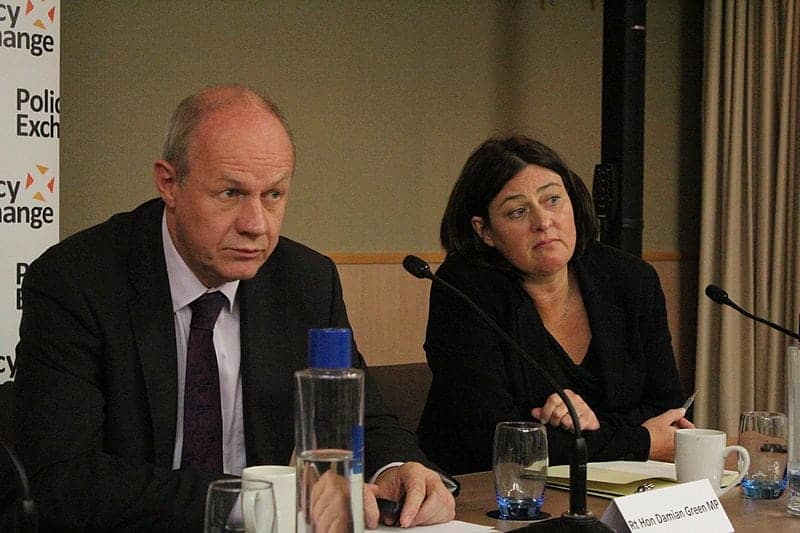 Damien Green has resigned as First Secretary of State after an investigation found he breached UK ministerial code.

Theresa May’s deputy has stepped down before Christmas leaving her already beleaguered cabinet in tatters.

Claims emerged recently that police had found “extreme” pornography on his computer when they raided his Parliamentary office.

Met police officers say they unveiled the material when Green’s office was raided during an enquiry into leaks.

Green has previously denied the accusations, saying that it was “completely untrue”.

The investigation did not come to a conclusion regarding the allegations of Tory activist Kate Maltby that Green had behaved inappropriately to her. Thought it found her “plausible” the investigation found that “with competing and contradictory accounts of what were private meetings, it is not possible to reach a definitive conclusion”.

“We are pleased that the Cabinet Office has concluded its inquiry into the conduct of Damian Green. We are not surprised to find that the inquiry found Mr Green to have been untruthful as a minister, nor that they found our daughter to be a plausible witness.

“We have received many supportive messages from people near and far who appreciate Kate’s courage and the importance of speaking out about the abuse of authority. We join with them in admiring her fortitude and serenity throughout the length of the investigation and despite the attempted campaign in certain sections of the media to denigrate and intimidate her and other witnesses. We are proud of her.”

How long before we have a full house of Tory sackings? #damiengreen @BBCNews @Channel4News pic.twitter.com/lemVvRHXNc