With family overseas, Christmas time has often meant a fair deal of travel, travel that has always involved international flights. When my family was based in the Middle East, I was often fortunate enough to find myself cozying into a long haul flight on an airline that boasted a great in-flight entertainment system, with a […]

by Mike McNulty
in Articles and Lists 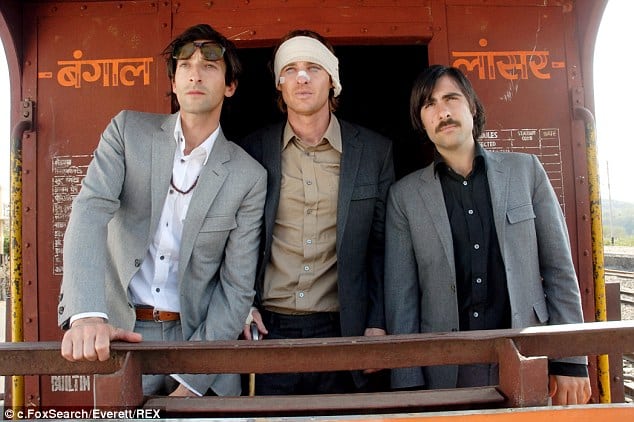 With family overseas, Christmas time has often meant a fair deal of travel, travel that has always involved international flights. When my family was based in the Middle East, I was often fortunate enough to find myself cozying into a long haul flight on an airline that boasted a great in-flight entertainment system, with a library of films that would put the BFI’s archives to shame. However, when my parents moved to Tashkent, the capital city of Uzbekistan, I had to, with a tear in my eye, wave goodbye to seven hours of binge watching any film I hadn’t seen at the cinema or felt had not been worthy of the admittance fee. So, rather than suffer through a Russian dubbed copy of Ruby Sparks on endless replay the entire length of the flight, as I did one year, I wised up and began to pack my laptop in my carry on along with a bottle of something cheerful from the duty free.

The first Christmas I flew to Tashkent, I pulled out my beat up Toshiba laptop, booted it up and navigated my way to my rather more modest personal library of films. The battery life of my machine left a lot of wanting, and so, I knew I had to be sensible in my film selection & pick one that would last long enough to distract me from the turbulence and general lack of inflight service, but not so long that the computer would die before the film’s end. Wes Anderson’s The Darjeeling Limited comes in at just over 90 minutes, perfect I thought to myself as I cracked off the top to my cheeky bottle of festive cheer.

The Darjeeling Limited is my favourite of all of Anderson’s films, an opinion not generally shared by most I know who’ve seen it. Instead, they categorize the film as another Anderson foray into his world of whimsical affectations made all the worse by a queasy attempt to embedded the film into a farcically romanticized, tourist’s eye representation of India. To them, I say, “bah, humbug.” The Darjeeling Limited is Anderson at his most human; his film is tender, charming and utterly beautiful.

It is the story of the Whitmans, three brothers who, after the death of their father one year previous, have become estranged and convene aboard a cross country train, The Darjeeling Limited, in an attempt to reconcile both their relationships and with the grief surrounding their father’s death. Each comes with their own baggage, literal and figurative (they drag the heavy, beautifully decorated luggage of their dead father around with them). Francis (Owen Wilson), with a face swathed in bandages, was in a near fatal motorcycle accident. Peter (Adrien Brody), has flown the marital coup as a result of his impending fatherhood, and Jack (Jason Schwartzman) is hung up on an ex-girlfriend.

Early on, Francis – whose idea the trip was – states the purpose of their reunion, “I want us to become brothers again […] to make this a spiritual journey, where each of us seek the unknown.” And Anderson’s location & presentation of it suddenly takes a conscious step forward, and embraces the affectations of a “Wes World” to draw a more detailed picture of his three characters and their lives. Anderson’s India is India as seen through the Whitman’s eyes.

These brothers, who exist in a state of arrested development, are struggling to make sense of the grief they feel. Although their journey ultimately has a destination – they’re travelling to confront their mother who has taken up as a nun in convent – they exist independently from each other with each running from their shared and personal grief.

The endless pit-stops to countless temples, romanticized through Anderson’s highly stylized aesthetic, intentionally underline a very western approach to dealing with the “bigger questions” life offers, and the brothers’ desperate attempts to answer them. Their search for enlightenment is mired by a half-hearted, upper-middle class attempt to adopt, as a solution to their grief, the spirituality of a foreign, exotic culture.

It is in the climax of the film, when the brothers try to save three Indian boys from a perilous river – managing to rescue two, but failing with the third – that the full weight of Anderson’s film hits you in the chest. The brothers are invited to stay for the funeral and suddenly we are transported back a year to the day of the brothers’ father’s funeral, where they try desperately, at an auto-shop, to jump start their dad’s car. We then jump back to real time and suddenly that search for spirituality has vanished and the brothers are bound to the Indian family who have lost their son by that most universal of rites, the funeral. In witnessing the family’s grief and their processing of it, the brothers begin to finally make steps towards processing theirs, together, as a unit.

It’s a beautiful, tender story the emotional weight of which has always affected me, but at altitude and with the promise of a family reunion of my own but a few hours away, it seemed to affect me even more. That is to say, I laughed harder and cried harder than I had ever done before watching this film and I found quiet comfort in what The Darjeeling Limited is really all about; understanding that without each other, we have nothing. And that feels pretty Christmassy to me. Every year, for the following five years that I flew out at Christmas to see my family in Uzbekistan, that was the film I watched on the flight over – my own private tradition that got me feeling festive.