UPDATE: The fire us still being tackled by firefighters with one casualty taken to hospital for smoke inhalation. It appears to be under control. We still have 12 fire appliances tackling the blaze in the Northern Quarter over a number of floors. Firefighting in still ongoing and one casualty has been taken to hospital suffer […] 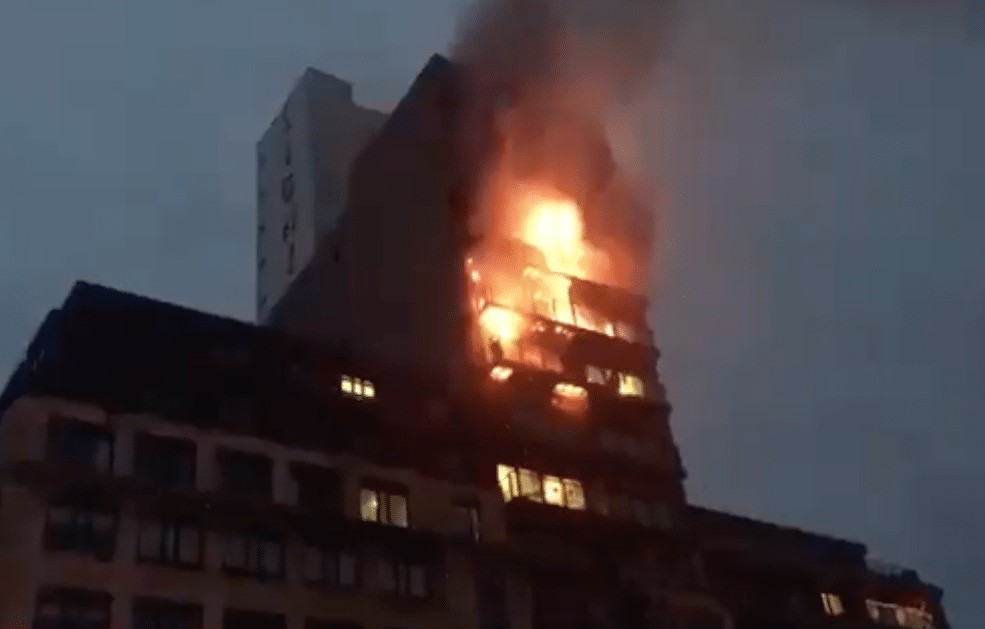 The fire us still being tackled by firefighters with one casualty taken to hospital for smoke inhalation. It appears to be under control.

We still have 12 fire appliances tackling the blaze in the Northern Quarter over a number of floors. Firefighting in still ongoing and one casualty has been taken to hospital suffer by smoke inhalation. Please avoid the area as roads are still shut. pic.twitter.com/911Ha4WKXj

Breaking News: Reports are emerging of a rapidly spreading fire in an apartment block in the Northern Quarter of  Manchester city centre this evening.

Images and video footage of the scene show flames pouring from a building.

Church Street has been sealed off eastbound between High Street and Tib Street’s junction with Dale Street.

Several apartments appear to be ablaze:

The blaze appears to have broken out on the ninth floor of a 20 storey apartment block near to Manchester’s Afflecks Palace market.

Manchester Fire and Rescue Service are on the scene now and say they are “currently tackling a fire on the 9th floor of a 12 storey building on Joiner Street in Manchester’s Northern Quarter.”

We're currently tackling a fire on the 9th floor of a 12 storey building on Joiner Street in Manchester's Northern Quarter. Please avoid the area if possible and keep windows and doors shut if you live nearby.

We have 12 fire engines tackling the blaze in the apartments on Joiner Street in the Northern Quarter. Please keep windows and door shut if you live locally and avoid the area if possible. More to follow…

Still can’t believe this is happening.. opposite Afflecks Palace in #Manchester ? praying nobody is hurt pic.twitter.com/U6TTYaVktb

This month Conservatives admitted not a penny of the extra money promised to councils for essential safety work on tower blocks after the Grenfell disaster has been paid out.

Housing Minister Alok Sharma confessed in a barely reported written statement that six months on from the blaze that claimed 71 lives, no extra fire safety funds had been provided despite 36 councils asking the Government for fund stop carry out work on tower blocks.