This evening’s fire that spread quickly across a 20-storey apartment block in central Manchester has been brought under control by Manchester firefighters who have been praised for their rapid response. The building was evacuated with a 23-year old taken to hospital for checks for smoke inhalation. Firefighters are still on the scene but we're going […] 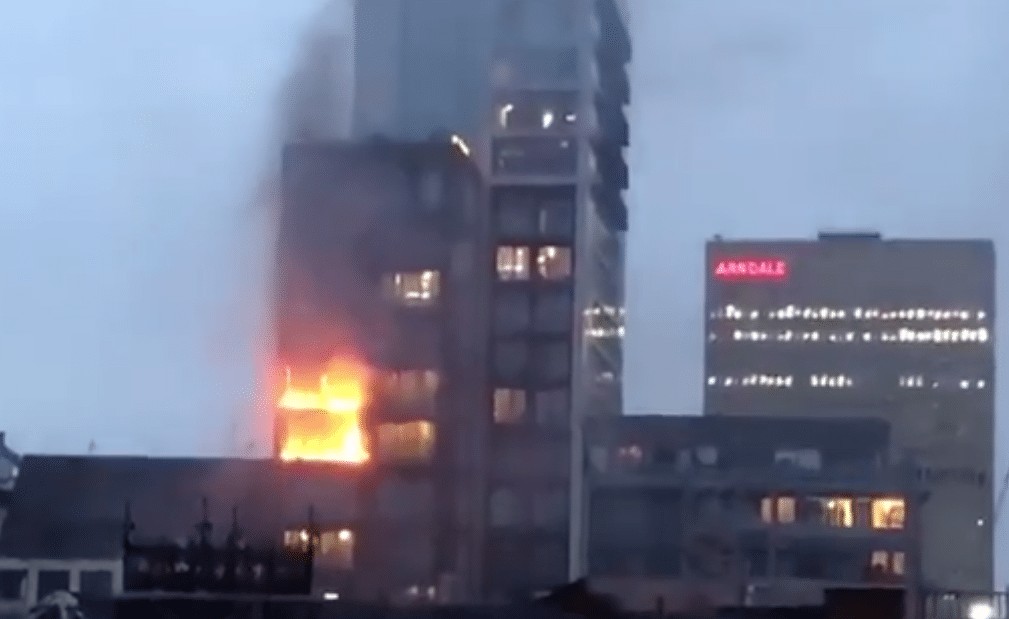 This evening’s fire that spread quickly across a 20-storey apartment block in central Manchester has been brought under control by Manchester firefighters who have been praised for their rapid response.

The building was evacuated with a 23-year old taken to hospital for checks for smoke inhalation.

Firefighters are still on the scene but we're going down to two fire engines overnight. This was tricky incident but was dealt with extremely fast! A massive well done to all crews involved! 🚒🚨🔥 pic.twitter.com/DPubxFItRL

Twelve fire crews fought to control the blaze on the ninth floor of the high rise building in Joiner Street, in Manchester’s Northern Quarter.

They were called out just after 4pm on Saturday.

The Manchester Fire and Rescue Service air crew helped stop the fire spread to the upper floors and captured this amazing footage:

Here's some footage from our Air Unit at the Joiner Street fire in Manchester's Northern Quarter. For more information visit our website:https://t.co/H8RghzARCY pic.twitter.com/19TDO84SXw

The blaze appeared to have broken out on the ninth floor of a 12 storey apartment block near to Manchester’s Afflecks Palace market. The cause is still unknown.

They confirmed that none of the cladding linked to the Grenfell Tower blaze six months ago was involved in tonight’s fire. Rather, wooden balconies helped the rapid spread of flames.

“Fire crews remain on the scene to systematically search the building, although we are confident there are no other casualties and the incident is now being scaled down.

A number of people have been evacuated and temporary accommodation will be set up for those who need it.

Crews remain on the scene making sure the building and the area are safe,” a statement on their website said.

The fire had spread to multiple floors but we have things well under control here. Firefighters along with colleagues from the Police and Ambulance service have done an amazing job to tackle this difficult incident! More updates to follow… pic.twitter.com/lgBOPX54Hq

Informed by @manchesterfire that situation now under control. Huge thanks to our firefighters at the scene for responding so effectively. https://t.co/aq4qGh0NEj

I have spoken with the Manchester fire service. The #manchesterfire is under control and the building is being safely evacuated. Paramedics & others are at the scene to triage all those affected but no serious injuries known. Thank you our brilliant firefighters & paramedics.

Labour leader Jeremy Corbyn thanked the city’s fire service for their “heroic work” as well as the police and paramedics.

Thank you to @manchesterfire for their heroic work bringing the blaze in Manchester's Northern Quarter under control, and to the swift response of @gmpolice and paramedics.

This month Conservatives admitted not a penny of the extra money promised to councils for essential safety work on tower blocks after the Grenfell disaster has been paid out.

Housing Minister Alok Sharma confessed in a barely reported written statement that six months on from the blaze that claimed 71 lives, no extra fire safety funds had been provided despite 36 councils asking the Government for fund stop carry out work on tower blocks.