“Taken as a whole, the disclosures were manifestly excessive and hence unlawful.” 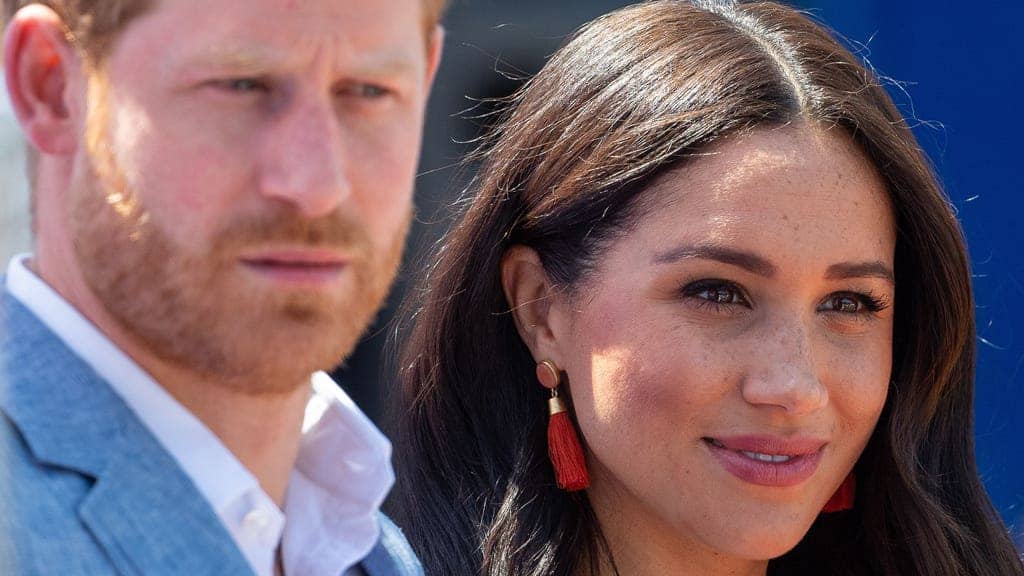 The Duchess of Sussex has won her copyright claim against the publisher of the Mail On Sunday over the publication of a handwritten letter to her estranged father.

It comes as it has been announced she has written a children’s book inspired by the relationship between her husband and son.

Meghan’s debut publication for youngsters is called The Bench and is about the special bond between a father and son — as seen through a mother’s eyes, Puffin, an imprint of Penguin Random House Children’s UK announced.

The book deal comes after the Sussexes signed a lucrative contract with Netflix and Spotify, rumoured to the worth more than £100 million.

The illustrated publication will go on sale on June 8 and features work by award-winning artist Christian Robinson, with the duchess narrating the audiobook.

Piers Morgan is livid about the book being released

He took to social media and wrote an article for the Mail, the sister paper Meghan has just won a the court case over.

*NEW COLUMN*
How the hell can Meghan 'I hate royalty but call me Duchess' Markle preach about father-child relationships when she's disowned her own Dad, and wrecked her husband's relationship with his?https://t.co/pY9gJKfbFG pic.twitter.com/AnXACnDdui

Memo to howling wokies already screaming that I must be fired immediately by @DailyMail for having an opinion about Princess Pinocchio's book that you don't like: Go for it – I'm sure my DM bosses will be very sympathetic to you!

Not everyone was very pleased with Morgan’s comments. One user on Twitter wrote: “Meghan Markle was educated at Northwestern University, an advocate for gender equality with the United Nations and is a global ambassador for world vision Canada. Piers Morgan never went to university, faked war photographs and was accused of hacking phones. It shows.”

Meghan Markle was educated at Northwestern University, an advocate for gender equality with the United Nations and is a global ambassador for world vision Canada.

Another wrote: “Piers Morgan vile attack against The Bench is dripping with his usual malicious obsession of everything Meghan Duchess of Sussex.”

Piers Morgan vile attack against The Bench is dripping with his usual malicious obsession of everything Meghan Duchess of Sussex. pic.twitter.com/Iyr3EI3ISI

Meghan, 39, sued Associated Newspapers Limited (ANL), the publisher of the Mail On Sunday and MailOnline, over a series of articles which reproduced parts of a handwritten letter sent to Thomas Markle, 76, in August 2018.

She claimed the five articles, published in print and online in February 2019, misused her private information, infringed her copyright and breached the Data Protection Act.

In February, the High Court granted Meghan summary judgment in relation to her privacy claim, meaning she won that part of the case without having to go to trial, as well as most of her copyright claim.

At a remote hearing on Wednesday, Lord Justice Warby granted summary judgment in relation to the remaining parts of the duchess’ copyright claim, after lawyers acting on behalf of the Queen said it does not belong to the Crown.

ANL previously said it believed Jason Knauf – formerly communications secretary to the Duke and Duchess of Sussex – was a co-author of the letter, which it argued meant the letter belonged to the Crown.

But, on Wednesday, the High Court heard that Mr Knauf has “emphatically” denied being a co-author and that lawyers representing “the Keeper of the Privy Purse, acting on behalf of Her Majesty the Queen” told Meghan’s solicitors they “did not consider the Crown to be the copyright owner”.

Ian Mill QC, for the duchess, said that the Keeper of the Privy Purse’s lawyers had written to Meghan’s solicitors “disclaiming any claim to copyright on behalf of the Crown”.

In written submissions, Mr Mill also said that Mr Knauf’s lawyers confirmed he did not write the letter to Mr Markle and “it has never been his belief that he was an author”.

The court heard that his lawyers said: “Mr Knauf did not draft, and has never claimed to have drafted, any parts of the electronic draft or the letter and would never have asserted copyright over any of their content.

“In our client’s view, it was the duchess’s letter alone.”

Mr Mill added: “This unequivocal statement of Mr Knauf’s position also gives the lie to the defendant’s inferential case, in its defence to both the privacy and copyright claims, that the claimant considered using the letter ‘as part of a media strategy’.”

He said Meghan “shared a draft” of the letter with Harry and Mr Knauf “for support, as this was a deeply painful process that they had lived through with her”.

“Mr Knauf was responsible for keeping the senior members of the royal household apprised of any public-facing issues, the media spectacle surrounding Mr Markle being one such issue,” Mr Mill added.

He told the court that Mr Knauf “suggested that a reference to Mr Markle’s ill-health be included”, which Meghan did, but that “Mr Knauf did not suggest any specific wording”.

Mr Mill asked Lord Justice Warby to grant summary judgment in relation to the remaining parts of Meghan’s copyright claim, arguing that ANL’s case on the ownership of copyright in the letter “has been shown to be completely baseless”.

Andrew Caldecott QC, representing ANL, said in written submissions that it was “a matter of regret” that Mr Knauf’s lawyers had not said he was not an author of the letter before the summary judgment hearing in January.

When Mr Knauf’s lawyers told ANL that he was not a co-author, the publisher “swiftly recognised the impact of the information in that letter upon part of its copyright defence… and indicated that it would not oppose summary judgment”, Mr Caldecott said.

In the summary judgment ruling in February, Lord Justice Warby said ANL’s publication of Meghan’s letter to her father was “manifestly excessive and hence unlawful”.

He said: “It was, in short, a personal and private letter.

“The majority of what was published was about the claimant’s own behaviour, her feelings of anguish about her father’s behaviour, as she saw it, and the resulting rift between them.

“These are inherently private and personal matters.”

The judge said “the only tenable justification for any such interference was to correct some inaccuracies about the letter”, contained in an article in People magazine, published days before ANL’s five articles, which featured an interview with five friends of Meghan.

But Lord Justice Warby added: “The inescapable conclusion is that, save to the very limited extent I have identified, the disclosures made were not a necessary or proportionate means of serving that purpose.

“For the most part they did not serve that purpose at all.

“Taken as a whole, the disclosures were manifestly excessive and hence unlawful.”

He also said ANL’s arguments on ownership of the copyright of the letter “seem to me to occupy the shadowland between improbability and unreality”.

In March, the publisher was ordered to print a statement on the front page of the Mail On Sunday and a notice on page three of the paper stating it “infringed her copyright” by publishing parts of the letter to Mr Markle.

Lord Justice Warby later ruled that the statement did not have to be published “in the same position, and be in the same size font, as the front-page trailer complained of”.

But the front-page statement about Meghan’s victory in her copyright claim was put on hold, to allow ANL time to seek permission to appeal.

The hearing before Lord Justice Warby is expected to conclude on Wednesday afternoon.