Jo Johnson - who quit politics in 2019 - took up an appointment with the Dyson Institute of Technology Engineering on 18 February 2020. 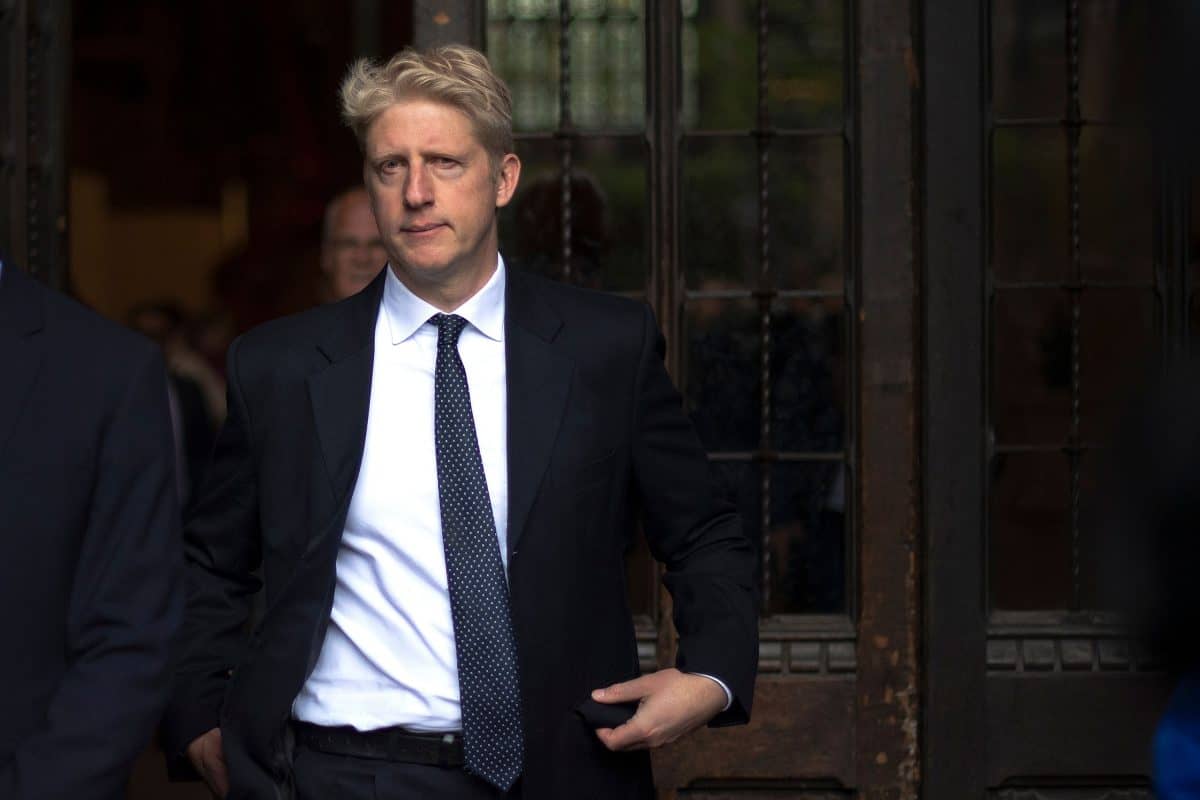 Boris Johnson’s brother nabbed a top job with Dyson, just weeks before the company’s boss was assured by the prime minister that his workers would not have to pay extra tax if they came to the UK to make ventilators during the pandemic.

Jo Johnson – who quit as Minister for Universities and exited the House of Commons in September 2019 – took up an appointment with the Dyson Institute of Technology Engineering on 18 February 2020.

Less than a month later, in text messages revealed by the BBC, Sir James Dyson – whose firm is now based in Singapore – lobbied the prime minister to ensure his employees would not be hit by any additional taxes.

“I will fix it,” Johnson replied, adding: “Rishi says it is fixed!!! We need you here.” In a later text, after Sir James had vowed to “give the ventilator our all”, Johnson said: “James I am First Lord of the Treasury and you can take it that we are backing you to do what you need.”

There is no suggestion that Jo Johnson acted improperly in taking up his role – as part-time, paid role as Council Member and Non-Executive Director of the Dyson Institute – a higher education campus in Wiltshire, focussing on tech.

His role, according to a letter submitted to the Office of the Advisory Committee on Business Appointments (ACOBA), chaired by Lord Pickles, involves providing “entrepreneurial leadership of the Institute” and setting “the Institute’s strategic aims”.

ACOBA approved Johnson’s job change, with Lord Pickles writing in April 2020 that “the risk you made decisions or took action in office in expectation of this role [is] low”.

? POWER VACUUM: A closer look at the PM's connections to James Dyson.

Let's start at the beginning… ?

The prime minister’s messages with Dyson came to light amid a simmering row over lobbying in Westminster, with some suggesting that the exchange breached the ministerial code, which states that “a private secretary or official should be present for all discussions relating to government business”.

Labour called the revelations “jaw-dropping”, with shadow business minister Lucy Powell saying: “Frankly it stinks that a billionaire businessman can text the prime minister and get an immediate response and, apparently, an immediate change in policy.”

Amid questions around renovations to his Downing Street flat, the prime minister has dismissed as “trivia” a probe into how the lavish refurbishments were ended.

The prime minister said that the public were “overwhelmingly” focused on issues such as crime and the coronavirus crisis, ahead of the elections on Thursday, while campaigning in Hartlepool.

It comes after the leader of the Scottish Conservatives said the prime minister should resign if he is found to have broken the ministerial code, amid an ongoing row over lobbying and allegations of cronyism by Labour.

Douglas Ross said on Sunday that Johnson should “of course” quit if he is found to have breached the code.

Labour leader Sir Keir Starmer said that other senior Conservatives should “follow suit” and insisted that holding the prime minister to account was not “party politics”.

He told reporters during a visit to Lewisham: “It’s very good to see senior Conservatives recognising the seriousness of the situation that the prime minister could be in and the implications of breaching ministerial code.

“Over the last week or so, some people have said holding the government, holding the prime minister, to account, is somehow party politics.

“This demonstrates that it isn’t – there’s a shared, cross-party need to uphold standards in public office, and I think other senior Conservatives should follow suit now.”