“We wouldn’t make obeying speed limits a personal choice. The whole point of a face mask is that you are protecting other people, not just yourself." 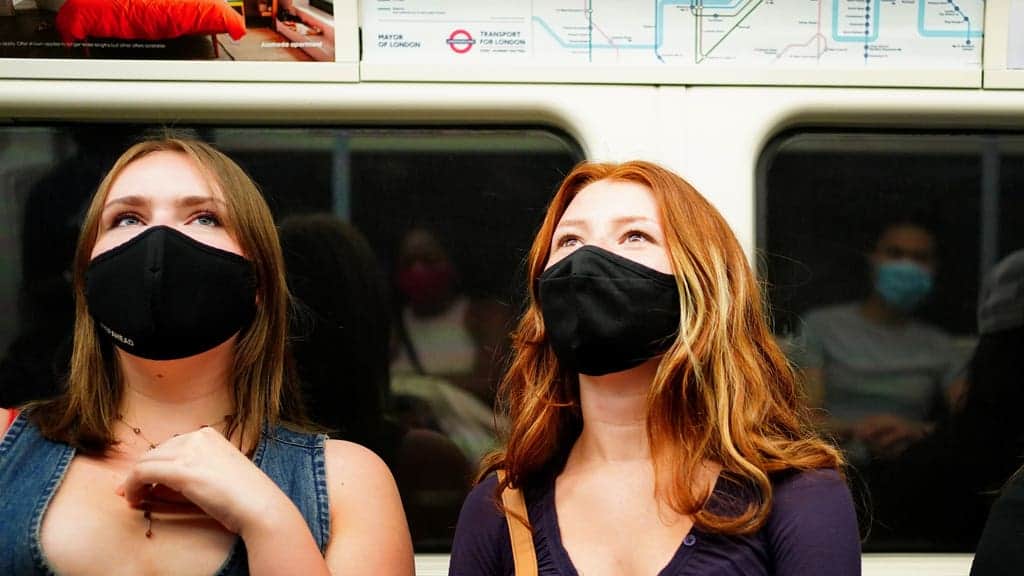 Scientists, unions and politicians have expressed unease over government plans to leave the wearing of face masks up to personal choice.

Boris Johnson is expected to announce on Monday that face coverings will no longer be required in many situations from the so-called Freedom Day.

But it has led to widespread condemnation.

The sheer, unforgivable folly of this government in choosing to bin remaining Covid control measures when our infection rates are stratospheric. pic.twitter.com/1a3FZnenKw

Labour’s Jamie Driscoll, the elected North of Tyne mayor, said easing restrictions, including lifting the requirement to wear a mask, should not be left to individuals to decide.

He told the PA news agency: “We can’t leave it to personal choice as to whether people wear face masks.

“The whole point of a face mask is that you are protecting other people, not just yourself.”

He said wearing a mask was a “minor inconvenience” which allowed society to open up.

He added: “We can still go out and enjoy ourselves.

“Businesses can still function but we need to do everything we can to minimise the spread of the disease, to lower the possibility of variants emerging while the vaccine programme continues.

“And I’d urge everyone who hasn’t had both doses of the vaccine to get them as soon as they can.”

Unite, which represents tens of thousands of public transport workers, claimed it would be “gross negligence” to end the requirement on July 19.

National officer for passenger transport Bobby Morton said: “To end the requirement to wear masks on public transport would be an act of gross negligence by the Government.

“Rates of infection are continuing to increase and not only does mask-wearing reduce transmissions, it helps provide reassurance to drivers and to passengers who are nervous about using public transport.

“The idea of personal responsibility and hoping that people will wear masks is absolutely ridiculous.

“Members are already reporting there is an increase in passengers ignoring the rules on mask-wearing.

“Until rates of Covid-19 are fully under control, throughout the whole of the UK, the rules on mask-wearing on public transport should remain in place.”

“I don’t particularly want to wear a mask”

Asked on Sky News’ Trevor Phillips On Sunday programme whether he would “get rid” of his mask after July 19 if permitted to do so, communities secretary Robert Jenrick said:

“I will. I don’t particularly want to wear a mask. I don’t think a lot of people enjoy doing it.”

Mick Lynch, general secretary of the Rail, Maritime and Transport union (RMT), claimed that “yet again there’s a real danger of the Government making up policy on the hoof on critical issues”.

He continued: “Back in the real world, discussions are ongoing at industry-wide level but all parties are having to second-guess what the Government will say later today and that is not good enough.

“All the indications are that the Government are going for a free-for-all, whereas common sense and medical advice seems to indicate that some level of control should remain in place in the public realm.”