By Joe Mellor, Deputy Editor A poll claims that no Icelanders under 25 think God created the Universe and over 90 per cent of the respondants believe that the big bang theory created the universe. The Icelandic Ethical Humanist Association, who commissioned the poll, said 93.9 per cent in the under 25 category were favourable […] 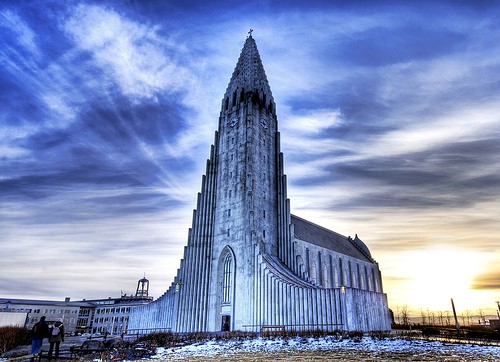 A poll claims that no Icelanders under 25 think God created the Universe and over 90 per cent of the respondants believe that the big bang theory created the universe.

The Icelandic Ethical Humanist Association, who commissioned the poll, said 93.9 per cent in the under 25 category were favourable to the big bang theory. None of the respondents believed that the universe had been created by God or any religious entity. 6 per cent responded with ‘don’t know’ or ‘other’.

The polls findings come as a surprise, as the Icelandic constitution doesn’t allow the separation of the state from the church. The results also don’t mean that Iceland is the least religious country on the planet. That top spot is probably taken by China where 90 per cent of people claim to be non-religious of atheists.

Pope Francis has said that the theory of evolution and the Big Bang are not incompatible with the existence of God, he actually said they “require it”. It has also been argued that a Catholic priest and Physicist Georges Lemaître originally hypothesised the big bang theory.