Levels of recorded self-harm were “also the highest in the women’s estate”, and two women had taken their own lives since the previous inspection. 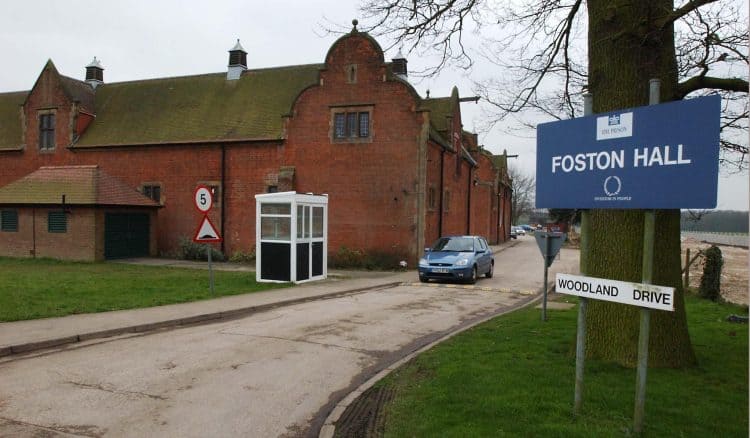 Safety improvements have been urged at a women’s jail by inspectors who found inmates were making “1,000 calls a month” to Samaritans.

A report published on Wednesday following an inspection of HMP YOI Foston Hall, in Derbyshire, by HM Inspectorate of Prisons rated safety at the jail as “poor”, calling it “a rare and unexpected finding in a women’s prison”.

The prison had 272 inmates at the time of the inspection, towards the end of last year, just short of it 296 capacity.

Inmates are a mix – from prisoners waiting on remand for court dates to those serving various sentences, including life terms.

Inspectors remarked that its rural location made “an excellent external environment” for inmates’ well-being, and that on their last visit in 2019, before the pandemic, it was found to be “reasonably good” across four key measures.

Following the recent inspection, the prison remained rated “reasonably good” for both respect and rehabilitation.

But it had declined to “not sufficiently good” in the purposeful activity category, and plunged two grades to “poor” for safety.

During the latest inspection, there had been “a deterioration in the regime and provision of purposeful activity” which was “in common” with other jails, emerging from the pandemic.

However, the prison was now judged to be “poor” for safety outcomes – the lowest possible rating.

Charlie Taylor, HM Chief Inspector of Prisons, said in the report that levels of violence were “very high”, noting an increase in violence generally but “particularly against staff”.

Use of force had “doubled” since 2019 and was “the highest” of any women’s prison.

However, there were signs of recent improvements and there was “evidence of good de-escalation” of incidents.

Levels of recorded self-harm were “also the highest in the women’s estate”, and two women had taken their own lives since the previous inspection.

Inspectors said one “indicator of the level of distress” was to be found in the fact inmates were making “1,000 calls a month to the Samaritans”, yet the prison had “no strategy to reduce self-harm”.

Messages left on the prison’s crisis “hotline” had “not been checked for six weeks”.

The report concluded: “The response to women in crisis was too reactive, uncaring and often punitive.”

After analysing the results of a survey given to inmates to complete, the inspection team said it was no surprise a third “felt unsafe”.

The quality of accommodation was “mixed”, with older cells showing wear.

Cells for new inmates were “shabby and many had graffiti on the walls”.

Report-writers also found “the healthcare and dental facilities were not fit for purpose”, and recommended a shake-up.

However, inspectors praised areas of “notable” good practice; including offering blood-borne virus testing and treatment and prompt referrals to mental health services, through a triage worker.

Turning to the prison’s leadership, the report flagged “considerable instability”, adding some areas were “operating ineffectively, if at all”.

A new governor appointed a year ago was addressing the jail’s issues, inspectors said, but “many deficiencies remained… and there was insufficient attention to the very obvious need to improve the safety of women”.

Although almost fully staffed at the time of the inspection, nearly a third of its frontline officers “were non-effective and non-deployable”, he added.

In conclusion, the inspection said the prison “needs to do much better”.

Inspectors said that while Foston Hall’s decline appeared to have stopped, there was “less confidence about how improvements would be made”.

Mr Taylor said the prison’s leadership “needed to get staff back to work”, and “reconsider their priorities” including taking action “to make a women’s prison safer”.