"One paramedic was telling me on Boxing Day they had over 500 calls waiting but he was stuck in our A&E for three hours with a patient in his ambulance.” 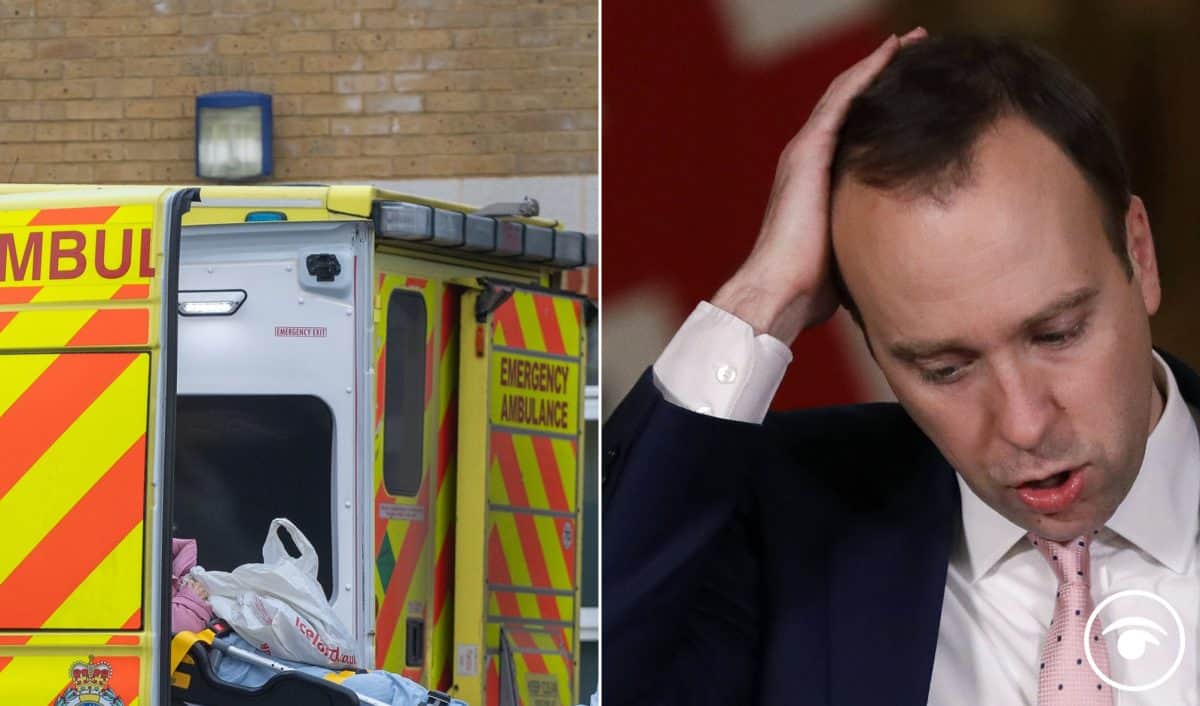 Patient safety is at risk and there are fears it is going to get worse for the NHS as the number of Covid infections rises.

Doctor Rachel Clarke Tweeted: “Stony silence from @MattHancock & @BorisJohnson on the crisis currently engulfing the NHS. At a time when hospitals are running out of oxygen, ICUs are full & critically ill Covid patients are being transported 100s of miles by ambulance & helicopter. Talk to the country. Lead.”

It comes as a nurse has described the “unbearable” conditions in their hospital as Covid-19 patient numbers continue to rise.

The nurse, who spoke on condition of anonymity, told the PA news agency: “I’m worried about patient safety because if these little things are happening now when we’re short and it’s busy, it’s only going to get worse.

“I don’t know what else will happen – it worries me.”

The number of Covid-19 patients in hospitals is at record levels in many areas of England – including London, the South West and the Midlands – with admissions rising above the levels seen during the first wave.

And staff in some hospitals are struggling to cope.

“It’s not having enough nurses to care for patients, patient safety is being affected,” the nurse told PA.

“Some are in corridors, being looked after in makeshift areas, makeshift wards have been created for Covid patients, and ICUs are running out of space.

“Staff have got low morale – we haven’t even gotten over the first wave physically, emotionally and mentally, and now we’re having to deal with this second wave.”

The nurse described finding one Covid patient with “several health conditions” who had been left on an oxygen cylinder after it had run out.

They told PA: “He thought he was receiving oxygen but the whole cylinder had run out.

“Because of staff shortages and because the nurses are tired, no one had checked on him.

“He was in a room with an oxygen port on the wall but he was left on a cylinder and no one had gone back to check on him.”

They said nurses were overstretched as six beds were being put in bays that usually hold four, and having to check in on patients in other rooms that were being converted into makeshift wards.

“You’ve got patients in plaster rooms on hospital beds, and patients being left on oxygen in corridors and waiting to be taken back to their room,” they said.

“Over Christmas it was so, so short, and it’s really worrying because patient safety is already being affected.”

The nurse said some patients were receiving all their treatment inside the ambulance they arrived in because there was no room for them inside the hospital.

“One paramedic was telling me on Boxing Day they had over 500 calls waiting but he was stuck in our A&E for three hours with a patient in his ambulance,” they said.

“It’s these sorts of things that if they continue to happen, it makes me wonder, is somebody going to be harmed because of this?”

They said the hospital had been put on divert recently, meaning ambulances were told not take patients there because they were not able to take any more.

And while patients are being treated in ambulances outside the hospital, the paramedics are unable to go and attend to more call-outs.

With a peak expected in the coming weeks after some families gathered at Christmas, and the potential for damage if people mixed at New Year, the nurse called for the Government to instigate a “complete lockdown”.

They said the public may not be adhering to Covid restrictions as stringently as before, and that it was essential for people to stay home.

“I don’t necessarily blame the public when the messages have been so mixed from this Government,” they told PA.

“But I just want them to hear us and hear what we’re saying because it’s really unbearable.”