A junior doctor captured the footage, saying he wished people could see the amount of Covid 19 and death in hospitals. 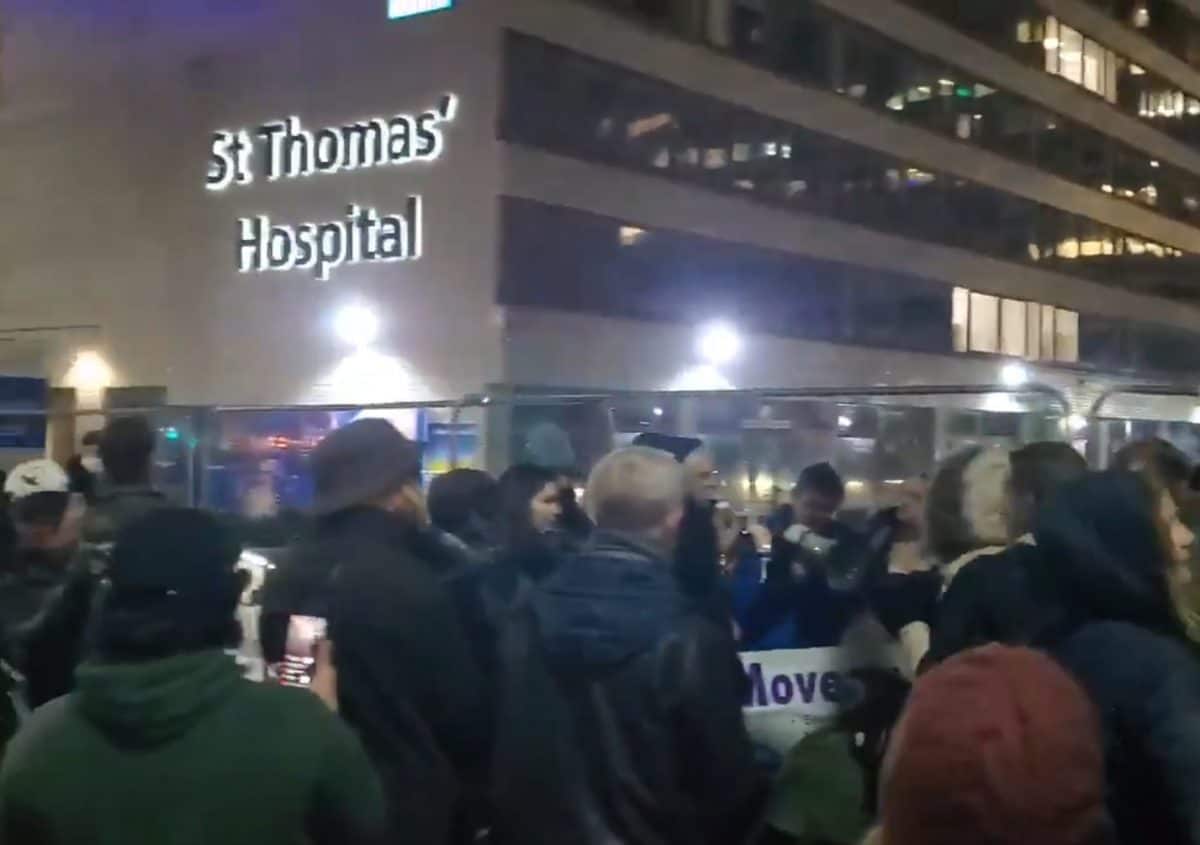 Hundreds of people convened outside St Thomas’ Hospital on New Year’s Eve to protest the “covid hoax” and lockdown measures.

Junior doctor Matthew Lee posted footage of the crowd, assembled without masks or social distancing, outside a building where hundreds are sick and dying.

Piers Morgan called the scenes “disgusting”, while several others criticised the “covidiots” for their senseless stupidity.

Lee also expressed his detestation, but said he was “mostly heartbroken”.

“I wish people could see the amount of COVID19 and death in hospitals, and the sacrifices that healthcare workers make,” he said.

Worked the late A&E SHO shift on NYE and came out to this. Hundreds of maskless, drunk people in huge groups shouting "Covid is a hoax", literally outside the building where hundreds are sick and dying. Why do people still not realise the seriousness of this pandemic? pic.twitter.com/KTkCtNf62A

The UK recorded a further 53,285 coronavirus cases today, as well as 613 deaths within 28 days of a positive test.

Although slightly down on Thursday’s figure of 55,892 – the highest number on record – it is still the fifth consecutive day that the country has reported in excess of 50,000 new infections.

The new figures come amid warnings that emergency staff were at “battle stations” as cases continue to spiral.

Adrian Boyle, vice president of the Royal College of Emergency Medicine, said people were “tired, frustrated and fed-up”, while Saffron Cordery, deputy chief executive of NHS Providers, said the next few weeks would be “nail-bitingly difficult for the NHS”.

Dr Boyle told BBC Breakfast: “What is it going to be like over the next couple of months? I don’t know, I am worried.

“We are very much at battle stations. There will be short-term surges of morale but people are tired, frustrated and fed-up, as everybody is, whether they work in hospital or not.

“The people who go into emergency medicine expect it to be tough from time to time. There is a real worry about burnout.”