The fee meant people who have been living in the UK but have been forced to apply for the EU Settlement Scheme if they want to remain here after Brexit faced charges of just over £10 for 15 minutes. 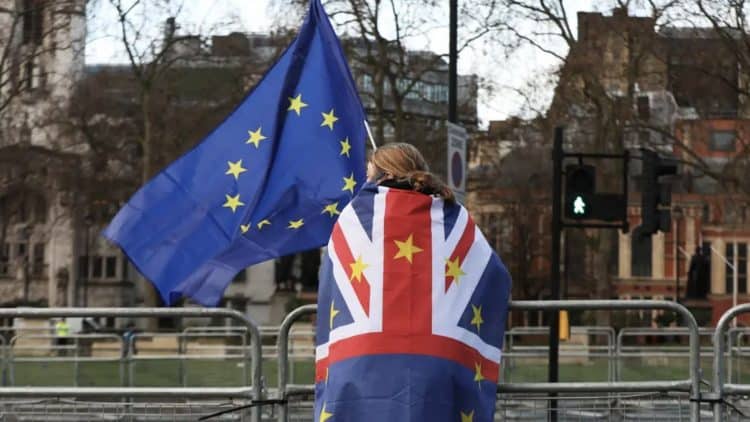 UK ministers have been heavily criticised after introducing a helpline fee of 69p per minute for EU citizens who need to prove their right to stay in Britain post-Brexit to employers and landlords.

The fee meant people who have been living in the UK but have been forced to apply for the EU Settlement Scheme if they want to remain here after Brexit faced charges of just over £10 for 15 minutes.

A recorded message told callers seeking help that they would also need to have their card details to hand in order to pay a “pre-authorisation” fee of £5 before they speak to an assistant. the3million, an EU citizens rights campaigning group, sent a letter to immigration minister Kevin Foster.

Following the letter, the Home Office said today that the charge was caused by a “technical error” and that it would be resolved today.

In the letter, the3million said the charges are “contrary to the assurances given” in a High Court’s decision, as the Home Office has previously told the court that it would not charge for calls.

The letter read: “Clearly this is causing a lot of distress to EU citizens who are struggling to prove their status, especially in combination that there appear to be several technical issues known to the Home Office where people cannot access their digital status.”

Campaigners said many with pre-settled status attempting to obtain settled status have faced being presented as “an applicant with time-limited six-month rights rather than a holder of rights with several years before expiry”, as it was promised by the Home Office.

The Home Office told The Guardian there is an option on their helpline menu that does not incur fees.

To read our letter to the Home Office, see https://t.co/RYPlZJhFpP

For all our correspondence, see https://t.co/aOVXbpsGtm