In the letter Therese Coffey, they write: “On behalf of those we have lost, we are doing all we can to find out how the state has failed to protect vulnerable people from death and serious harm." 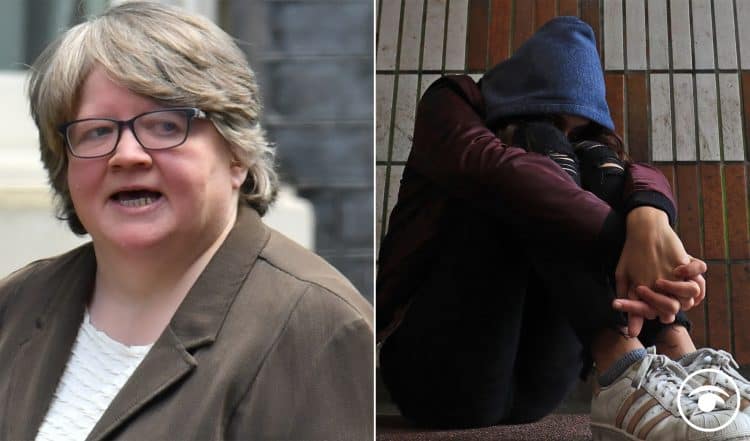 The bereaved families of five benefits claimants are calling for a public inquiry into deaths and serious harm linked to the welfare system.

Relatives of Errol Graham, Jodey Whiting, Philippa Day, Kevin Dooley, and Clive Johnson are calling for the Government to launch an inquiry and establish an independent body to investigate future cases.

They have written to the Department of Work and Pensions (DWP) saying the benefits system is harming those who most need its support and they “refuse to stand by and watch the same thing happen to other families”.

They say their loved ones died following “catastrophic failings” in the welfare system, and it is shocking that the DWP has not yet launched a public inquiry.

It is “hard to imagine a more serious concern for a department that exists to support people”, they add.

They say existing mistakes and structures must be scrutinised in-depth, with families having been forced to seek answers individually and “resisted at every turn by the DWP”.

In the letter to Work and Pensions Secretary Therese Coffey, they write: “On behalf of those we have lost, we are doing all we can to find out how the state has failed to protect vulnerable people from death and serious harm.

“We are seeking answers about how these situations can be prevented from happening again and how the whole system can be made more humane and more transparent.

“Our question is whether you are doing the same?

Signatories of the letter include Alison Turner, the fiancee of 57-year-old Errol Graham’s son.

Mr Graham, who suffered from depression, starved to death in June 2018, eight months after his employment support allowance (ESA) was withdrawn.

Also backing the call is Joy Dove, the mother of 42-year-old Jodey Whiting, who died in February 2017 after her disability benefit was stopped when she did not attend a work capability assessment.

The families are working with Rethink Mental Illness, which has published a report as part of its Stop Benefits Deaths campaign.

It says the current process for investigating cases is “shrouded in secrecy with little to no public accountability”.

There have been 124 internal reviews started by the DWP into deaths and serious harm since July 2019, with 97 of these cases involving people who died.

The charity believes the true extent of harm is yet to be revealed.

It is urging members of the public who have been affected by a death or serious harm related to the benefit system to get in touch with their experience.

Mark Winstanley, chief executive of Rethink Mental Illness, said families’ pain has been compounded by the lack of accountability from the DWP and secrecy surrounding their investigations.

He said: “Bereaved families should not have to spend years campaigning for justice.

“We fear we’ve only seen the tip of the iceberg when it comes to the number of people affected by this flawed system.

“If the DWP is going to restore faith in the system, it has urgent questions to answer. The government has both the responsibility and the opportunity to stop more families from experiencing this trauma.”

A DWP spokeswoman said: “These are tragic cases and our sincere condolences are with the families.

“In the vast majority of cases, we deliver a supportive and compassionate service and take any occasions where we have not extremely seriously – learning lessons and making changes to our system where necessary.

“To improve our services we established a Serious Case Panel in 2019 and we’ve also introduced a new holistic approach to help ensure that we make the right PIP and ESA decisions as early as possible and get people the right support more quickly.”