Rather than pretending it is their way or no way and that they are in some way above the law and therefore not bound to follow the laws of the land as all other employers are required to do, these companies need to play by the rules says GMB. GMB, the union for gig economy […] 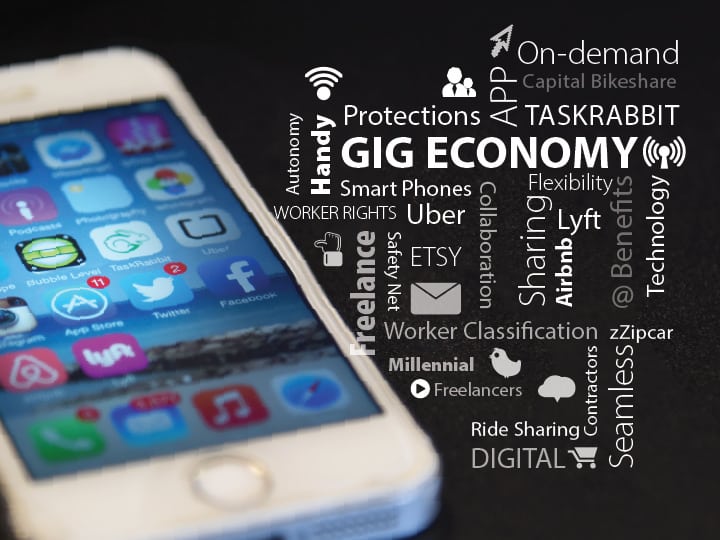 Rather than pretending it is their way or no way and that they are in some way above the law and therefore not bound to follow the laws of the land as all other employers are required to do, these companies need to play by the rules says GMB.

GMB, the union for gig economy workers, today joined Uber, Amazon and Hermes workers to tell a parliamentary committee of MPs about the horrors of life in the gig economy.

Speaking behind closed doors for fear of repercussions, the Uber driver told politicians he only earns £6 an hour after costs are taken into account – well below the National Minimum Wage of £7.50 an hour.

Meanwhile the Hermes driver revealed the case of a driver’s contract being cancelled because he was unable to work due to the premature birth of a child.

Speaking in front of the Business, Energy and Industrial Strategy (BEIS) committee, GMB Officer Mick Rix spoke about the stress and mental health issues suffered by many people due to so called flexible working.

Speaking after the hearing, GMB National Officer Mick Rix said: “MPs have once again heard first-hand from those employed in the so called gig economy about the horrors of insecure work and how companies like Uber, Amazon and Hermes flout the law to maximise their profits at the expense of their workers’ pay and conditions.

“Is cancelling a drivers’ contract because they ask for time off to attend the premature birth of their child an example of the benefits of flexible working?

“A £70billion giant like Uber shedding crocodile tears to MPs about how much it would cost them to classify their drivers as the workers they already are is nothing short of pathetic.

“Rather than pretending it is Uber’s way or no way and that they are in some way above the law and therefore not bound to follow the laws of the land as all other employers are required to do, Uber needs to play by the rules.

“This includes paying people their lawful entitlement such as the national minimum wage, holiday pay, rest breaks and other basic entitlements.

“The Uber model worldwide has been to ignore, or ride roughshod, over these laws and entitlements and it is exactly this sort of cavalier attitude that resulted in TfL withholding its license in London.

“GMB members at Uber regularly tell us the horror stories they encounter every day at work – the long hours and the up-front costs each individual driver shoulders before they are allowed to drive for Uber.

“Currently Uber drivers are missing out on rights such as sick pay, maternity and paternity rights and holiday – but also have uncapped hours on how long they can drive – putting both driver and customers at risk.

“Uber needs to realise it is no longer a Silicon Valley start-up, stop playing the victim and start taking its legal responsibilities to its workers seriously.

“And on World Mental Health Day, MPs heard how insecure work causes pressure, stress and mental ill-health for millions of workers, affecting them and their families.

“GMB research showed that six in 10 workers in insecure work have experienced mental ill-health as a result of their job.

“People missing out on holidays, people being bullied, people on poverty pay rights, unachievable targets and the permanent threat that work could dry up or not earning enough to get by.

“This isn’t just about the economy and workers’ rights, it’s also about treating people with dignity and valuing their health too.

“People spend between a third and half of their daily lives working and we’re not going to be able to tackle mental health issues for millions of people without addressing what is happening at work.”