The notorious businessman – formerly named Nicholas van Hoogstraten – was arrested following a row over clamping at a car park in Hove. 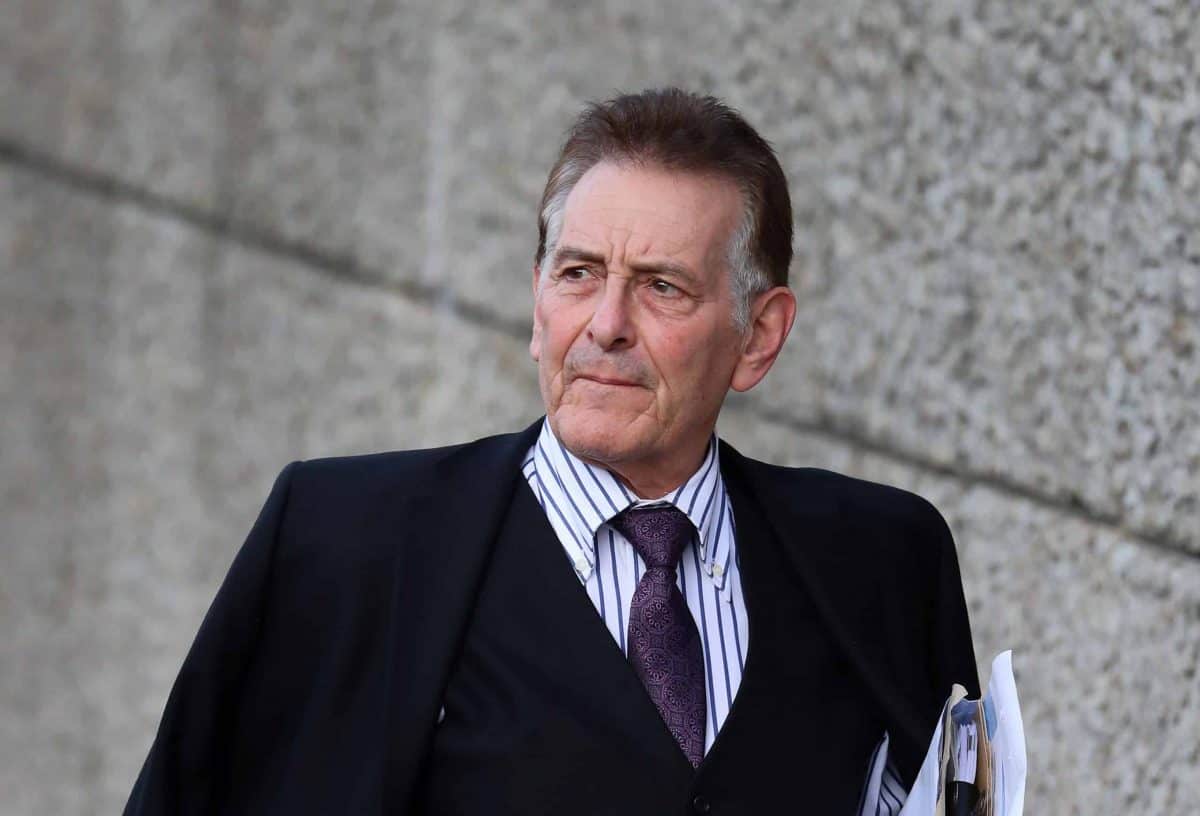 Landlord and property baron Nicholas van Hoogstraten - now named Nicholas Adolf von Hessen - arrives at Brighton and Hove Magistrates' Court, in Brighton, where he is due to stand trial for a public order offence after using threatening words and behaviour.

Notorious property tycoon Nicholas Adolf von Hessen has walked free from court after he was found not guilty over an accusation he suggested a police officer was a “poofter”.

The British businessman made the comment after his son was arrested following a row over clamping at a car park he owns in Hove, East Sussex.

He was cleared by magistrates on Tuesday of behaviour causing harassment, alarm or distress.

Mr von Hessen called the proceedings “laughable, a complete waste of public money and a disgrace”.

The 75-year-old – formerly named Nicholas van Hoogstraten – told a trial at Brighton Magistrates’ Court that the words he used were “maybe he’s a poofter as well”.

He added: “And since when (is) poof or poofter in any way offensive?”

Police had been called to the private car park after a man complained that his car had been illegally clamped and a group of men were threatening to hit him if he did not pay, the court heard.

Prosecutor Melanie Wotton said: “His son is shouting and at that point Mr von Hessen says ‘he’s a poof’ to Pc Breeds.

Police bodycam footage of the incident was played for the magistrates.

He told the court: “It’s something you should not have to hear.”

Defence solicitor Andrew Foreman – who was appointed by the court to question witnesses on Mr von Hessen’s behalf – asked when the tycoon was confrontational.

He also asked why, if Pc Breeds felt offended by the term, he did not immediately arrest Mr von Hessen.

The officer said: “How could I physically arrest him when I have got his son who is twice my size in handcuffs?”

Pc Breeds was also accused of exaggerating what was said when he relayed it to a colleague.

Mr von Hessen, who began the hearing by accusing the prosecutor of telling “blatant lies in this court”, stood in the witness box to give evidence in his defence.

He said that while his family owns the car park the management and enforcement is carried out by a private contractor.

“This was said quietly and directed towards his son. Mr von Hessen was not confrontational.”

She accepted the words are “unpleasant and rude” but the magistrates did not think it passed the criminal standard in this case.

Speaking outside court, Mr von Hessen said: “I’m pleased to see that there’s still a semblance of British justice. It shouldn’t have got off the ground in the first place.”

Asked why he chose to represent himself in court, he replied: “Because I don’t trust lawyers.”