The petition was started following the death of TV presenter Caroline Flack. 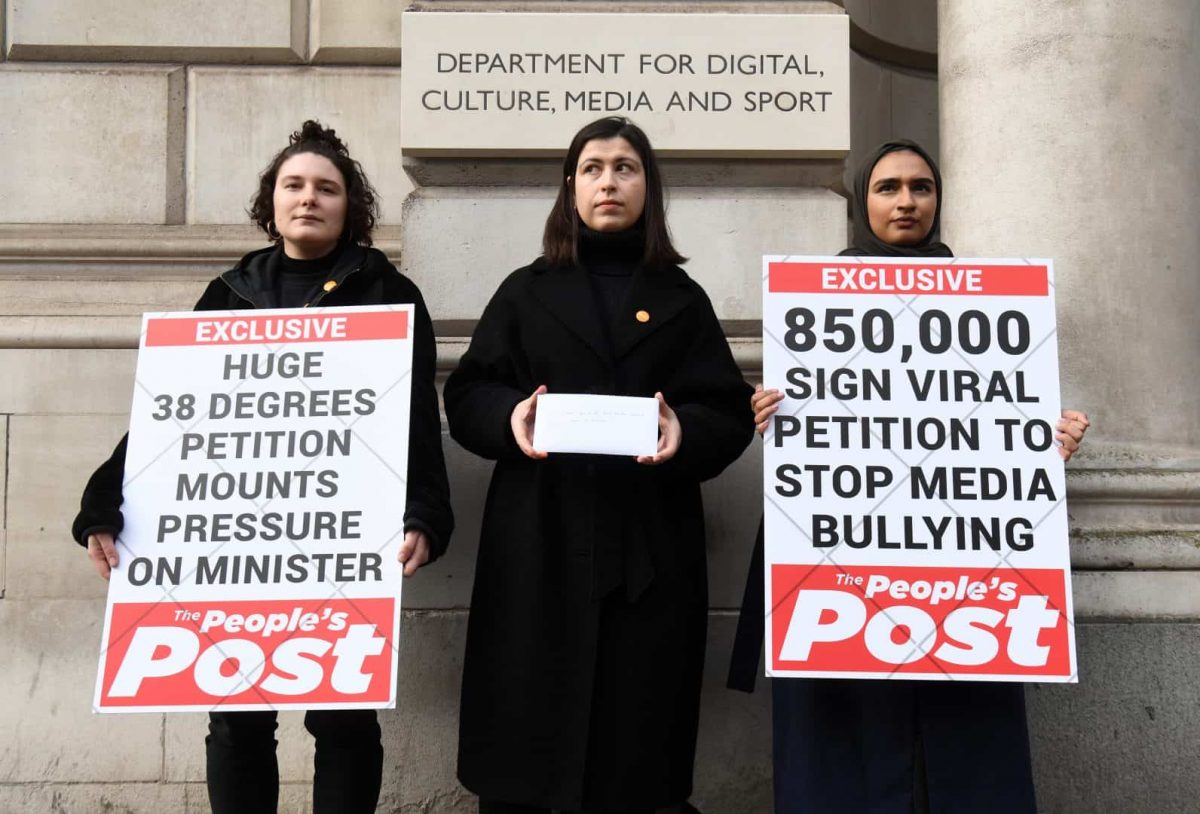 A petition signed by more than 850,000 people calling for the introduction of a “Caroline’s Law” to bring an end to “harassment and bullying by the media” has been handed to the Government.

Campaigners delivered the petition, which was started in the wake of the death of TV presenter Caroline Flack, to the Department for Digital, Culture, Media and Sport on Tuesday.

Vans carrying placards with messages about the media were parked outside as the petition was handed over.

One read: “Behind every photo and every story is a real person. 850,000 people say end media bullying now.”

Knowingly and relentlessly bullying a person

The online petition calls for a change in the law “that would make it a criminal offence, not dissimilar to corporate manslaughter, for the British media to knowingly and relentlessly bully a person, whether they be in the public eye or not, up to the point that they take their own life”, according to its website.

It added: “Sections of the British press and media act with impunity, and more recently there have been a number of cases where they have sought to sensationalise the misfortune of individuals to the catastrophic detriment of the individuals’ mental welfare.”

Holly Maltby, from campaign group 38 degrees, said that the petition, which was set up by a member of the public, had seen “the most extraordinary growth in the last couple of weeks”.

She added: “The petition was set up after the sad passing of Caroline Flack and I think we are still in a moment where the nation is coming to terms with that, and I’m sure her family are too.

“This is actually something that people across the country experience.

“It is not just celebrities who have their lives invaded by the press.”

She added that Flack’s death “has brought to life something that the public really, really care about”.

“What we are calling for today is for the Government to really take this seriously and for their to be a proper independent regulator which has teeth who can really hold the media to account when these things are not being done well,” Ms Maltby added.

Former Love Island host Flack, 40, was found dead at her home in east London last month after she took her own life.

She had been at the centre of media attention after being charged with assaulting her boyfriend Lewis Burton in December. She had pleaded not guilty to assault by beating at a magistrates’ court hearing, but was due to face trial in March.

In a social media post shared posthumously by her family, Flack wrote: “The truth has been taken out of my hands and used as entertainment.

“I’ve accepted shame and toxic opinions on my life for over 10 years and yet told myself it’s all part of my job. No complaining.”