“It’s tempting to do it one last time to get rid of Boris Johnson," the owner told The London Economic. 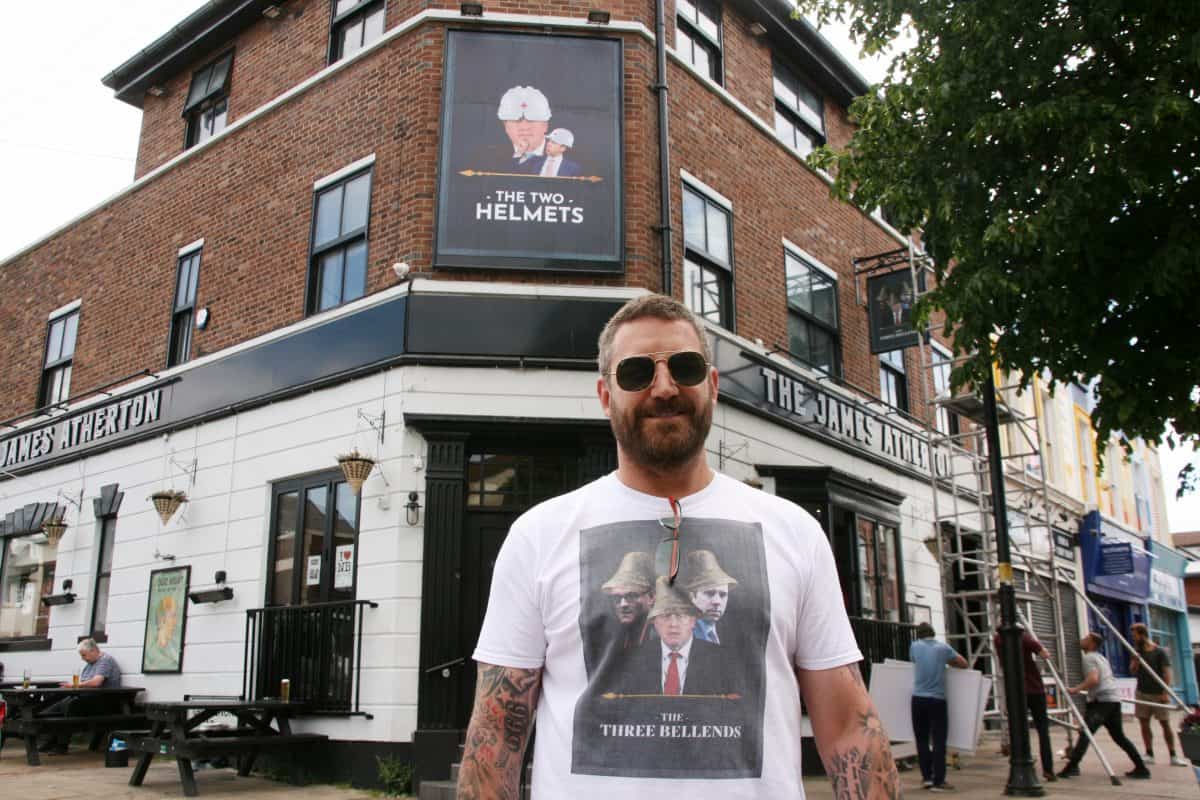 A pub not far from Liverpool has received hundreds of new suggestions on how to rebrand after its previous two names having a pop at the government went viral on social media.

The James Atherton called itself The Three Bellends last October, placing a sign showing Dominic Cummings, Boris Johnson and Matt Hancock with bells on their heads outside its venue in New Brighton, Merseyside.

But upon Cummings leaving Downing Street soon after, the pub was renamed ‘The Two Helmets’ last month, featuring Hancock and Johnson.

‘Tempting to rebrand one last time to get rid of Johnson’

Now that Hancock resigned after it emerged he had an affair whilst at work with one of his close aides, the brainstorming to rebrand the pub again has kicked off.

More than 200 people chipped in with suggestions involving all sorts of plays on words, making it a difficult task to choose.

Owner Daniel Davies told The London Economic: “The first time we did it, a couple of weeks later Dominic Cummings went, and about two weeks before Matt Hancock resigned we rebranded it again.

“It’s tempting to do it one last time to get rid of Boris Johnson.”

One Twitter user said the pub should be called Hands, face, back to my place.

And another said it should be called The Cock Inn.

Hands, face, back to my place