“Staying on point now that Dominic Cummings has gone #TheTwoHelmets," a Labour councillor has said. 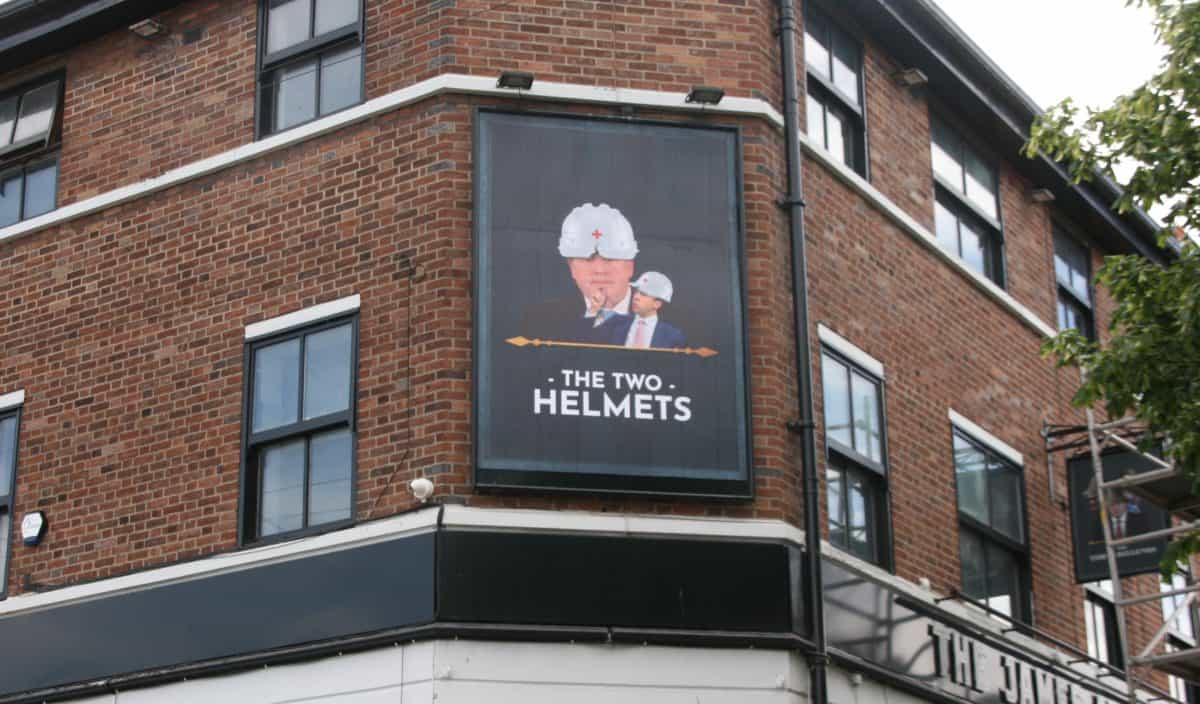 A pub in New Brighton, Merseyside, has been rebranded itself again with another funny pop at the UK government.

The James Atherton called itself “The Three Bellends” last October in the light of government restrictions in the Liverpool area.

But in the light of Dominic Cummings leaving Downing Street a month later, owner Daniel Davies has now renamed the pub again after Johnson delayed lifting the remaining lockdown restrictions on 21 June for four weeks.

The pub is now called ‘The Two Helmets’, and features Johnson and Hancock wearing cracked helmets with a red cross on them.

Davies, CEO of Rockpoint Leisure, the company owning the pub, told Liverpool Echo: “Our business has been decimated and their lack of action has compounded the problem. Westminster’s further decision to pick and choose which types of venue may open, based on those serving meals, for example, is mind-boggling.

“Whilst the renaming of the pub is clearly tongue in cheek, as far as I’m concerned the gloves are off and ministers need to understand the gravity of the perilous situation they have placed us in. This is a town that finally feels like it’s on the up and we need funding immediately to protect our businesses and support our staff.”

Paul Martin, Labour councillor for New Brighton ward, said: “From those that brought you The Three Bellends last year…

“Staying on point now that Dominic Cummings has gone #TheTwoHelmets”

And Gail Hughes said she is loving her neighbourhood for the stunt. She explained ‘Helmet’ is an offensive word in the Liverpool area.

From those that brought you the #ThreeBellends last year.
Staying on point now that DC has gone… #TheTwoHelmets pic.twitter.com/mNvPngM6wF