The money will be donated to UNICEF at the family's request to "support thousands of children around the world". 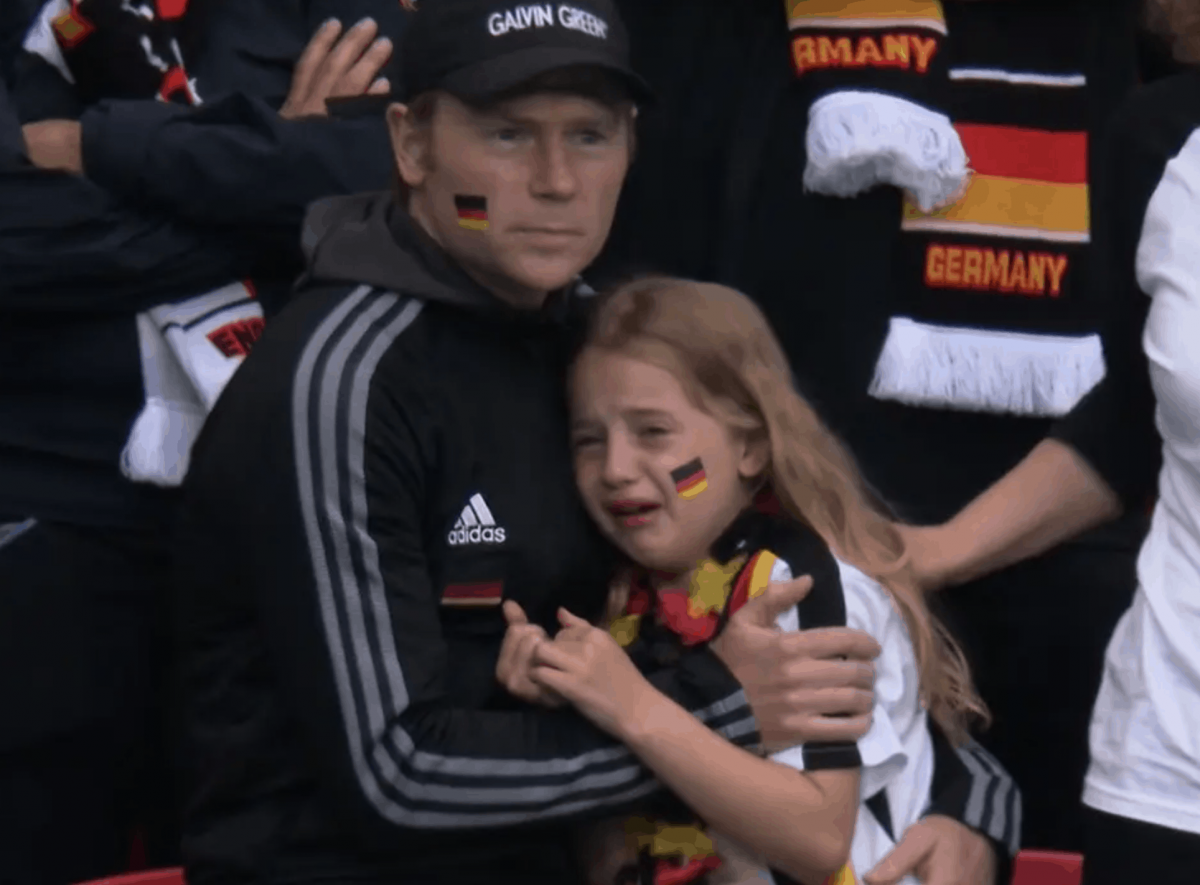 The family of a crying German girl at the heart of an online appeal has been found after tens of thousands of pounds was raised for her.

At the latest count some £36,000 had been raised as part of an appeal set up by Joel Hughes, who wanted to show that “not everyone from the UK is horrible”.

The young girl was laughed at by England fans when shown crying on-screen and later attacked online.

The money will now be donated to UNICEF at the family’s request.

“Society is better when people are kinder to one another”

In a statement, they said: “In the interests of our daughter and our family we would like to remain private however we wish to thank everyone for your amazing support.

“Our daughter would like to request your generous donations go to UNICEF, knowing that your kindness will do good.

“It is testament to the family’s spirit of kindness and belief that society is better when people are kinder to one another, that they have extremely generously chosen to donate this gift in its entirety to UNICEF.

“As a result, the legacy of the support from thousands of donors is that thousands of children from around the world will benefit through UNICEF’s work.

“None of this would have been possible without the actions of one man taking a stand against hate in football.

“Thanks to Joel, thousands of people from across the UK and Germany were able to show their support for the campaign and for fans from across the other side of the pitch.”

Joel added: “I am beyond grateful to all the supporters of this campaign without whose help we would not be where we are today – from the bottom of my heart, I thank you!

“Thanks also to all the warm messages of support from around the UK, Europe, and as far away as Japan. Huge thanks to the JustGiving team for all their invaluable help, and to UNICEF as the worthy charity chosen by the family.

“Finally, I would like to give special thanks to the family at the heart of this campaign. Their grace, courage, and generosity is an inspiration.”