Cuadrilla are under fire after a secret non-disclosure agreement between the fracking firm and the UK’s earthquake monitor, the British Geological Survey, was unearthed. 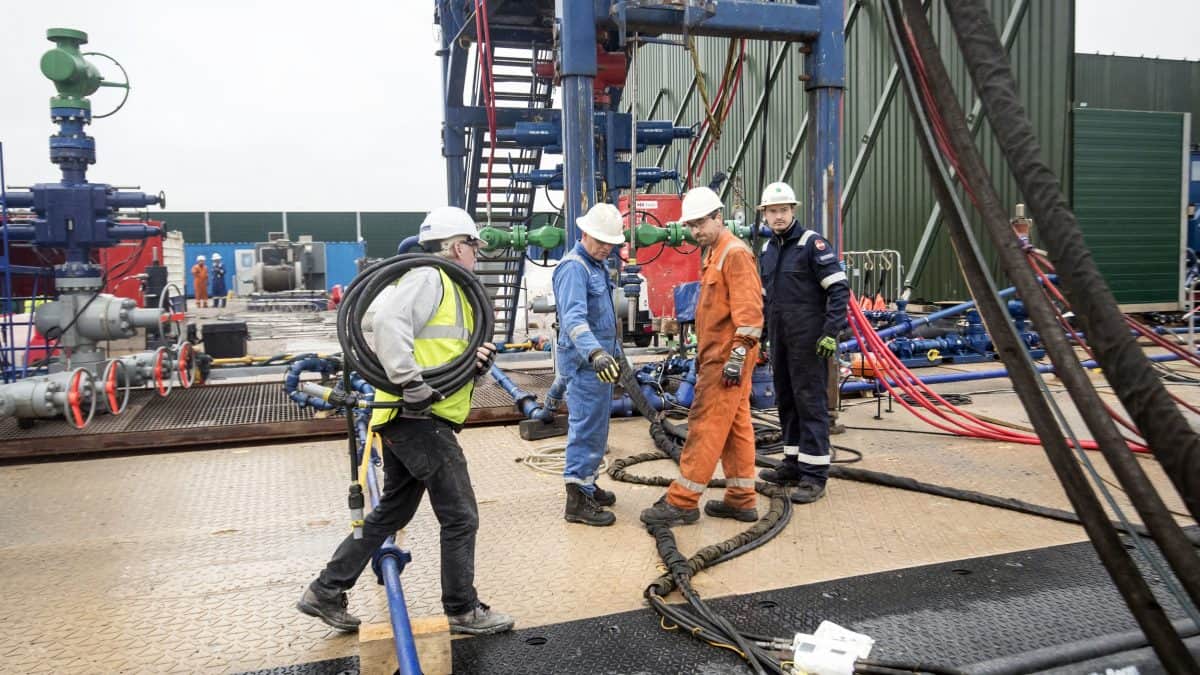 The UK’s only active fracking site experienced a tremor measuring 1.05 on the Richter scale on Friday night.

It came two days after a magnitude 1.55 tremor which was the largest ever tremor at the site run by Cuadrilla in Preston New Road, Lancashire.

Friday’s tremor was detected at 11.22pm. Fracking was temporarily stopped at the Cuadrilla site after Wednesday’s tremor. Pausing work for 18 hours is the routine response for any tremor over 0.5.

Cuadrilla want the threshold for earth tremors halting their operations to be made higher amid revelations that the fracking firm signed a secret deal with the UK’s national earthquake monitoring agency to ‘destroy confidential documents.’

The company said Friday evening’s earth tremor lasted for less than one second and “the measured vibration at ground level during the event was approximately 0.4 mm/s”.

“This micro seismicity followed today’s pumping operations,” it said. “The integrity of the well has been confirmed.” A smaller 0.53 magnitude tremor occurred just after 5am on Saturday and also lasted for less than one second, the company added.

A Cuadrilla spokesman said on Thursday that most people who live near the Preston New Road facility would not have noticed Wednesday’s movement, which would have felt similar to someone dropping a large bag of shopping on the floor.

“Minor movements of this level are to be expected and are way below anything that can cause harm or damage to anyone or their property,” he said.

Labour’s shadow business secretary Rebecca Long Bailey has called for fracking to be banned, saying it causes air and water pollution and contributes to climate change.

Cuadrilla are under fire after a non-disclosure agreement between Cuadrilla and the British Geological Survey – the UK’s earthquake monitoring agency was unearthed. It revealed that the earthquake monitor agreed only to release Cuadrilla operational data with the fracking firm’s permission and to destroy confidential documents at its request.

A redacted copy of the secret agreement was obtained by the i newspaper, along with correspondence between the agency and the fracking company using Environmental Information Regulations.Dr Doug Parr, chief scientist for Greenpeace UK, told the paper: “A confidentiality agreement will do little to increase confidence in an unpopular and mistrusted industry.”

A Cuadrilla spokesperson confirmed there was an agreement, insisting: “This agreement does not in any way impact the BGS in its publishing of a range of monitoring data. A confidentiality agreement is fairly standard practice between private and public sector organisations. Cuadrilla is committed to open and transparent operations.”

57 earth tremors in 60 days of fracking

Environmental campaign group Friends of the Earth said in 60 days of fracking last year there were 57 tremors in Lancashire and that it cannot be carried out without triggering earthquakes.

“Even small vibrations at ground level can be the sign of far more damaging impacts deep underground,” said Jamie Peters, a campaigner for the organisation.

The Government has said the extraction of shale gas through fracking could support the UK’s transition to net zero greenhouse gas emissions. But the Labour Party and environmental campaigners argue it is an inefficient method of producing energy as it costs so much and have renewed calls for fracking to be banned this week if the UK is to meet its climate targets.

Environmental campaign group Friends of the Earth said in 60 days of fracking last year there were 57 tremors in Lancashire.

It is “obvious” fracking cannot be carried out without triggering earthquakes, said Jamie Peters of Friends of the Earth.

He added: “Even small vibrations at ground level can be the sign of far more damaging impacts deep underground.”

Tremors have been detected at the site since the controversial fracking operation began in October last year.

A spokesman for the Department for Business, Energy & Industrial Strategy said: “These are very minor seismic events – thousands of which occur unnoticed in the UK every year – and are highly unlikely to be felt at the surface.

“These pauses in hydraulic fracturing allow regulators to carry out comprehensive safety checks. Our world leading regulations are the result of decades of UK expertise in oil and gas exploration, and are ensuring operations continue in a safe and environmentally responsible way.”