"You aren't Churchill. Nobody wants you to be Churchill. Stop playing dress up and resign." 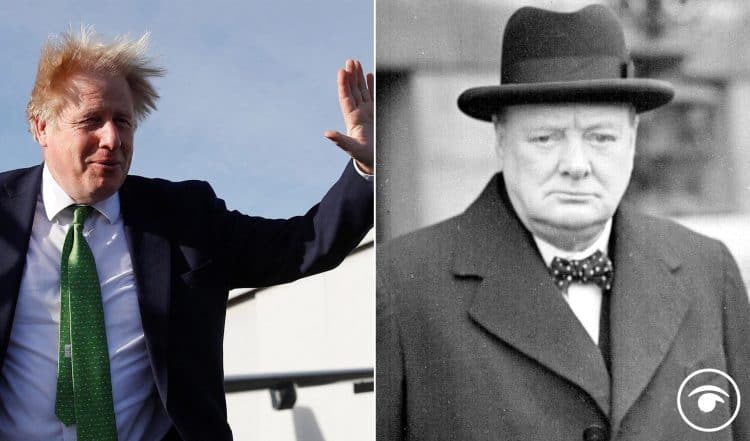 Russia’s plan to invade Ukraine would lead to the largest conflict in Europe since the Second World War, the Prime Minister has warned.

But his comments have drawn criticism from some people who think he is trying to emulate his hero Winston Churchill…again.

Boris Johnson said he wanted people to “understand the sheer cost in human life” that an incursion into Ukraine would bring, with casualties on both the Russian and Ukrainian sides, as he continued to urged Moscow to engage in peace talks.

He told BBC News: “The plan that we’re seeing is for something that could be the biggest war in Europe since 1945 just in terms of sheer scale.

“You’re looking at not just an invasion through the east through the Donbas, but according to the intelligence we are seeing, coming down from the north, down from Belarus and actually encircling Kyiv itself, as Joe Biden explained to a lot of us last night.

“I think a lot of people need to understand the sheer cost in human life that that could entail, not just for Ukrainians but for Russians.”

Foreign Secretary Liz Truss, meanwhile, used a separate interview to state that President Vladimir Putin “will not stop at Ukraine” as she argued he is looking to piece the Soviet Union back together.

Many people saw Johnson’s comments as another attempt to copy his hero Winston Churchill.