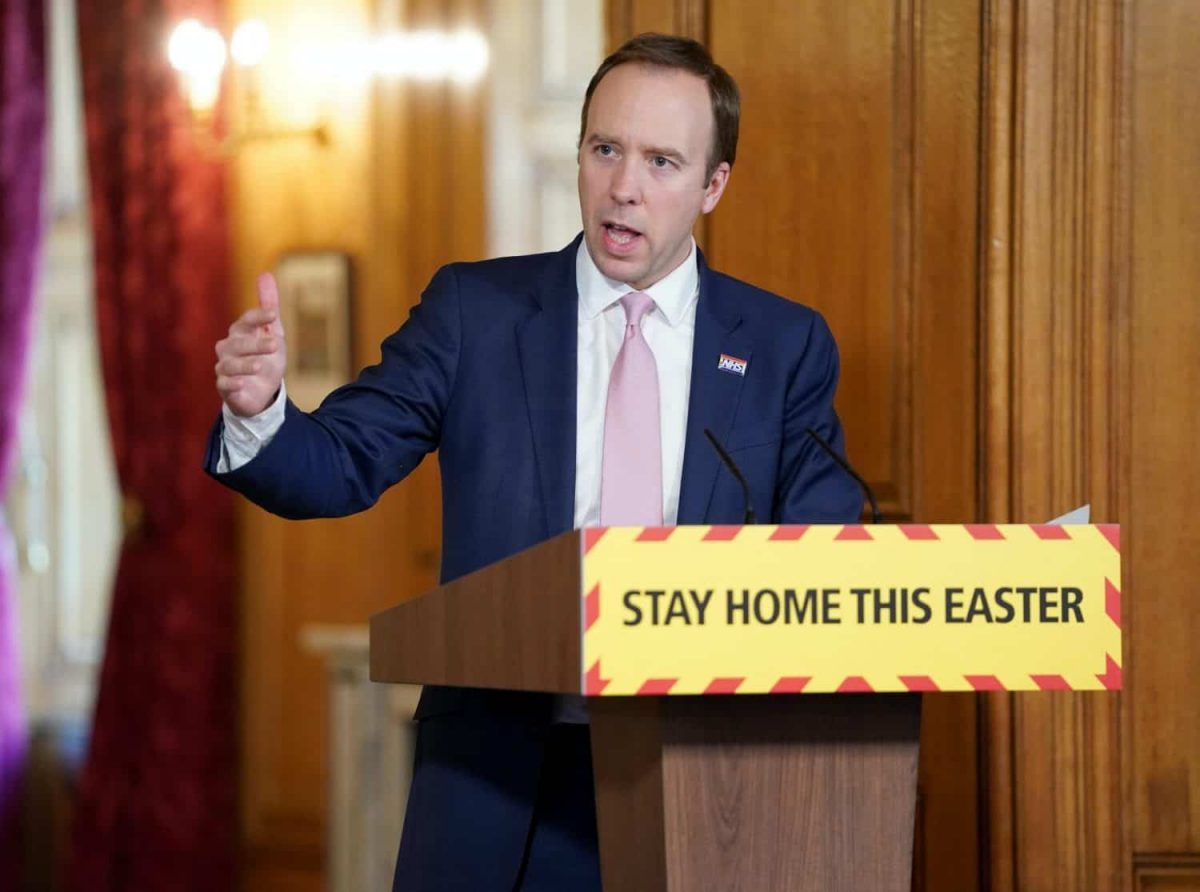 Medical staff may refuse to work this weekend if there are not enough gowns and other personal protective equipment (PPE) for them, a union has warned. The news comes as Matt Hancock couldn’t ensure the NHS that enough PPE could be distributed this weekend.

Around 50 NHS workers have now died after contracting coronavirus.

Sara Gorton, head of health at the union Unison, was quoted in the Independent saying: “Health managers must be truly honest with their staff … over the weekend. If gowns run out, staff in high risk areas may well decide that it’s no longer safe for them to work”.

The Government’s move, made last night without consultation with staff unions, followed a “rapid evidence” review conducted by the Health & Safety Executive (HSE) at the behest of the Government’s Chief Scientific Adviser.

While Public Health England states its new advice is “aligned” with World Health Organisation (WHO) advice, WHO guidance on severe shortages states disposable laboratory coats and disposable impermeable aprons should not be used when performing support treatments.

A letter from Public Health England to the entire medical system on PPE sent on 28 March states “Consistent with the WHO guidelines, full sleeve gowns are recommended for high risk procedures (e.g. during AGPs) or where there is a risk of extensive splashing of blood and/or other body fluids.”

The HSE’s new “rapid evidence review” commissioned by the Government’s chief scientific adviser, appeared online with no publication date or explanation of the basis on which it was commissioned.

GMB has written to the Health Secretary with five urgent questions to establish ‘how, when, who, why & what’

Rachel Harrison, GMB National Officer said: “GMB raised critical protective equipment supply issues with the Government more than a month ago. It took until last Friday for Ministers’ PPE plan to be published, and it’s falling apart after just a week. It is key workers on the frontline who are paying the price for this litany of failure.

“It appears Government guidance is being hastily redrawn based on availability, not on evidence or best practice. This is downright dangerous territory and one that will amplify the concerns of NHS staff.

“The Health Secretary now has serious and urgent questions to answer. Trust is draining away. He must urgently explain how this apparently non-clinical decision was made to downgrade public health advice in apparent contravention of global standards and previous advice.

“GMB won’t tolerate a situation where our members are pushed onto the frontline without the basic kit they need to do their jobs safely. NHS and ambulance staff will now face unacceptable risks as a result of gross ministerial incompetence. We won’t let this go unchallenged and will now review the steps we need to take protect our members”

A Department of Health spokesman said clinical advice had been issued today to ensure that if there are shortages in one area, frontline staff “know what PPE to wear instead to minimise risk”.