US federal government spending records are said show a series of payments worth a total of £52,477 were made by the State Department to SLC Turnberry Limited, the company behind the South Ayrshire hotel and golf course. 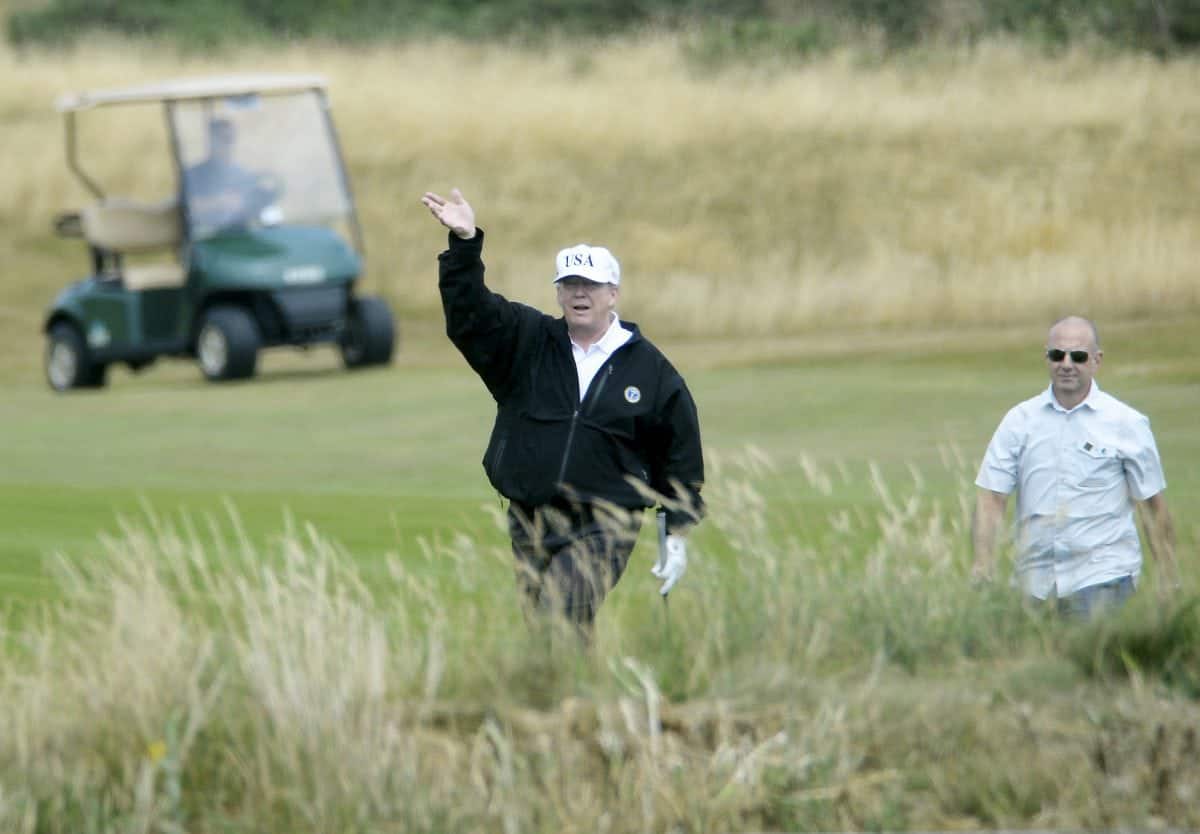 Donald Trump’s Turnberry firm was paid more than £50,000 by his own government to cover the accommodation bill for his weekend stay at his loss-making resort.

US federal government spending records are said to show a series of payments worth a total of £52,477 made by the State Department to SLC Turnberry Limited, the company behind the South Ayrshire hotel and golf course.

The five-figure windfall has been condemned by ethics watchdogs, with one group accusing Trump of “using the power and authority of his office to profit personally”.

The US taxpayers’ money went towards hotel rooms used by Mr Trump and his staff during his two-night stay at Turnberry, where he played two rounds of golf.

A purchase order, part of US federal government spending logs, shows the money was for “hotel rooms” for a “VIP visit” and was paid to a “foreign-owned business not incorporated in the US.”

The paperwork goes on to the identify the direct recipient as SLC Turnberry, which is registered in the UK with Companies House.

Its directors include Eric Trump and Donald Trump Jr. 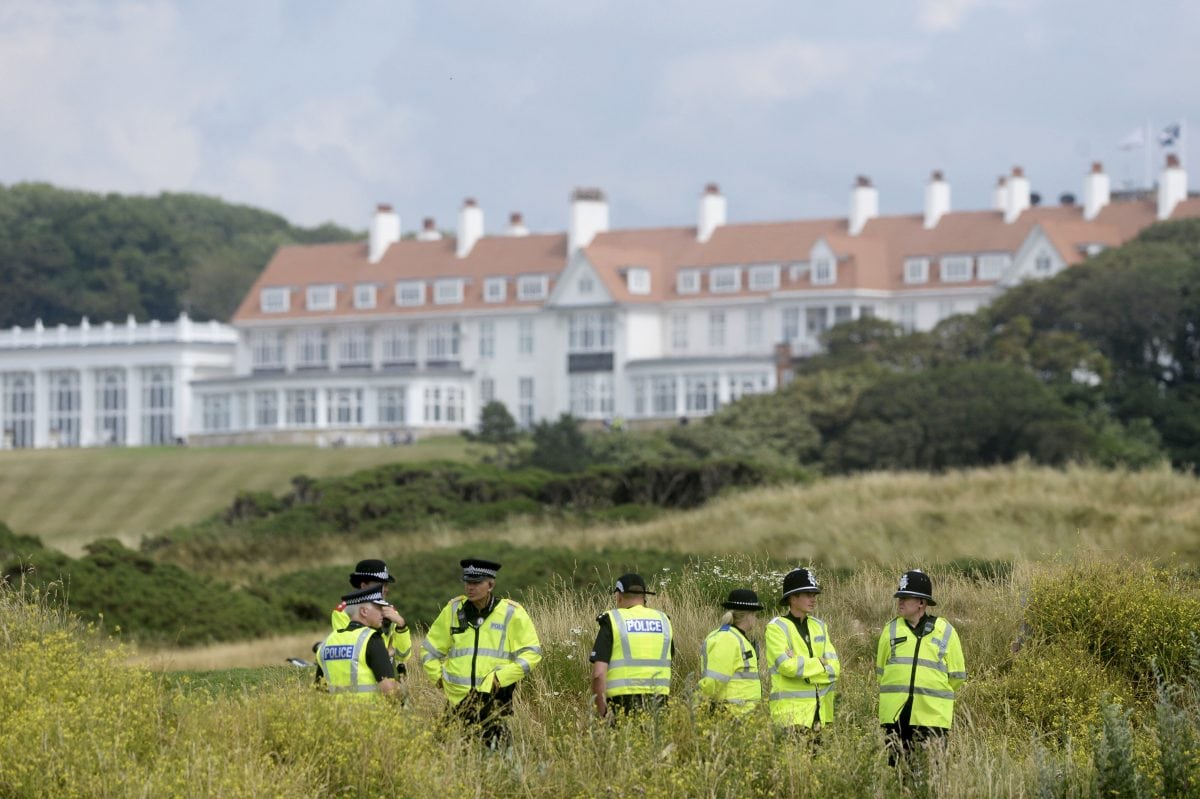 There is no breakdown of the costs, but room rates at Turnberry range from £132 a night for a basic suite through to around £7,000 for the luxury two-bedroom lighthouse suite.

The direct payment of federal funds to Mr Trump’s flagship Scottish company has reignited the row over his refusal to divest ownership of his businesses.

Brendan Fischer, director of federal reform at the Campaign Legal Centre, a Washington DC-based non-partisan political watchdog, said: “This is another example of President Trump using the power and authority of his office to profit personally.

“President Trump not only used the occasion of a state visit to promote his Trump-branded golf course but told US taxpayers to foot the bill.” 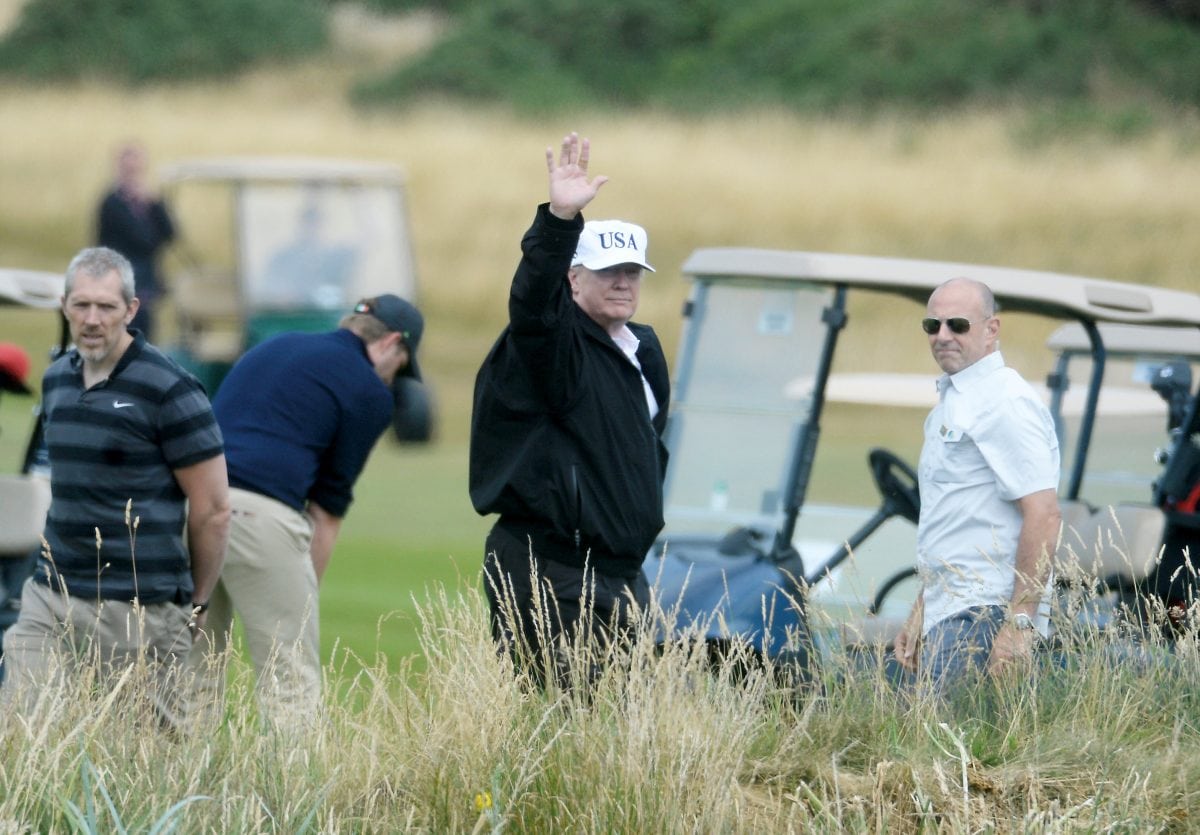 In the aftermath of his election win, Mr Trump vowed to hand control of his businesses to his children.

Along with his daughter, Ivanka, now a senior White House adviser, he resigned his directorship of SLC Turnberry on January 19, 2017.

It is not the first time that Turnberry – which ran up £17.6m in losses in 2016 – has received money from Mr Trump’s government.

In May it revealed how the State Department paid SLC Turnberry more than £5,600 for hotel rooms for another “VIP visit.” 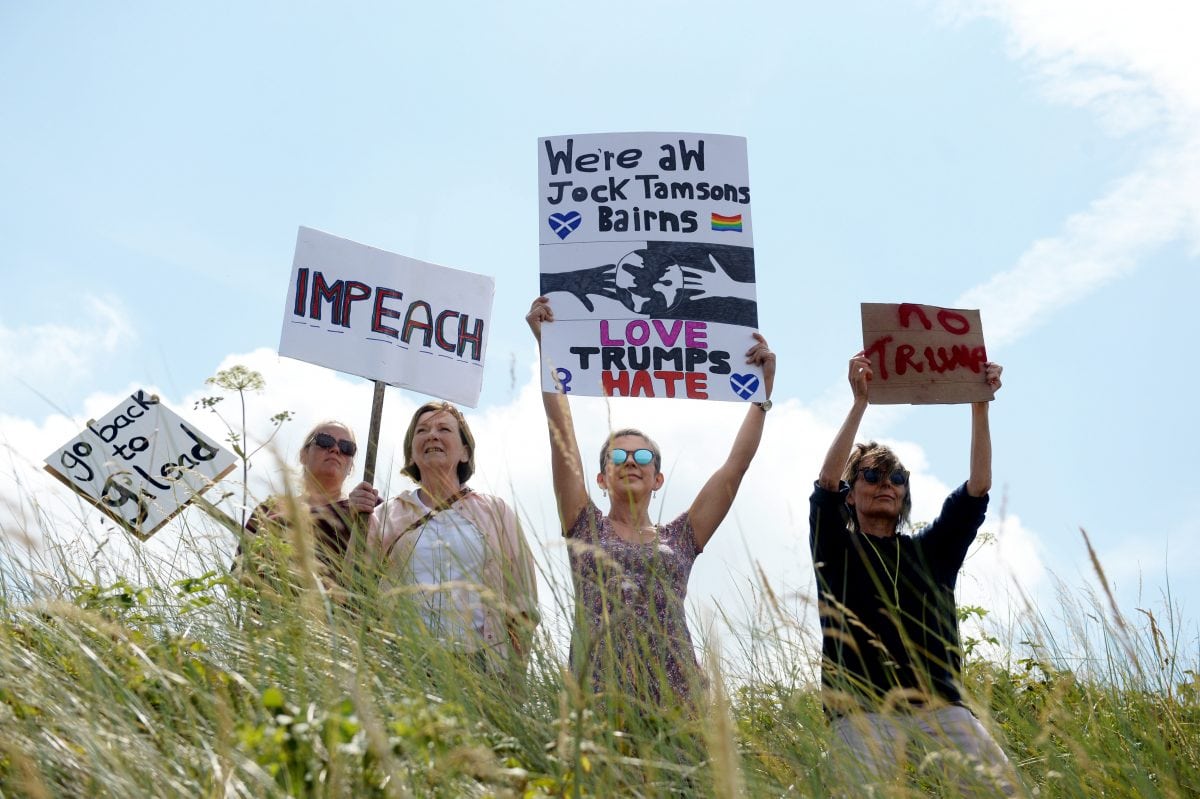 It is unclear whether the latest £52,477 payments cover the entirety of the US government’s bill for Mr Trump’s Turnberry stay, which saw a sizeable Secret Service contingent accompany the president’s party.

Robert Weissman, the president of Public Citizen, a nonprofit consumer advocacy organisation in Washington DC, said that based on past presidential foreign trips, Turnberry was in line to receive around $200,000 (£152,000).

Stephen Gethins MP, the SNP’s foreign affairs spokesman, said: “Not for the first time Donald Trump has serious questions to answer over the conflation of his business interests with his role as president. 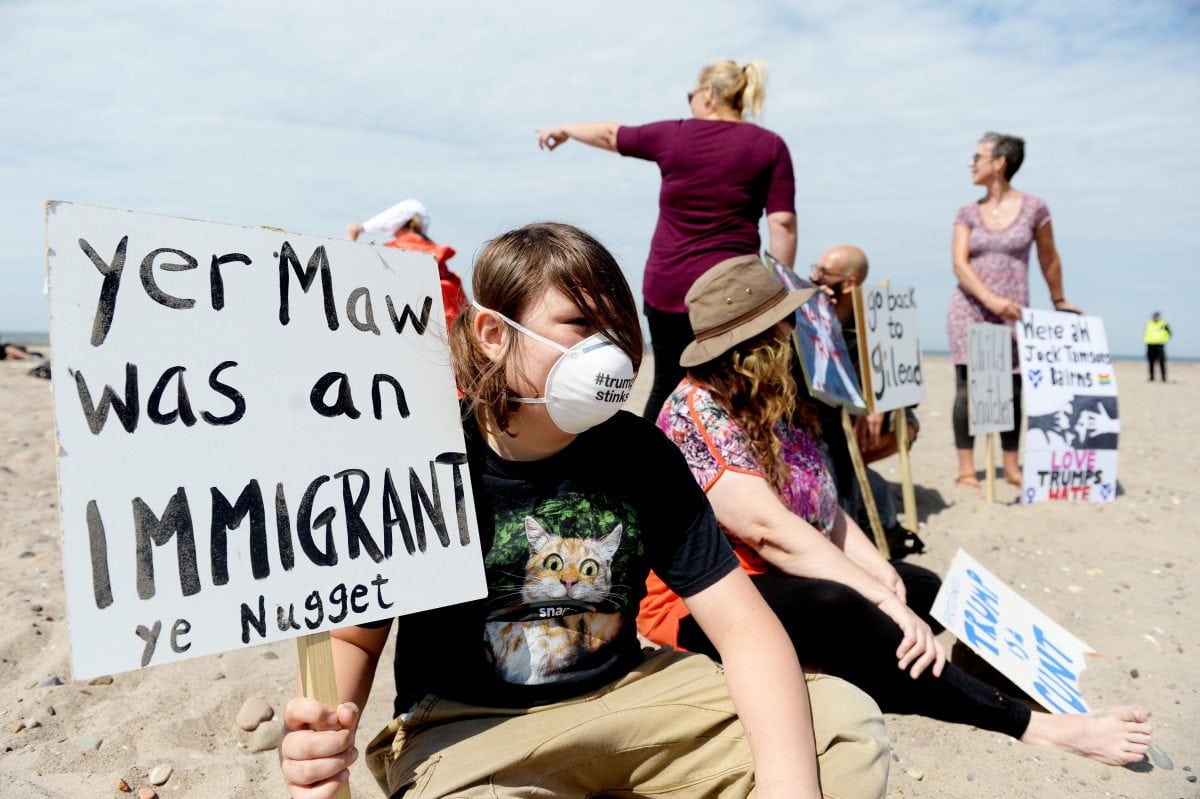 “More worryingly for people in Scotland is the huge multi-million pound cost of Donald Trump’s unwelcome visit, which will be covered at the expense of UK taxpayers.

“President Trump’s visit was not only hugely embarrassing for Theresa May, but it also underlines exactly why so many people object to his abhorrent policies and are deeply concerned about the damage of a Tory-Trump Brexit trade deal.”

A spokeswoman for the State Department said it frequently assists other US agencies in making hotel bookings overseas.

It said the costs are borne by the other agencies.

George Sorial, executive vice president and chief compliance counsel for the Trump Organisation, said: “For United States government patronage, our hotels charge room rates only at cost and we do not profit from these stays.”